Albertans are a fiery breed. For those of us who grew up in Alberta, it wasn’t uncommon for family get-togethers to climb a few decibels whenever the conversation turned to politics. But political discussions in the province today are angrier than I remember. With tens of thousands of people out of work and businesses closing, current debates around climate change, pipelines, and carbon taxes are being construed by many residents as attacks on their identity and way of life. Many also don’t trust the current federal government to represent them. After last year’s election, the nearest Liberal MP is almost 700 kilometres from Edmonton. Everyone I know seems to have a personal story about being affected by the shrinking economy. Is it any surprise that western separatists are back, blaming Canada and the so-called eastern elites for their economic difficulties? Albertans have talked about breaking up with the country before—separatist parties in the province date back to the 1980s—but it was more political stunt than manifesto. Now, there’s a new urgency to the idea and a new word for the mood: “Wexit.” Leaving Confederation has become, almost overnight, a mainstream topic. I went back to Alberta over December and January to speak to members of the various separatist groups. It would be easy to fall back on stereotypes of Albertans and vilify Wexiteers as resentful, oil-spoiled rednecks. Instead, I wanted to present their voices in an unbiased fashion, to let them air their grievances without judgment. The separatists often represent the extreme side of the issue, but their views don’t stray far from opinions you are likely to hear in many homes across the province.

Interviews have been edited for clarity and length.

“I would love to see an amicable separation when Alberta leaves Confederation—one where the rest of the country understands that this is what we have to do for us, for our kids, for future generations; where there isn’t animosity, there is no fight or pushback, and we are able to move forward, creating great working relations and great trade relations within that new structure. That’s what I would love to see. I don’t know if I will, but it’s definitely what we are going to work toward.”

“Let’s be honest: Wexit is, overall, pretty conservative. But, in our group, I know we have people who voted NDP, people from the LGBTQ community, people from First Nations communities, people who wouldn’t vote Conservative but would possibly vote for Wexit because they see the things that are wrong with our country. I was talking to a guy the other day, and he showed me his bank account. He was $800 in the hole. He can’t get any work. And there are a lot of people like him, who are scared, who don’t know what they are going to do, and they’re considering a lot of options that they wouldn’t consider in a normal state.”

“Wexit strengthens Alberta’s position in the federation. Quebec never separated, but it has gotten a lot of benefits based on the fact that it has a party that advocates seceding from Canada. Having a stable and legitimate separatist movement here would deter some of the federal policies that anger Albertans.”

“There is just a complete cultural and ideological divide between east and west. The only way they are going to heal that is if they radically decentralize the federal system. Unless that happens, you are going to have a divided country. It is going to break up, guaranteed.”

“The first thing that we are going to do is not have anything to do with the federal Firearms Act. It is garbage, it is gone. Our gun policy won’t outright ban anything, because we see firearms as private property. A lot of people, especially left-thinking people, say, ‘Guns are dangerous, they kill.’ Well, the vehicle that you drive is more likely to kill somebody than the gun that I own. If I want to pack a firearm around my land, I am well within my rights to do so.”

“When you take into account our lack of representation, our over-taxation, and the repression of our resource-wealth generation capacity, some Albertans view separatism as a last hope for the province. If we don’t break away from what is holding us back, we might never be able to be great again. Sovereignty and the right to govern ourselves—I think that’s what it comes down to.”

“We are moving with momentum right now. We are capturing the hearts and minds of people across western Canada. We are speaking with Indigenous people. Great conversations, great dialogue. Wexit isn’t a left-wing versus right-wing issue. That, I think, is the big thing for progressive readers to understand: this is not an ideological movement, despite the smears and fake stuff that is out there about me and our organization. What we are doing is in the interest of all western Canadians, whether they’re Indigenous, non-Indigenous, or immigrants.”

“Our focus is to demonstrate and show Albertans that an independent Alberta could be massively prosperous. The risks of leaving, we believe, are less than the risks of staying. And, when you actually get down to brass tacks, there are huge benefits. Alberta would literally become a little Dubai in North America.”

Brett Gundlock is a freelance photographer who divides his time between Toronto and Mexico City. His work has appeared in the New York Times, Washington Post, Le Monde, and Time magazine. 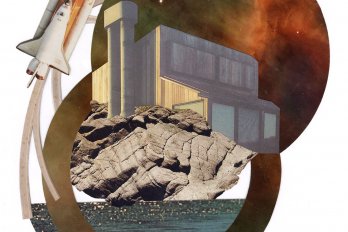 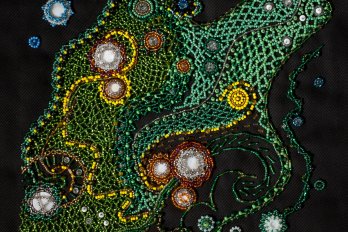 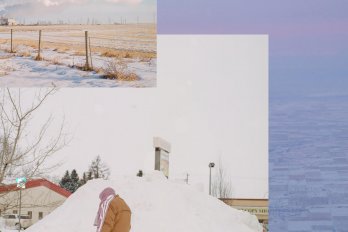