Measuring the Decline of Democracy | The Walrus
Skip to content 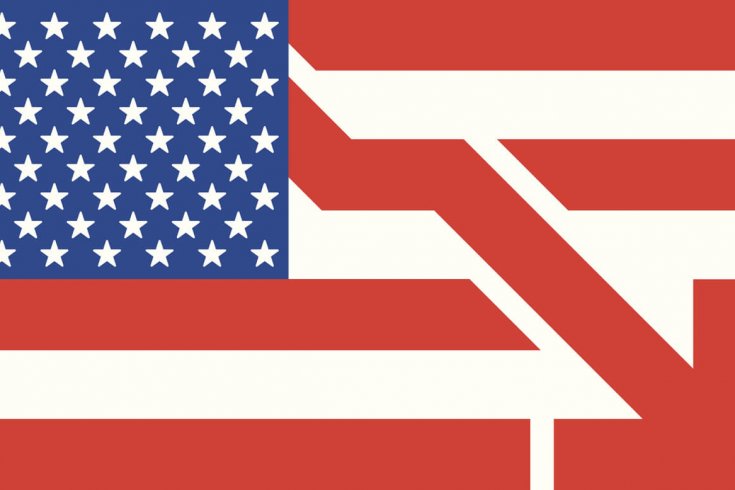 As Donald Trump is sworn in as President of the United States, it is easy to feel a sense of profound unease about the state of the world’s most powerful democracy. This is not least because, for many months now, various publications—including the New York Times, The Atlantic, the Guardian, Foreign Affairs, the Globe and Mail, National Post, and VICE—have been stoking the idea that America’s democracy is in trouble. In a widely circulated column in the New York Times, for instance, Paul Krugman argues that it takes “wilful blindness not to see the parallels” between the US today and other once-great republics that fell, such as Germany or Ancient Rome.

Obviously, it matters a great deal if Krugman and others are correct in their claims. But the question is: are they? More specifically, how can we really tell?

With no disrespect to Krugman, what does not seem adequate is to rely on rough historical parallels, or the mere fact that a populist has been elected as president. Nor is it compelling to point to the public’s dissatisfaction with a specific government or its policies. Opinion polls reveal a lot about how the public feels on certain issues at a given point in time, but on their own say little about the state of democracy as an institution. The research group Environics Institute, for example, found that Canadians’ confidence in government (and belief that it was “not broken”) strengthened measurably in eighteen months after a new government took office following the 2015 election. Many people felt negatively about the Canadian government when Stephen Harper was in power, but it would have been simplistic to conclude from this that the whole of our democracy was in trouble.

Rather, to understand the state of democracy, some hard data is required. And not simply data on the government of the day, but data on the essential features of democracy—such as the robustness of citizens’ political participation, the strength of key rights and institutions, and so on. As importantly, this data must be gathered thoroughly and consistently over a long period of time.

Fortunately, efforts are being made to collect and publish this kind of information. In many ways one-of-a-kind, the World Values Survey (WVS) is the “largest non-commercial, cross-national, time series investigation of human beliefs and values ever executed.” Initially formed to gauge Europeans’ receptiveness to the idea of a European union, the study was expanded in 1981 to have a global scope. Now a worldwide network of social scientists conducts face-to-face surveys every four years, covering almost 100 countries containing almost 90 per cent of the world’s population. Among other things, the WVS provides insight into how citizens’ views on democracy are shifting—and the signs aren’t good.

Many people felt negatively about Stephen Harper, but it would have been simplistic to conclude that the whole of our democracy was in trouble.

According to an article published in the Journal of Democracy in July 2016, support for democracy as a system of government (what authors Roberto Stefan Foa and Yascha Mounk refer to as “regime legitimacy”) is atrophying across much of the Western world. Foa and Mounk analysed WVS data on four measures that they considered to be “clear indicators of regime legitimacy,” covering the period 1995 to 2014. These are: citizens’ express support for their democratic system as a whole; their support for the key institutions of a liberal democracy, such as civil rights; their willingness to advance causes within their political system; and their openness to authoritarian alternatives, such as military rule. Their findings are, as they put it, “deeply concerning.”

On the matter of citizens’ support for democracy as a whole, they found that millennials (defined in the paper as people born after 1980) in Western Europe and the US attach significantly less importance to living in a democracy than older generations. Whereas the latter, born during the interwar and initial postwar years, consider democracy to be “an almost sacred value,” millennials are far less inclined to rate living in a democracy as essential; in the US, only 30 percent did. Millennials also view the traditionally sacrosanct guarantees of a democratic society—such as free speech—as less important than older generations. Similarly, the willingness to engage in formal political channels is falling across the West, manifested by sustained declines in voter turnout and party membership levels. This decline is also most pronounced in younger birth cohorts.

Finally, the public’s tolerance for undemocratic alternatives is increasing. For example, the authors found that the share of US citizens who think that it would be a “good” or “very good” thing for the “army to rule” has risen significantly, from just one in sixteen respondents in 1995, to one in six in 2014. Similar trends have been observed in the UK, Sweden, and Germany. There have also been marked increases in the number of people who favour a “strong leader who doesn’t have to bother with parliament and elections.”

Of course, even these findings are not conclusive. Other factors would also need to be considered, such as whether elected leaders are showing an increased disregard for conventions or law, or whether a country’s judiciary is becoming increasingly politicized. But the data is probative—and useful. Governments interested in addressing these issues can at least know where to direct their efforts.

Where does Canada fit into these troubling trends? If US vice president Joe Biden or The Economist is to be believed, Canada is happily bucking them. They, among others, have hailed Canada as one of the last bastions of liberalism. There may be truth to their claims, but they would be a lot more convincing—and comforting—if backed up by empirical evidence.

And unfortunately, it is unclear how Canada compares to other countries on many of the measures Foa and Mounk looked at in their analysis. Why? Because the federal government refused to fund Canada’s participation in two of the four relevant WVS surveys (opting out of the 1995–1999 and 2010–2014 sets).

As Richard Johnston, a professor at the University of British Columbia and the Canada Research Chair in Public Opinion, Elections, and Representation notes, Canada’s failure to consistently participate in the WVS is unfortunate, as the study “absolutely covers things we’re not seeing elsewhere.” This data is very useful for good policy, says Neil Nevitte, Canada’s former principal investigator for the WVS and a professor at the University of Toronto. You need systematic information to understand, for example, how long it takes for immigrants from non-democratic countries to learn democratic values, or how receptive the public is to free trade. “Anecdotes don’t cut it,” he says.

For this reason, it matters not simply that the WVS asks good questions, but also that it asks the same questions every four years. A lot of surveys only become really valuable if they are repeated, Johnston says. By the same token, it was damaging, says Nevitte, that Ottawa refused to support Canada’s participation in the WVS in 2010 to 2014.

In Johnston’s view, one of Canada’s great failures when it comes to research funding is the government’s tendency to fetishize the new. It gives a lot of money to sexy, novel projects, he says, even though we can learn so much more simply by repeating surveys. “You can start to take apart a history and stories,” he argues. “ I wish Ottawa would set more money aside for replication of existing studies.”

Fortunately, a handful of entrepreneurial academics—including Concordia University’s Guy Lachapelle and Antoine Bilodeau—have secured funding for Canada to participate in the next WVS round. Lachapelle says his goal is to “offer a good-quality research tool” that will enable Canada to better understand its place in the world, as well as regional values on issues like immigration and trade.

While the election of Trump may be unsettling to some, it is no less inaccurate to portend the decline of America because of his ascendance than it is to proclaim the strength of Canada because Justin Trudeau is in power. Democracies are, by design, far more durable than any leader they elect. But they are also not indestructible. We cannot begin to fight for their preservation until we know if, and in what ways, a problem exists.