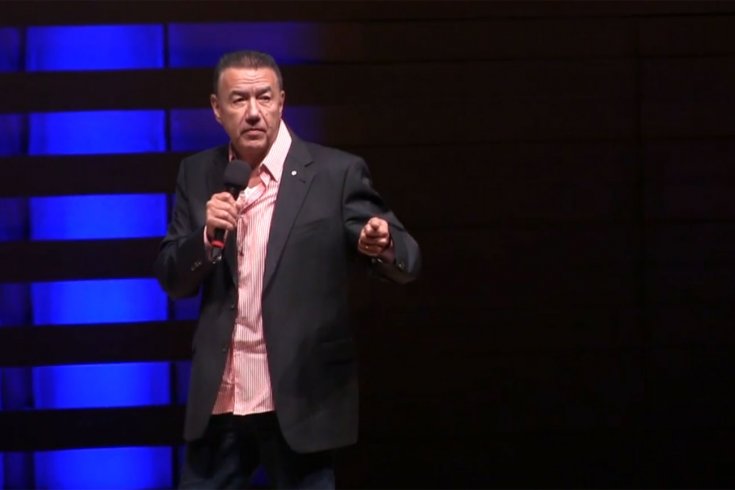 Last month, at the Beth Torah synagogue in Toronto, I attended a fundraising dinner to benefit the Shaare Zedek Medical Center in Jerusalem. This was a Canadian event: None of the guests in attendance are likely ever to require treatment at Shaare Zedek or any other Israeli health facility. Yet they opened their chequebooks anyway. In that single evening, the organizers managed to raise half a million dollars for a hospital operated by their co-religionists more than 9,000 kilometres away.

And even that sum is just a small part of the massive annual charitable fundraising juggernaut that takes place within the city’s Jewish community. The UJA Federation of Greater Toronto alone raises more than $60 million annually in order “to encourage and support Jewish education, Jewish community and to strengthen the quality of Jewish life.”

You don’t have to be religious to be generous. But it helps. According to Statistics Canada:

People who are more religiously active (i.e. those who attend religious meetings or services at least once a week) are more inclined to donate and, on average, they make larger donations. In 2010, 93% of them had given money to one or more charitable or non-profit organizations, and their average annual donation was $1,004. In comparison, 83% of donors who attended less often or not at all had donated, and their average annual donation was $313.

Studies have shown that people with strong religious convictions also often have stronger pro-social and altruistic values, which motivate them to give more of their time and money to others.

Two weeks ago, at a Walrus Talks event held in Koerner Hall, at the Royal Conservatory of Music in Toronto, eight speakers addressed the topic, “The state of philanthropy: How we’re doing it wrong, how it can change for the better, and what giving really means.” The roster included the venue’s namesake, philanthropist Michael Koerner; singer-songwriter Molly Johnson; actor-activist Tom Jackson (more on him below), and other orators who described why and how people give. The most sobering presentation was delivered by Gordon Floyd, co-editor of the Canadian quarterly The Philanthropist, who described why an increasing number of Canadians don’t give.

Since 1990, Floyd told the audience and those live-streaming the event, the share of Canadian tax filers who claim charitable deductions has gone down by almost 25 percent. A significant driver of this trend is the growing secularization of our society.

These days, only about one in four Canadian donors identifies religious obligation or belief—that “love of mankind” sort of thing—as the motivation for their philanthropy. And that type of motivation is the only one that seems to be in sharp decline…the number of Canadians without a religious affiliation has jumped by a third since 1990…[That’s] a big problem for those organizations and causes that depend on philanthropic gifts.

The phenomenon Floyd describes captures one of the paradoxes of progressive thought. On one hand, the modern left celebrates the secularization of society as reason’s victory over superstition. Yet it is the religious impulse to care for the less fortunate—through Christian alms, Islamic zakat, Jewish tzedakah, Sikh dasvandh—that motivates the rich to turn over their wealth voluntarily to the needy. At its best, the religious worldview encourages people to see the needs of humanity, or at least large chunks of it, in collective terms.

I’m not a religious person. Nor are most of my friends. In fact, few of the people I know socially or professionally even bother resorting to that wispy dorm-room phrase, “spiritual.” Judging by my Facebook feed, many of my peers do participate in charity drives—but often of the type that involve corporate-branded fun runs, pouring things over their heads, workplace chocolate-bar sales, and other one-off or annual events. The numbers suggest that these fundraising techniques are not an adequate civic replacement for the sustained, morally driven philanthropic culture undergirded by religious faith.

The final, rousing presentation at Koerner Hall on November 25 was delivered by singer, actor, and philanthropist Tom Jackson. He described philanthropy as nothing less, and nothing more, than an outgrowth of simple love.

Jackson spoke of his own transformation from a homeless, drug-using teenager—a process that began when he came across a man lying on Toronto’s Dundas Street, unmoving and ignored.

The world was walkin’ by, and he was dyin’…On [that] night, I decided to help that guy. You see, the Creator had sent me an angel…I helped that guy and it changed my life…I [too] was dying. I wasn’t breathing. I wasn’t awake. I was starving for air. And my life changed like that. All of a sudden I was alive…I was addicted to love.

It’s telling that, of all the eight Walrus Talks speakers, Jackson (who is Métis) was the only one who spoke directly to his own sense of the divine. Although Canada is now a largely post-religious society, our cultural elites implicitly stake out an exception for Aboriginal spirituality. (If Jackson had said “Jesus” instead of “Creator,” I suspect he would have instantly lost half his audience.)

In fact, many lapsed Christians and Jews I know are far more receptive to the trappings of Eastern, Aboriginal, and New Age spiritual traditions than to their own moribund religious backgrounds. Like many other Canadians, these people are casting about for an alternative way to build a climate of generosity and economic solidarity in a post-Christian country that is being fragmented by social class and chunked up into Internet-mediated cultural silos.

In his speech, Gordon Floyd summarized the problem of secularism with a quote from Alain de Botton to the effect that we all “began to disregard our neighbours at around the same time that we ceased communally to honour our gods.” Finding new ways to build a culture of love-they-neighbour will be one of the defining challenges of this post-religious era.

The Military’s Uphill Battle for Inclusivity

What’s More Dangerous than Leaping Out of a Plane?