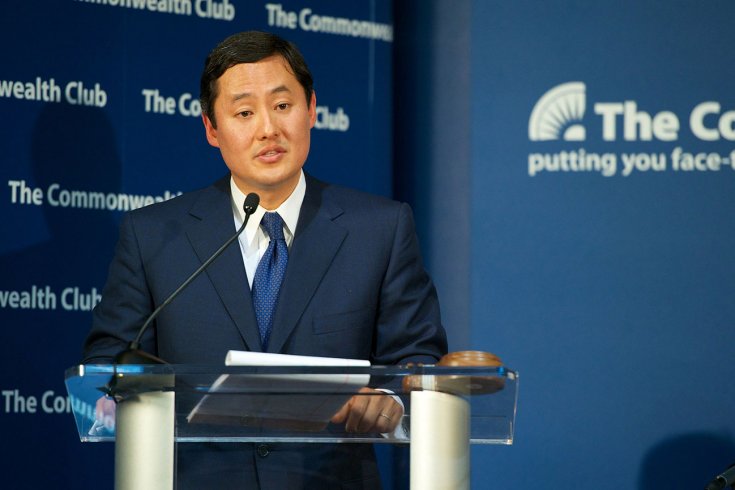 This week, the world is digesting the contents of a scathing United States Senate report on the Central Intelligence Agency’s post-9/11 torture of detainees—a catalogue of practices that includes waterboarding, ice baths, imprisonment in tightly enclosed spaces, and something called “rectal feeding.”

But University of California, Berkeley, law professor John Yoo—who since 9/11 has ranked as America’s most prominent torture apologist—would prefer to shoot the messenger. In a New York Daily News op-ed, the conservative legal scholar argued that the Senate report “marks a new low in congressional oversight of intelligence,” and “risks undermining the ability of [US] intelligence agencies to protect the nation at a time when threats abroad are rising.”

This reaction is somewhat predictable. As Deputy Assistant US Attorney General in the Office of Legal Counsel under George W. Bush, Yoo drafted the original memoranda that provided ostensible legal justification for practices now widely regarded as torture. These included not only waterboarding, but also more exotic techniques: “You would like to place [al Qaeda terrorist Abu] Zubaydah in a cramped confinement box with an insect,” reads one of the top-secret briefs. “You have informed us that he appears to have a fear of insects. In particular, you would like to tell Zubaydah that you intend to place a stinging insect into the box with him. You would, however, place a harmless insect such as a caterpillar in the box with him.” (The upshot? Sounds kosher. Go right ahead.)

Far from being treated as a pariah by fellow conservatives, Yoo has become a go-to Wall Street Journal columnist on the subject of war powers and terrorism: The op-ed page of that newspaper has published him more than a dozen times since 2007. One of his arguments has been that the fabled Geneva Convention does little to constrain the sitting president’s powers. During a time of war, he maintains, virtually any inhumane act can be justified with an executive order. In a widely quoted 2005 debate with Notre Dame law professor Doug Cassel, Yoo agreed with the statement that, given a valid wartime motive, Bush had the right “to torture somebody, including by crushing the testicles of a person’s child.”

And if that sounds like a plot line from some unspeakably macabre film, keep in mind that at least one conservative US Supreme Court justice takes lessons on national security from the TV series 24: when discussing torture at a 2007 conference of international jurists here in Canada, Antonin Scalia told the crowd, “Jack Bauer saved Los Angeles. . . He saved hundreds of thousands of lives. . . Are you going to convict Jack Bauer? ”

Earlier this year, GlobeScan, a research consultancy, conducted a survey of 21,221 adults in twenty-one countries in order to gauge attitudes on torture. The results, which Amnesty International reported in May, show some startling national differences. Presented with the statement “Clear rules against torture are crucial because any use of torture is immoral and will weaken international human rights,” just 10 percent of Canadian respondents expressed disagreement (only South Korea was lower, at 7 percent). In the US, by contrast, the figure was 20 percent—double the level here.

Put another way, fully one in five Americans expressed support for rules that permit torture in some cases. Of the countries surveyed, Nigeria was the only one where opposition to clear rules against torture was higher (25 percent). Much of Yoo’s policy legacy has been dismantled by the Obama administration. (His first week in office, in 2009, Barack Obama signed an executive order that banned torture.) Nevertheless, for the so-called land of the free, these numbers are something of an embarrassment.

They also comprise a stain on American conservatism—because the species of thinking that justifies torture has a definite rightward tilt. In a paper published last year in the journal International Organization, Rutgers University political scientist Geoffrey P. R. Wallace indexed American survey data regarding torture with the self-declared political leanings of respondents. When asked whether the US should use combatant interrogation methods involving torture, in violation of international law, only 21 percent of liberals answered affirmatively. For conservatives, the figure was 53 percent.

An interesting aspect of Wallace’s data involves the stigma associated with broaching multilateral covenants. When liberals were informed that torture violates international law, the proportion of respondents agreeing with its use fell by about a third. In the case of conservatives, the corresponding drop was statistically negligible.

In other words, when it comes to torture, a majority of American conservatives simply don’t seem to care about the Geneva Convention. (Wallace’s numbers, summarized in table 4 of his report, also show that support goes up when the tortured combatant is described as an “insurgent,” and when the respondent is male.)

It’s somewhat unfair for Canadians to cast judgment on Americans in this area: Unlike the US, we did not lose nearly 3,000 victims (and a giant chunk of our largest city) to a single terrorist plot. And it’s understandable that many Americans, at least when that wound was fresh, would have taken a by-any-means-necessary approach to fighting terrorism (despite the fact that torture-based interrogation methods are generally ineffective). As Wallace himself notes, research shows that compliance with human-rights treaties declines “when states are confronted with challenges to their security.”

But Wallace’s data reveals that certain aspects of the American ideological landscape make that country particularly vulnerable to what might be called Jack Bauerism: in no other advanced Western nation is reflexive hostility to multilateralism such a prominent component of mainstream conservative thought. The Geneva Convention, after all, is not merely some trendy left-wing bafflegab cooked up at one of those Durban conferences, but rather the very cornerstone of international humanitarian law.

When the US government began legitimizing the use of torture to extract information from al Qaeda suspects, the methods were meant to be restricted to true terrorists. But the result, predictably, has been that all Americans now are more inclined to fear their government. In response to the statement “If I were taken into custody by the authorities in my country, I am confident that I would be safe from torture,” 32 percent of Americans participating in the Amnesty International survey indicated disagreement. In Canada, by contrast, the figure was just 21 percent; in Australia, 16 percent; in the United Kingdom, 15 percent. These were the three lowest figures among all twenty-one surveyed nations.

Those low numbers are a testament to the more humane rule of law—including bedrock elements of international law—that holds sway in the Commonwealth. As Americans consider how George W. Bush’s legal advisers went off the rails in the aftermath of 9/11, they might look to this trio of allies for examples of countries that have successfully fought the war on terror without resorting to torture chambers.