Love Letters from the Battlefield | The Walrus
Skip to content

The silence was broken by rapid staccato. Tap. Tap, tap, tap. Not gunfire but anxious fingers typing words onto creamy white paper with Canadian Legion War Services letterhead at the top. A soldier was writing a letter to a girl on the other side of the world. 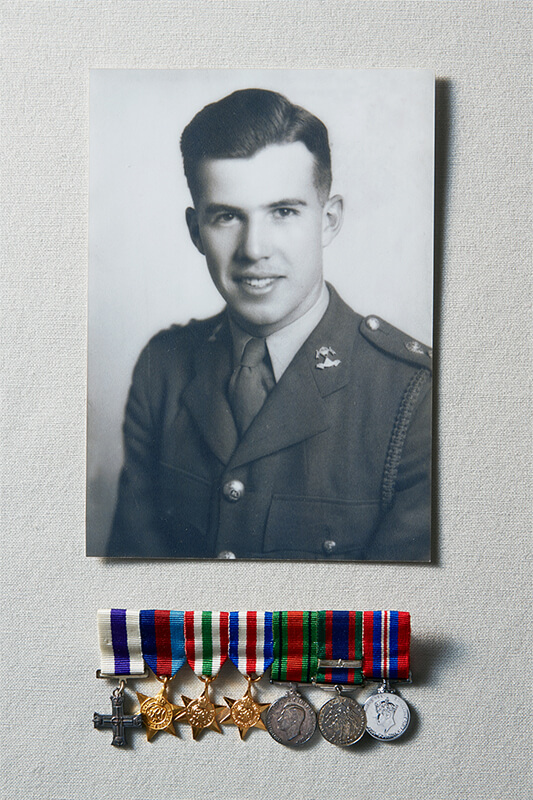 It was the middle of March 1944, in the hills of central Italy. The Canadian soldier, a lieutenant commanding a tank troop in the 11th Canadian ­Armoured Regiment, was waiting for the rain to cease so his men could start ­moving again through the rough and sodden terrain. He didn’t write about what could lie ahead: the next assault on Monte Cassino, already one of the Allies’ deadliest battles in the Italian campaign.

The Canadian soldier, Harry Mac­donald, my grandfather, had sent Jacquelyn Robinson dozens of letters, spanning several years—letters written in spidery cursive by candlelight as rain ­pounded down on corrugated rooftops or amid the blasts of nearby shelling. His letters were often rushed or cut short, with some started and finished with hours or even days in between. He ­frequently apologized for his messy handwriting, hoping his words would be legible. One letter, sent five days before, written in haste, contained a question for which he anxiously awaited a reply. The letter had begun with a familiar two words, “Dear Jacquie,” and ended with a ­question: “Will you marry me?” But, impatient for an answer, he wrote her again.

It was March 14 when he found the typewriter. He needed his words to be as clear and as confident as his thoughts. “When I think that even now I could be calling upon you, taking you to a dance, going to a show and doing those things normal people could be doing I feel personally one of the greatest horrors of war—the separation of men from those they love,” he typed. “However, I suppose that if it wasn’t for the fact that I’m in the service it might have taken ­longer for me to realize just how lucky I am. I hope for the best, darling, no matter which way things turn out.”

He signed the bottom of the page, folded the sheet, and slipped it into an envelope and carefully wrote a Vancouver address. Now he waited, not knowing what would come first: death or a reply.

As a special feature for our online readers, Harley Rustad recorded his grandfather reading aloud some of the letters he wrote six decades before.

Harry ward macdonald and Jacquelyn Ruth Robinson met at the 1941 May Day parade in Vancouver. He marched as an eighteen-year-old cadet of the Seaforth High­landers, and she accompanied the May Queen as a fifteen-year-old flower girl. Over the summer, Jacquie and Harry saw each other often. They picnicked along Kitsilano Beach and danced on the springy ­wooden floor of the Commodore Ballroom. The war in Europe seemed a world away from the breezy streets of ­Vancouver. But soon the gunfire and shelling, the gears and grinding, and the call to fight grew louder.

On October 10, 1941, Harry enlisted ­into the Canadian Active Service Force, one of more than 1.1 million Canadians and Newfoundlanders who would take part in the war. He filled in the attestation paper with the particulars of his young life to date: full name, address, religion, trade or calling, and next of kin. He said goodbye to his mother, his father, and his three younger sisters as he prepared to leave for training in Ontario. The evening before his departure, under the stars and drooping branches of a willow tree at the end of Jacquie’s family’s driveway, the young couple said good­bye. On a sign under the tree was an address—4545 Langara Avenue—that would come to represent not just home but hope.

Through the following winter and spring, Harry and thousands of other enlistees received basic weapons training at Camp Borden—the Canadian Forces base north of Toronto. Harry considered entering the air force, but when a sergeant he respected suggested he join the tank corps, Harry signed up. During training, he struggled with firing the 75mm guns of the thirty-tonne ­machines. “Someone could have stood beside the target and have been perfectly safe,” he wrote Jacquie. “Must have been that awful beer we have in the mess.” ­Instead, Harry found he was better at driving and commanding a tank.

Harry’s letters to Jacquie were few at the beginning, as if the two were testing whether the physical distance ­between them was going to prove too much. But the letters kept flowing back and forth—at first across the country and then across continents and oceans. During the Second World War, letters from loved ones and family were a crucial respite for soldiers on the front lines. They were a panacea and a lifeline and a boon to spirits. “It is almost impossible to over-stress the importance of this mail,” wrote then US postmaster general Frank C. Walker. “It is so essential to morale that army and ­navy officers of the highest rank list mail almost on a level with munitions and food.”

When he reached England in the spring of 1943, Harry was assigned to the Ontario Regiment and saw his first action against German troops in North Africa. Wherever he was deployed, he found paper and pen. “Letter writing has so many drawbacks,” he wrote Jacquie. “I want to be able to hold you and ask you in words that are spoken, not ­written. I want to see you in the flesh, not just to picture you in my mind.” Harry joked about being envious of those he called “Varsity wolves”—men who stayed home rather than enlisting, who could eat steaks and sip milkshakes rather than ­suffer through the bully beef and cold tea he was surviving on, or who could go out dancing rather than face the front lines.

Jacquie kept ­writing as she graduated from high school and began ­classes at the University of British Columbia. Mailed from Vancouver, her letters were sorted at a city post office, carried by train across the country, and then ­loaded onto a ship bound for England. There, they joined thousands of letters that had ­entered the Allies’ military mail system, then were dispatched to wherever Harry was listed as serving. From ports under ­Allied control, the letters were transported ­toward the front and then carried by hand to a base sorting facility—where, ­finally, they would reach Harry. Despite the distance, Jacquie’s letters often took only a few weeks to find his hand—but they were weeks of anxious waiting.

In the spring of 1944, the 11th Canadian Armoured Regiment continued to trudge through southern Italy toward Monte Cassino. After sending his proposal, Harry dispatched four subsequent letters explaining his intent and plans for their future ­together. “Remember our last evening under the guiding influence of the willow tree? What a hopeless case I was then. What an opportunity I missed,” he typed in the March 14 letter. “I think I did manage to blurt out, ‘I love you,’ in somewhat uncertain terms. Time has changed that uncertainty into the most definite thing I know.”

Then, on April 23, Harry was ­handed a blue, folded air-mail letter written and dated exactly one month before. In the top corner was a tawny Canadian stamp depicting the Parliament buildings in ­Ottawa, and on the back, in familiar handwriting, was the address under the willow tree. It was the reply from Jacquie he had been waiting for.

“Dear Harry,” she began, “There is a letter in front of me that just arrived today. The most wonderful letter in the world, I just can’t find words to tell you how wonderful it is. I have read it at least a dozen times in the last hour and I’m afraid I am still drying up the tears.”

She mentioned how she had collected pennies in the hope of saving enough to travel, to see England one day, and how they could go together. “I am ­only ­eighteen darling, but I do know what I want, and believe me, right now I must be just the happiest girl in the world. There is only one answer I could ever give you, and that is ‘yes!’”

Harley Rustad (@hmrustad) is a features editor at The Walrus and the author of Lost in the Valley of Death: A Story of Obsession and Danger in the Himalayas (2022) and Big Lonely Doug: The Story of One of Canada’s Last Great Trees (2018).
Vicky Lam

Vicky Lam is a Toronto-based photographer whose work has been published in Reader’s Digest, Toronto Life, and Best Health. 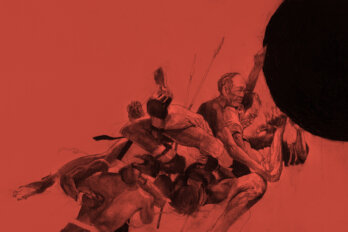 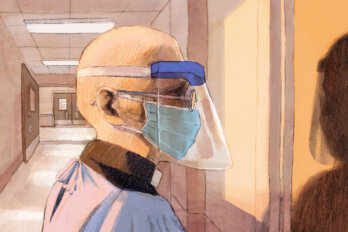 I Became a Pastor during the Pandemic 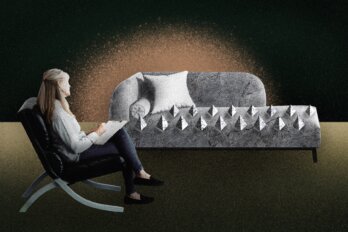 Who Gets to Be Mentally Ill?