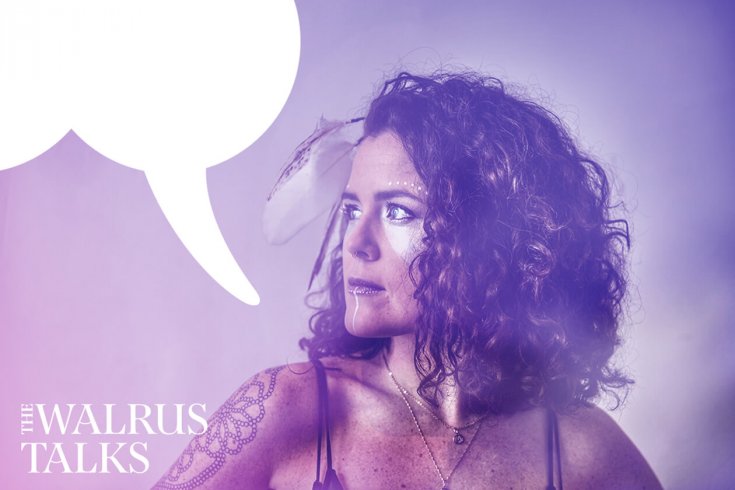 Electronic Indigenous singer-songwriter Iskwe experienced the world very differently than her grandfather did, because she was not visibly Indigenous. Here’s what she learned through his stories of pride and cultural teachings.

You can listen to Iskwe’s talk or read it below.

My name is Blue Sky Woman, but you guys can call me Iskwé. I come from the Cree, I come from the Métis, and I come from Treaty 1 territory. But before all of this, I come from the stars. In Cree culture, we are taught that we are descendants of the star people. The ones who shared with us our knowledge and our understanding. Shared with us teachings, maps of the sky. They’re the ones that gave us fire. We were taught that we return to the sky when we’re finished walking here on Earth and when you look up to see a falling star, you’re seeing the comings and goings of the star people, our ancestors.

So, tonight as we’ve come together here on the traditional lands of the Anishinaabe, the Chippewa and the Ojibwe, and the Wyandot. I share with you some of the stories of my ancestors.

I’d love to first introduce you to Nimosôm, my grandfather. I did a very large part of my growing up with my Gramps in Winnipeg, Manitoba. He was most definitely my best friend and one of the people that I loved most in this world. But we grew up in two very different Winnipegs. See, he grew up brown in a city that didn’t take and doesn’t really take kindly to brown people all that much, especially if said brown people are Indigenous. And I grew up in the same city, but I grew up with fair skin and freckles and blue eyes. And this allowed me to walk in two worlds, because this allowed me to walk in the world of my Indigenous ancestry and my family, my culture, my language. But it also allowed me to walk outside of that, into the other worlds.

So while Nimosôm was kicked out of establishments, followed, beat up, all because he was just another Indian, my skin offered me, what he liked to call my, “get-out-of-jail-free card.” I always remember him telling me about this one establishment in Winnipeg in particular that when he was growing up, him and his brothers were never allowed into. They would get kicked out the moment that they would try to come in, all because they dared enter while being brown. And however, some like 30-ish years later, he had a granddaughter who walked in two worlds and had no problem entering this very establishment.

So what did my grandpa do? Well, he bought me an annual membership, four years in a row. I remember this one day in particular where he came with me to have coffee at the cafe that was inside this building and I remember watching him as he was walking down the hallway, uncomfortably, looking up at this wall. It was their community Wall of Fame. And as he walked along he came to pause in front of a group of photograph faces and looked up at them, these people of community pride.

He started pointing and he said, “This guy right here used to beat me and my brothers up. Him and his buds.” He started to tell me these stories, and I could see on his face that this story didn’t fall into the same category of neighborhood scraps that he’d been in enough times. He grew up in downtown Winnipeg, it’s a tough, tough place. But this one left scar tissue.

He then continued to tell me several other similar stories about other folks on this very wall. And I just stood there and listened. I held his hand in my mind because, even though his heart was full of love, affection wasn’t his strongest attribute. But he felt me, and we always held each other up.

See, while my Gramps walked this world with brown skin, the judgments following him at so many corners, I found myself in a bit of an opposite sphere. Where people assumed I was anything and everything but Indigenous. I can’t tell you how many times this has led me to find myself in situations where people assume that I’m going to understand or relate to what they’re saying. I remember in high school, folks would enter these heated conversations at parties that we might be having, about how tired they were of how the government kept giving all the Indians handouts. How the drunks downtown need to get up and get jobs, “those fucking savages.” How the only good Indian, is a dead Indian. And this is when I was in high school.

Eventually though, those people stop saying these things to me, because I wouldn’t stop saying things in front of them. Things like, “Hi, I am those people that you’re talking about. I am the legacy of my ancestors. I am a good Indian, and I am alive.” See, what I had learned after all those years watching my grandpa struggle internally with his identity towards the outside world, while listening to his hush stories of pride and cultural teachings, stories that I had later learned, skipped a generation of my mom and my aunties and were taught to me in somewhat of a trepidatious way, I learned the strength of remembering. Remembering each and every story my grandpa told me, remembering the way his face lit up when he stood to honor the Indigenous graduates at the Children of the Earth pow wow. Remembering how proud I was to hold his legacy in my heart.

Because even though we grew up in two very different Winnipegs, and even though our experiences might seem polarized to the naked eye, his being brown and Indigenous at first glance, and mine, well, being anything but, even though there were moments where his fear for my safety became all he could think of when he watched me speak up for our people. Even through all of this, we remembered.

Iskwe is an Indigenous pop and electronic music singer who received a Juno Award nomination for Indigenous Music Album of the Year in 2018 for her second album, The Fight Within. Iskwe garnered a win at the 2017 Western Canadian Music Awards for Electronic/Dance Artist of the Year. In 2018, she received a SOCAN Songwriting Prize nomination for the song “Healers.” 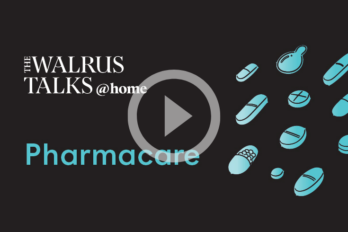