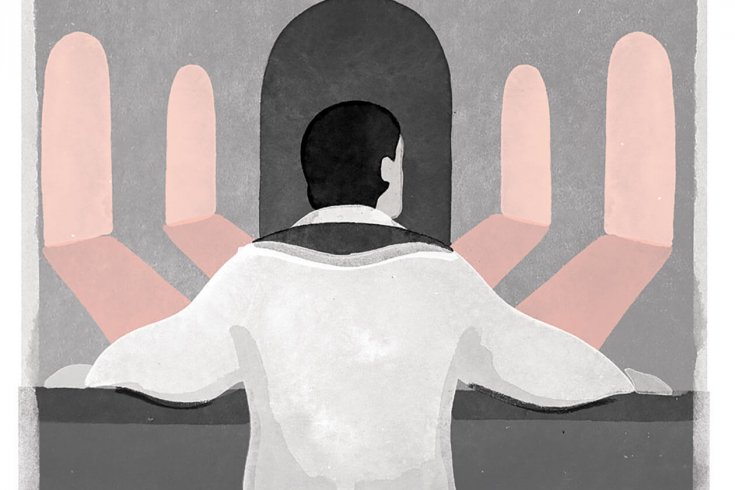 A priest’s first weekend in a parish is usually an opportunity to share a little something about himself: tell a few jokes, maybe offer some lighthearted message to get people through the week. As I prepared for my first homily as associate pastor at St. Peter’s Church in Toronto, in 2012, I thought that some humorous cultural observations might be in order. As an American who had only visited Canada once before, I had a whole array of witticisms prepared—up to and including a detailed comparison of Tim Hortons and Dunkin’ Donuts.

A few days before, however, four shooters opened fire into a crowd of 200 on Danzig Street in Toronto, leaving two dead and twenty-four wounded. Soon after that, in Aurora, Colorado, another mass shooting took place, this one in a movie theatre during a showing of The Dark Knight Rises. As remembrances of the movie-theatre victims began to flood the media, the story of Jessica Ghawi stood out. Ghawi had narrowly missed another shooting, in the Toronto Eaton Centre, seven weeks earlier. She wrote at the time in a blog post: “I was shown how fragile life was on Saturday….I was reminded that we don’t know when or where our time on Earth will end. When or where we will breathe our last breath.” A short time later, she was killed 2,400 kilometres away from home—another statistic in a summer of shootings.

As an American, I felt a bit funny preaching that weekend in 2012. In the collective imagination of blue-state America, Canada is the place that has its act together on many of the social issues that we in the United States haven’t solved. Along with universal health care and an embracing immigration policy, the country’s gun control makes many of my progressive-minded countrymen gaze longingly to the north. But, as I spoke with parishioners before taking the pulpit that weekend, I heard more than a few express the fear that Canada was becoming more like America.

One of the counterintuitive aspects of my job is that when I am called upon to console, the ultimate message is not supposed to be my own. In the midst of calamity—mass shootings, car accidents, even an upsetting medical diagnosis—most people find it hard to come up with words of comfort because there are no words to ease the shock and pain of the facts. We priests, rabbis, ministers, and other members of the “spiritual-industrial complex” try, in our best moments, simply to walk with people in their shock and pain. We hope to remind others of the idea that no matter how bad the individual chapters of one’s life might be, the larger story of our collective life on this Earth will turn out okay.

Writing about these things now, I have to confess to feeling somewhat at a loss—this time not because I am an American but because I am a Catholic priest. This past August, a grand-jury report from Pennsylvania cast a harsh light on the depravities of many Catholic clergymen over the past decades. Worse yet, those in charge went to great lengths to cover up those actions in a way that further injured the victimized. I belong to an organization that, for too many, is not seen as a place of safety, let alone a place of comfort in our darkest times.

For some Catholics, the temptation is to just chuck it all. Indeed, despite what I do for a living, the thought has occurred to me over the years. I am stopped by the meaning of Jessica Ghawi’s words: “We don’t know when or where our time on Earth will end.” We all—including me—still need the comfort that the larger story will turn out okay. As a Catholic, I believe that the person who founded our faith—however supernatural or ordinary one understands Jesus to be—did not focus that message on institutions but on those who had been victimized and cast out. It falls to those of us in ministry to communicate this idea—no matter on which side of the border we happen to get our coffee.

Tom Gibbons is based in Los Angeles. He is the director of development for Paulist Productions, a faith-based media company.
Tallulah Fontaine 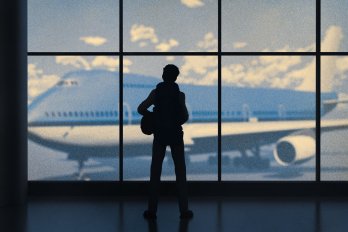 One Person Can’t Save the World