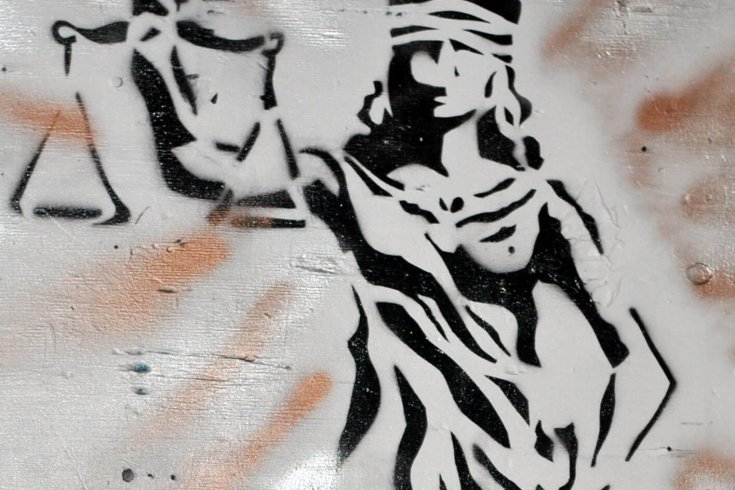 The demands that St. Francis Xavier University cancel a scheduled talk by a respected Toronto criminal lawyer, Marie Henein, is not just a personal attack on a brilliant female lawyer. It is an attack on the fundamental values of our criminal justice system and reflects a profound misunderstanding of the role of defence counsel.

No one needs reminding that Henein successfully defended Jian Ghomeshi earlier this year. He was acquitted of sexually assaulting three complainants, and the charges in relation to a fourth complainant were withdrawn after he entered into a peace bond and issued an apology to her.

Those who have publicly called for Henein’s talk to be cancelled complain about comments she made about victims of sexual violence during Ghomeshi’s trial and the disregard she showed to the complainants. They also suggest that giving Henein an opportunity to speak to students will perpetuate rape culture in Canada. Lucille Harper, executive director of the Antigonish Women’s Resource Centre, is quoted in a November 22, 2016 article in the Toronto Star: “They ignore the fact that in bringing this person in, you are potentially retraumatizing students on your campus who have experienced sexual violence, or making it really clear as to what might happen should you come forward and disclose sexual violence to the police and go forward through a criminal justice system, that you may very well be facing someone like Marie Heinen.”

A student opposed to the talk complained in a CBC article that selecting Henein to speak to students serves to silence victims and perpetuate rape culture. “After all the controversy last year surrounding this trial and all the controversial things she said about women and victims and survivors in the past, it’s such a disservice to students who are victims of sexual violence, who should feel safe coming forward, especially on a university campus,” she said.

But Henein did not make any public comments about the complainants in the Ghomeshi trial. In fact, she seemed to have made a conscious choice not to speak to the media at all during the trials. She did one interview on the CBC after the verdict in the first trial in which she talked about the trial process and the controversy surrounding the verdict. She did not speak about the complainants or victims of violence generally. And there was absolutely no suggestion from the judge or the Crown attorney that Henein did anything but act with professionalism and integrity throughout the trial.

Attacking defence lawyers like Henein, who do their job professionally and with integrity, will not solve the problem of sexual violence against women.

So what are the protesters talking about when they say Henein’s comments about victims will threaten the safety of their campuses? They must be referring to the questions she asked of the complainants in the courtroom during cross-examination. They must be suggesting that the very act of questioning and testing the credibility and reliability of what a complainant said happened to them is in and of itself problematic; that the very fact the complainants were subject to cross-examination (had to “face someone like Marie Henein”), without any reference to its content, perpetuates rape myths; that by simply doing our job, defence counsel are the problem. To accept this argument is to suggest that defence counsel ought not to be able to question or challenge claims of sexual violence at all, lest we contribute to the culture of violence against women in Canada.

That is a very dangerous position to advance. It threatens to undermine the presumption of innocence and the rule of law in Canada. One of the hallmarks of our justice system is that individuals charged with a criminal offence are presumed to be innocent. The Crown bears the burden of proving their guilt beyond a reasonable doubt. We cannot prevent people from making false accusations of crime (including sexual assault), but the presumption of innocence and the high burden on the Crown protect all of us from being wrongly convicted of an offence we did not commit.

Sexual violence is a very real problem in Canada. Women are victimized far too often, many by people they know. This is a problem that deserves focused attention.

The answer, however, is not to make it easier to convict people or to reverse the burden of proof. If we did that, we would be dangerously increasing the risk that people will be convicted of crimes they have not committed. That is a price that is too big to pay. More importantly, attacking defence lawyers like Henein, who do their job professionally and with integrity, will not solve the problem of sexual violence against women.

It is the role of defence counsel to protect the rights of an accused person. It is our job to ensure that every person accused of a crime (and facing the possibility of jail if convicted) receives a fair trial. It is our job to test the evidence put forward by the Crown to see if it can meet the high standard of proof for a conviction. If the Crown’s case depends on evidence from a complainant, it is the job of defence counsel to test that evidence through cross-examination.

By doing my job, I am not disrespecting women or perpetuating rape myths. It is not my job to comfort complainants (there are others in the criminal justice system who do that) or simply believe everything a complainant says. I am required to treat everyone in the court, including complainants, with courtesy and respect. But if I were to simply accept what a complainant says without question, as the protesters seem to suggest I should, I would be failing in my professional obligations to my client.

The fact that I am a woman does not change my professional obligations to my client and the court. There is a gendered undertone to the criticisms of Henein. How could a woman challenge another woman’s story of abuse? How could a woman ask the court to reject the testimony of someone who says she was the victim of sexual violence? The suggestion is that women defence counsel are betraying their gender by representing men charged with sexual violence. Ironically, this argument itself perpetuates old-fashioned stereotypes and myths about women and our true value in society.

Decades ago feminists fought for the recognition that women can be more than care-givers. They fought for equality of opportunity. We must not revert back to measuring women on our ability to comfort and protect and care for others. Attacking female defence counsel for doing their job, and doing it well, sends a troubling message to women entering our profession that true equality is still a long way off.

As a woman, I care deeply about putting an end to violence against women, including sexual violence. The focus of those efforts, in my view, should be on prevention. But as long as we resort to the criminal justice system (and I expect for good reason we will continued to do so), I will vigorously defend my clients’ right to a fair trial and will hold the Crown to its obligation to prove criminal charges beyond a reasonable doubt. I am no less a feminist because of my chosen profession—and neither is Marie Henein.

Breese Davies (@breesedavieslaw) is a criminal lawyer based in Toronto.