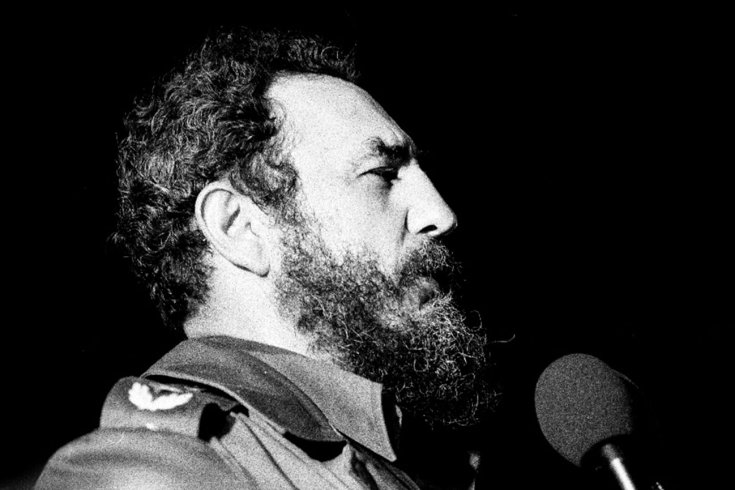 Even ninety years old, and clearly in poor physical health, Fidel Castro remained a major international figure until his death on November 26. In recent years he appeared rarely in the media, but political leaders and celebrities who met with him in his modest Havana residence commented regularly on his lucidity. It was rarely mentioned that this frail old man got around by using a walker, was bent over, and was clearly paying the price for his decades-long lifestyle of working long days.

When Justin Trudeau visited Cuba on November 16, 2016, a crowning moment would have been a meeting with Fidel. After all, Canadian-Cuban relations run deep: Pierre Trudeau had developed a longstanding personal relationship with him, starting with the prime minister’s groundbreaking 1976 visit to Cuba. Several personal trips followed, and the Trudeau family’s invitation for Castro to be an honorary pallbearer in 2000 at his funeral, spoke volumes of the strong ties. But Justin Trudeau did not get the chance to meet with the ailing former president—and probably Fidel’s fragile condition was the reason behind this.

My own meetings with Fidel Castro started in January 1989, when I participated in celebrations to mark the thirtieth anniversary of the Cuban revolution as an academic observer. In 1994 and 1996 I accompanied Nova Scotia premier John Savage to Cuba as his counsellor-interpreter, for a series of meetings with the Cuban leader and members of his cabinet. In the post-USSR world, Cuba was keen to open up to foreign investment, and badly needed to find new trading partners. Savage brought two large commercial delegations on both trips, which dramatically increased trade between the island and Nova Scotia.

Castro joked that, if he were invited to Halifax he would not call for for the province’s independence with “Viva Nova Scotia libre.”

Prior to a reception at the official residence of Canadian Ambassador Mark Entwistle, Savage had asked me about presents that he could bring for Castro. Would some Irish crystal do? Or some books with photos of Nova Scotia? I suggested something rather different that, looking back now, seems rather bizarre—although it proved a big hit. Following a few drinks at the reception, the premier presented the Cuban president with two sets of Nova Scotia licence plates—“Cuba Sí” and “Fidel 1”. Castro thought that these gifts were hilarious, and promised to put the “Fidel 1” plates on his jeep—a moment recorded by Cuban TV. In the following days Cubans would stop the premier and congratulate him on his innovative gift.

At another reception on that 1994 trip, this time at the Palace of the Revolution, Castro began with the good news that he would not give one of his long addresses. Instead he gave a concise speech, explaining the nature of Canada-Cuba relations. He referred to the July 1967 speech on the balcony of Montreal City Hall by Charles de Gaulle, where the French president proclaimed “Vive le Québec libre.” Castro joked that, if he were invited to Halifax, he would not embarrass Savage by addressing the legislature and calling for the province’s independence with “Viva Nova Scotia libre.”

Castro described differences between our two nations, concluding, “Yet despite these differences they have been our best friends—the most firm and loyal, the most independent . . . I have always given Canadian-Cuban relations as an example to follow. What a pity that, instead of having the United States so close by, and Canada so far away, it wasn’t the other way around.”

Castro clearly respected the Canadian position towards Cuba. Canada, along with Mexico, was the only country in the Western hemisphere not to break relations with revolutionary Cuba in the 1960s—despite significant pressure from Washington. The 1976 Trudeau visit was the first by the leader of a NATO country—occurring in the midst of the Cold War. It was not without criticism, however, rather similar to that which accompanied Justin Trudeau’s visit to the island.

Today, after a decade under Stephen Harper, who made some rather offensive remarks about the Castro government, Canada-Cuba relations are finally starting to move forward. Not only do we have the largest foreign investment (the Toronto-based mining company Sherritt, for which I worked as a consultant), but we also send the largest contingent of tourists to the island (almost 1.4 million, or 40 percent annually). Cubans share a profound respect for Terry Fox, a hero in Cuba, where every year nearly 2 million Cubans—almost one in five Cubans—participate in their own Marathon of Hope.

The recent visit by Justin Trudeau, although brief, followed visits to Canada by Cuba’s foreign minister, and to Cuba by Canada’s minister of tourism. The November visit of a Canadian navy ship, the HMCS Fredericton, the first to Cuba in more than fifty years, also illustrates the fresh approach by Ottawa. And this coming February, at the massive International Book Fair (visited by 3 million Cubans) in Havana, Canada is the “invited country”—and will be promoting Canadian culture with a nationally televised gala concert of Canadian talent.

It is about time for these kinds of positive relations—and Canada has the opportunity to be an example of moving forward. Even in death, Castro remains a controversial and polarizing figure, with a legacy of civil and political human rights abuses that can’t be ignored. (While not excusing this realty, it is important to bear in mind the decades of US hostility to bring about the end of the revolutionary government, ranging from assassination attempts against Castro to acts of terrorism that killed over 3,400 Cubans. Indeed Washington still provides funding to opposition groups bent on regime change). That said, Cuba has excellent health care and education systems, and for decades has punched above its weight. It is a small country (population 11.2 million), but its international literacy and medical assistance programs, established by Castro himself, have saved millions of lives across the globe. Havana’s rejection of US policy has been widely supported—and in the last UN General Assembly vote, 191 countries rejected the embargo (the United States and Israel abstained). Cuba is a case where there is much to be gained, both in commercial and diplomatic interests, for Canada.

The elephant in the room, of course, is the United States, which still maintains a punitive embargo against Cuba, and still refuses to allow its citizens to travel freely to Cuba (unless under the auspices of twelve specific categories). Legislation such as the Helms–Burton Act also puts a distinctive chill in any company seeking to invest on the island, and the 1960 embargo remains firmly in place. Donald Trump’s observations on Cuba were, not surprisingly, contradictory, and it is unclear what action he will pursue in the future.

Meanwhile the Cuban population is left to mourn the death of the man who led them for almost five decades. Unlike in Miami, where exiles danced in the streets upon hearing the news of Castro’s death, in Cuba sadness permeates everyday life. Castro is to lie in state on November 28 and 29, with a major rally planned at the Plaza de la Revolución. His remains will be transported slowly across the island, retracing the journey he took in January 1959 after ousting Fulgencio Batista, to be buried in Santiago de Cuba on December 4.

Now that Castro is dead, no one should expect significant change to occur on the island. Since ceding power to his brother in 2006, Fidel gradually distanced himself from control. While less pragmatic (and more conservative in questions of economic reform, such as the increase in the numbers of self-employed and the privatization of many restaurants) than his brother, Fidel had little direct influence on the major reforms currently seen in Cuba. His death might also increase the possibilities for the continuation of a liberal US approach to Cuba, given the fixation of many exiles with his image. And the pending retirement of Raúl Castro in early 2018 will signal the end to the Castro political lineage—and one of the last iconic vestiges of the Cold War. By continuing positive relations with Cuba, Canada can be an example of moving on.

John M. Kirk is professor of Latin American studies at Dalhousie University. He has written or co-edited sixteen books on Cuba.