Lessons from a Hateful Weekend | The Walrus
Skip to content 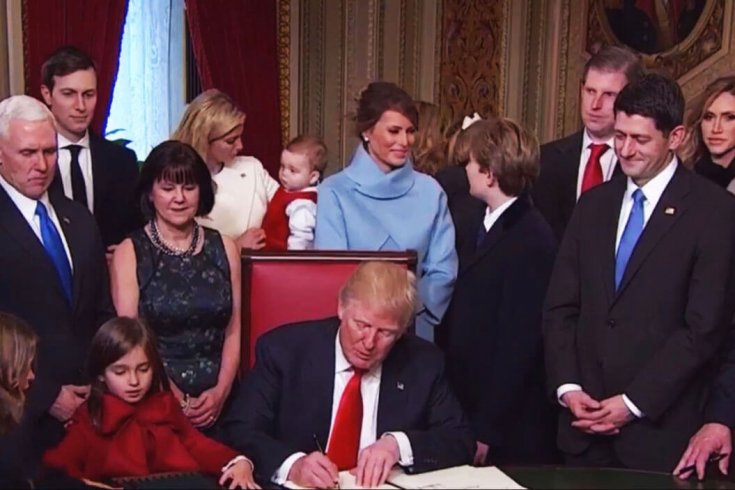 The last two days represent a traumatic moment in North America’s relationship with the Muslim faith. On Sunday, six people were murdered and many others injured—some critically—after one man is believed to have opened fire in a mosque in Quebec City. Prime Minister Justin Trudeau has called this despicable hate crime a terrorist act, as has the Sûreté du Québec.

This followed, by just twenty-four hours, the implementation of a draconian new US policy that has upended the lives of countless Muslim families, created appalling scenes of humiliation and misery at airports, and served—according to some experts—as a recruiting coup for ISIS. Donald Trump’s bluntly crafted executive order regarding travel to the United States banned not only many prospective asylum seekers from the Middle East and North Africa, but also eminent doctors, engineers and scholars who already were legally residents of the US. After a judge quickly suspended part of the order amidst the chaos of its implementation, we learned that the order’s most flagrantly overreaching elements were rammed through by a Trump aide who rose to prominence as the publisher of a reactionary, Islamophobic, race-baiting web site. Even many conservative lawmakers and pundits stand appalled. It’s become abundantly clear that Islamophobia is now a pathological condition in Western society.

While Sunday’s mass murder stains Canadian society, our national response to it has been gratifying. The prime minister, the premier of Quebec, mayors, and civic leaders have all rushed to denounce not only the hideous crime, but also the creed of hatred that seems to have motivated it. The word on every politician’s lips seems to be “solidarity,” as it should be.

Even before Sunday’s massacre, our government’s rejection of Islamophobia was on display. Following Trump’s executive order, Prime Minister Justin Trudeau wrote on Twitter: “To those fleeing persecution, terror & war, Canadians will welcome you, regardless of your faith. Diversity is our strength #WelcomeToCanada.” As of Sunday afternoon, this message has been retweeted more than 400,000 times. The New York Times, the Guardian, BBC, PBS, NPR and other major international media were quick to highlight Trudeau’s words—which are very much in keeping with Canada’s (and Trudeau’s) emerging reputation as a tolerant outlier in a world increasingly awash with Trump’s brand of nativist hysteria.

Nothing will bring back the lives of those slain in Quebec City. All Canadians can do is redouble their efforts to ensure that Islamophobia doesn’t win the day—regardless of what details emerge about Sunday’s attack. This is not the last spasm of violence that will involve Canadian Muslims, whether as attackers or victims or both. We must create a spirit of tolerance sufficiently resilient that it withstands the waves of fear that inevitably are produced by terrorism and Islamophobia alike.

We also must do what we can to provide practical assistance to Muslim migrants who have been blindsided by Trump’s executive order. Trudeau should investigate ways for Canada to admit the refugees whom Trump has blocked—many of who already had been vetted. Canadian employment recruiters and educators are understandably eager to respond to Trump’s move. On Sunday, Daniel Woolf, principal and vice-chancellor of Queen’s University, tweeted: “To my fellow Canadian heads of universities: what can we do to assist students and faculty stranded by US immigration?” It’s the right question to be asking.

Sometimes, clarity can emerge from tragedy. Maybe this horrible weekend will be remembered as the moment when Justin Trudeau finds his moral mission on the world stage: to act as a corrective against the inhumane and ignorant policies adopted by the Trump administration.