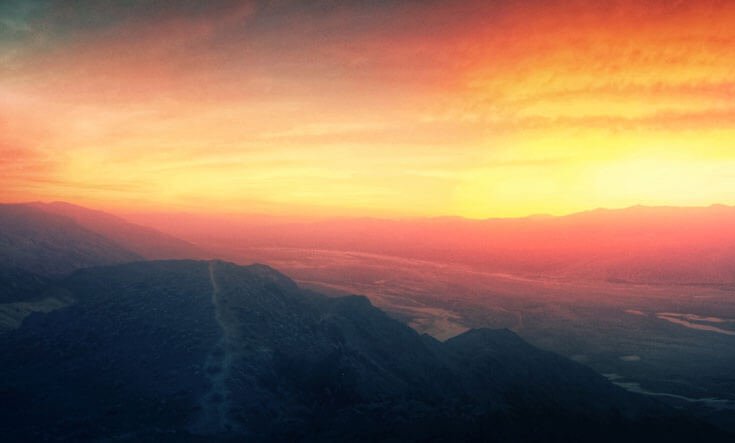 We are all going to die. Most of the time, we try and push this thought to the back of our minds. But year after year, the faithful Bulletin of Atomic Scientists chimes in with its annual reminder of humankind’s mortality. On January 26, they moved the hands of the Doomsday Clock thirty seconds closer to midnight; we are now, according to their system, two and a half minutes away from the end of the world—the closest humanity has been since 1953, when the Soviet Union and the United States both attained the use of thermonuclear bombs.

The Doomsday Clock has been around for seventy years, faithfully tracking the extent to which we are inching towards a fatal precipice. It was originally created by former members of the Manhattan Project—the developers of America’s first atomic bomb—to evaluate the threat of nuclear war, but has since grown to embrace climate change, biological weapons, and a host of other existential threats. The movement of the hands towards midnight corresponds with the likelihood of civilizational collapse.

Fear is an important part of the way humans think, and we’re not good at rationally evaluating it—a fact that politicians frequently exploit.

The Bulletin is not alone in its dour assessment of our chances for survival. In the media, the prevailing mood seems to be that we have entered the end times—or, at the very least, the drunken carnival that precedes it. But is the idea that we are edging closer to oblivion particularly true today, or is this just another example of humanity’s ongoing obsession with Armageddon?

As long as people have been on the Earth, we have fantasized about the nature of our undoing—and the narrative has remained largely the same. Humanity’s sinful overreach and corruption will be punished or redeemed in a spectacular manner, and that will be “the End.”

Most of the world’s major religions began as doomsday cults, and modern history is full of unsuccessful prophecies. In one noteworthy case from the nineteenth century, New York farmer William Miller attracted thousands of people with his rapturous visions of the end times, only to inaccurately predict the date of the apocalypse (twice) in what became known as “the Great Disappointment.” Even ostensibly secular movements have these sorts ideas baked into them: fears about Y2K, and the end of the Mayan calendar in 2012 both fed on the idea that civilization has an expiry date.

There are scientific explanations to why humans are susceptible to these scenarios. Knowing that something is going to happen, even if the outcome is negative and our certainty is misplaced, actually makes us less anxious about the future. A 2004 study published in Behavioural Neuroscience found that we are able to relax more when we can anticipate and predict electric shocks. And in an interview with Scientific American, University of Minnesota neuroscientist Shmuel Lissek explains that evolution selects for those who are more sensitive to danger and can recognize patterns, even if they’re not actually there. If our ancestors heard rustling in a bush, for example, and went out of their way to avoid it, they survived whether or not there was a real threat. On the other hand, if they heard a noise and decided to proceed normally, there’s a chance they could have been eaten.

Fear is an important part of the way humans think, and we’re not particularly good at rationally evaluating it—a fact that politicians frequently exploit. We crave narratives about what is going to happen, and seem to revel in certain kinds of bad news.

Are the experts at the Bulletin yet another iteration of history’s many apocalyptic cults? Not necessarily, argues Phil Torres, founding director of the X-Risks Institute, which studies existential threats to humanity, and the author of The End: What Science and Religion Tell Us about the Apocalypse. “What makes the ‘doomsaying’ of scientists different from all the failed prophesies of the past is that their claims are based on robust, verifiable, empirical evidence,” he writes via email. “The absolutely crucial principle that should determine our existential anxiety about humanity’s future is this: always proportion one’s fears to the best available evidence considered as a whole.”

The evidence today doesn’t look good: North Korea claimed to have tested a hydrogen bomb; analyses by both NASA and the National Oceanic and Atmospheric Administration found that 2016 was the hottest year on record. Meanwhile, emerging technologies such as low-cost gene editing and artificial intelligence have worrisome implications; physicist Stephen Hawking recently said that the creation of a superintelligence will be “either the best, or the worst thing, ever to happen to humanity.” This is especially worrisome if these technologies end up in the wrong hands.

This idea of agential risk—that technologies are only as dangerous as the people who wield them—is one of the main reasons why the hands of the Doomsday Clock have moved. In an assessment that will surprise no one, the ascension of Donald Trump to the United States presidency was singled out by the Bulletin as a troubling development for the long-term survival of our species—one that has yet to fully play out. “The board’s decision to move the clock less than a full minute reflects a simple reality,” they wrote in their announcement. “As this statement is issued, Donald Trump has only been president for a matter of days.” Torres points out that, beyond the president’s tendency to act without regard to the facts or consequences, there’s also a danger that Trump will amplify the risks posed by terrorism through his foreign policy, hostility to Muslims, and refusal to address climate change.

Despite the gloomy implications, there is a silver lining: the Doomsday Clock does not behave like a regular clock. The hands do not move inexorably forward, forever inching towards our collective death; in fact, they have frequently turned the other way, as the perceived risks are dealt with through regime change, international treaties, or legislation. It’s a clumsy metaphor, but also a hopeful one—unlike generations of prophets, both secular and religious, the Clock isn’t arguing that the end is inevitable. It’s meant to scare us, but through an evaluation of the evidence rather than the presentation of various bogeymen, be they immigrants, trade deals, or abortion clinics. The present may be a frightening place, but some clocks really can be turned back.

The Hidden Cost of Rechargeable Batteries 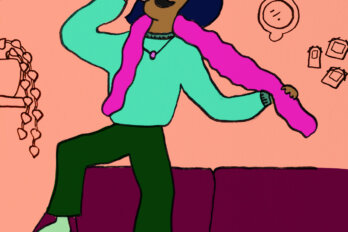 This Pandemic Isn’t Over until Everybody Sings