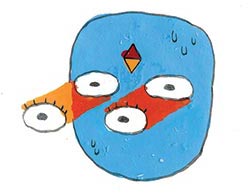 In tibetan buddhist lore, the Kingdom of Shambhala is an enlightened society of citizens governed by compassion rather than religious doctrine. It’s usually seen as a spiritual metaphor, but in 1976 Chögyam Trungpa Rinpoche, flamboyant guru to the likes of Allen Ginsberg, announced to his American followers that he had discovered its earthly location. “He said, ‘We’re all moving to Nova Scotia,’” says Jeremy Hayward, a senior Buddhist teacher. “We thought it was some kind of joke.”

Such a joke would not have been out of character: the famously charismatic Trungpa offered a freewheeling spiritual guidance heavy on sensual pleasure. Born to Tibetan nomads in 1940, he was identified as a tulku (reincarnation of a great religious leader) at the age of one and raised in a monastery, where he remained until fleeing the Chinese invasion in 1959. Soon afterward, he departed his refugee camp for Oxford, leaving behind a son, Ösel Mukpo. There, Trungpa took to Western diversions, especially drink, and in 1969 he blacked out behind the wheel of a sports car and drove into a joke shop. He was left partially paralyzed.

Taking the karmic hint, he renounced his monastic vows to become a lay teacher, and headed across the ocean to Boulder, Colorado, with a sixteen-year-old bride in tow. American students flocked to him there for more than a decade. But Trungpa was seeking a kind of spiritual terroir, and feeling that the beautiful mountain scenery bred complacency, he cast around for a place where enlightenment would come by way of struggle. In search of fickle weather and rugged terrain, he found Halifax.

His followers, mostly typical American yuppies, set up camp in what was then a Keith’s-swilling port town more fog covered than forward thinking. “It was pretty dismal,” says Michael Chender, a long-time student. “When I moved, they were just beginning to import sun-dried tomatoes.” To make matters worse, Trungpa, suffering from a host of complications from heavy drinking, died soon after his arrival. Hundreds of Buddhists assembled under his appointed successor, Ösel Tendzin (born Thomas Rich in New Jersey), but his reign did not last long: he openly slept with his followers, and when it came to light that he had knowingly infected one of his male students with HIV (having falsely assumed that enlightenment was the best protection), he escaped to California, where he died of AIDS-related causes. That left some 800 Buddhists marooned in the Canadian Maritimes—bereft, expatriated, and sans guru.

“It was a long, difficult period,” recalls Hayward. “It was very uncertain what would happen with Shambhala.” But even though members of the community remember these as lost years, suffering eventually begat growth, just as Trungpa had predicted: in the absence of strong religious leadership, the Buddhists’ influence in their adopted home took root. Highly educated and largely well off, they brought a much-needed influx of cultural capital to Halifax. They opened coffee shops, bookstores, and imported food markets; they founded the Shambhala School in 1993, now the preferred choice for alternative education among Buddhists and non-Buddhists alike (Ellen Page is a graduate), as well as the renowned Authentic Leadership in Action Institute. And they became civic leaders, forming the backbone of an environmental movement. Thanks to them, Halifax grew from a town-going-on-city into a centre of granola culture—not far off the mark from the Kingdom of Shambhala Trungpa had envisioned.

Then, in 1995, things changed: Trungpa’s son returned. Mukpo, now a man of thirty-three with delicate, fine-boned features, had followed his father to America in 1972 but struggled with Western life. He had been studying in Nepal when Tendzin died, and returned to North America only at the urging of his father’s former teachers, Tibetan spiritual aristocrats. Upon arrival, he largely avoided Halifax, spending several years visiting Buddhist centres across the continent.

When he finally showed up in Nova Scotia to lead his father’s kingdom, taking on the mantle of the Sakyong, or “Earth protector,” he was conveniently identified—by the same Tibetan higher-ups who had sent him back to North America—as the reincarnation of Mipham the Great, a Buddhist teacher who had not claimed an earthly body since 1912. The discovery gave credence to his spiritual mettle, but the Sakyong was certainly a late-blooming tulku. “I think all along he knew he was his father’s son,” says Hayward. “The discovery of the Mipham connection gave him that seat publicly. It was as if he’d been hiding his light, and he didn’t need to hide it anymore.”

But not everyone saw the light. “The Sakyong is driven by personal insecurity,” says Mark Szpakowski, one of the creators of Radio Free Shambhala, an online forum for discontented Buddhists. “He has really big shoes to fill—impossible shoes to fill, actually.” Even stalwarts admit that he lacks his father’s magnetism: “He was very, very shy,” recalls Hayward, who served as his tutor in Boulder. “I did feel that he was pure, but I wasn’t sure if he really had the power of his father.” Doubts gave way to outright disapproval among a small but vocal group when the Sakyong, faced with a staggering inheritance from his larger-than-life father, amalgamated the spiritual and secular components of Trungpa’s empire, formally creating Shambhala Buddhism in 2000. Trungpa loyalists assert that the merger has polluted both streams, recasting the community in religious terms and insulating it against the city it was meant to be rooted in. Old-line Buddhism has closed the gates to the compassionate kingdom.

Lacking his father’s natural flair, the Sakyong has appealed to tradition—spiritual destiny—to bolster his leadership. Trungpa was a pot-bellied man who wore a grey suit and an impish grin; that his students affectionately called him Rimp the Gimp speaks to his playful charm. The Sakyong, swaddled in traditional Tibetan robes when he appears in public, speaks with the humourless affect of one who has taken pains to overcome timidity. In 2006, he was married, with great pomp and circumstance, to the aristocratic daughter of another high Tibetan lama, and in August the royal couple gave birth to their first child. “It’s almost certain that the Sakyong’s children are going to be great tulkus,” Hayward enthuses. “They’re not just going to be any old people.”

The Buddhist brass has gone to great, ceremonial lengths to turn the Sakyong’s Eastern authenticity into a cult persona—but in the end, you can’t fake charisma. “Trungpa Rinpoche was a genius. He was a culture creator,” says Michael Chender. “What a hell of a situation for his son to be in. The Sakyong is a human being.”

Past-life regression therapy as a cure for anonymity

Dr. Adrian Finkelstein, a “classically trained physician” and “board-certified psychiatrist,” is one of the world’s foremost practitioners of past-life regression therapy. While he’s practised for thirty years, his big break came when he discovered that one of his patients, the Canadian pop singer Sherrie Lea Laird, was the reincarnation of Marilyn Monroe. The ensuing book, Marilyn Monroe Returns: The Healing of a Soul (2006), substantiates his find with “scientific” evidence—but more important, it serves as the Marilyn tell-all that never was, “revealing for the first time the inner thoughts and feelings of the world’s most famous sex symbol.” Finkelstein—who seems to keep illustrious company—is, for his part, the reincarnation of MGM executive Paul Bern. He learned this from another patient, the reincarnation of Bern’s widow, Jean Harlow.

Suzannah Showler (@ZanShow) is the author of two collections of poetry and Most Dramatic Ever: The Bachelor, a book of cultural criticism.
Patrick Kyle