Keep the “British” in British Columbia | The Walrus
Skip to content 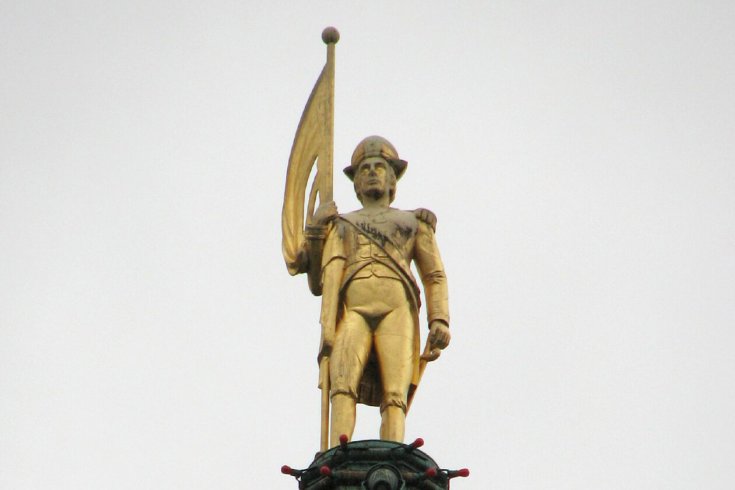 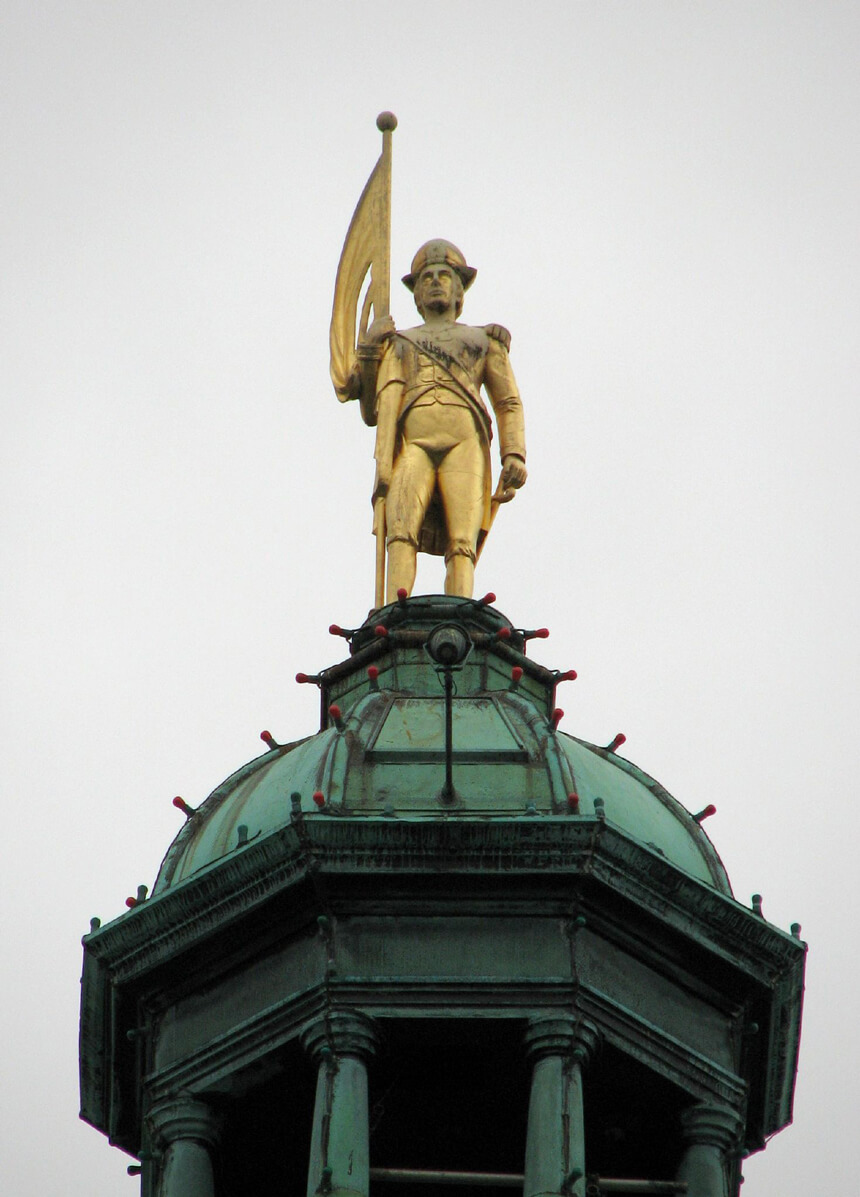 The Haida at the height of their power were the terror of the West Coast, seizing booty of all kinds in seaborne raids: goods, captive labour, trophy-women and -children—and bearing aloft severed heads and limbs. Their own oral history records disturbingly recurrent scenes in which they “destroyed the people, burned their town completely” and “took them also for slaves.” But in 1862 the Haida were nearly wiped out by smallpox, which arrived by ship with gold diggers from San Francisco.

Few would be so churlish as to judge the Haida of today on the basis of their marauding past. The vanished memory of countless, nameless generations of victims (mostly other, less warlike First Nations peoples) did not prevent the Province of British Columbia from officially renaming their homeland, the Queen Charlotte Islands, as “Haida Gwaii” in 2010. It didn’t even matter that the designation was not an authentic pre-contact name, but was actually invented by indigenous activists in the 1980s.

Replacing established place-names with something more in current favour is a practice as old as the Tribe of Dan. In the twentieth century, changes to nomenclature accompanied the process of decolonization or the transfer of power, as when the British West African colony of Gold Coast became Ghana in 1957 or when Rhodesia became Zimbabwe in 1980.

Stephen Collis thinks it is high time to decolonize British Columbia. Nowhere, he says, “is there a place name more overtly and anachronistically colonial” than that of BC, the former mainland territory that was merged with the Colony of Vancouver Island in 1866 and subsumed into the Dominion of Canada as a united Province in 1871.

Decolonize BC? Most people would think that BC ceased to be ruled by England some time ago and they would be right. Sir James Douglas, the most famous chief trader and Governor, ruled quite autonomously from the 1840s on, regulating trade and negotiating with the Russians and Mexicans on his own authority. Born in the Dutch colony of Demerara (later part of British Guiana, today known as Guyana), Sir James was half Creole, half Scots and married to a half-Cree. On his personal initiative at Fort Vancouver he ended slave-ownership by whites and discouraged First Nations from the practice.

British Columbia has a complex and inspiring history that is admirably summed up in its evocative name. There is plenty of material for grievance and victim history— the kind designed to besmirch the founders, settlers, traders, churchmen, and builders as racist and sexist. But while it is important to learn from the mistakes of the past, it is equally important to be inspired by goodness and nobility, and to be capable of knowing the difference. As Plutarch said: “To be ignorant of the lives of the most celebrated men of antiquity is to continue in a state of childhood all our days.”

But what’s in a name? For most people who live in BC (as I used to) the word “British” goes unnoticed. It’s part of the furniture. The colonial connotations that once put BC in the company of British East Africa (now Kenya), British Honduras (Belize) or the British Solomon Islands are part of an era that’s now a faint memory. This makes the whole discussion rather eccentric and academic.

When I shared Collis’s Walrus article on The Dorchester Review Facebook page, one of our readers commented: “Walrus is a racist name because it comes from a European word and does not reflect what our indigenous people would have called them. The magazine must immediately change its name.” It’s a good example of how silly the change-the-name-game can get.

But it’s not really Collis’s idea, anyway. As he admits, he took it from Lawrence Paul Yuxweluptun, a First Nations artist who regards art “as a way to voice his political concerns, exposing environmental destruction and the struggle of Native people.” To create publicity for his current exhibit at the UBC Museum of Anthropology, Yuxweluptun started a #RenameBC contest. He wants to “revoke the colonial stamp of British Columbia” because “Interning Indians onto colonial concentration camps is more than enough reason to change the name of British Columbia.” Of course the only people actually interned anywhere in BC were the Japanese during the Second World War. If he is referring to residential schools, less than one-third of native children were enrolled, and they were run by the Canadian government, not the British. The term “concentration camps” hardly applies.

But it is obvious that these are scare-words calculated to get attention, to provoke feelings of angst and guilt. But insults like “colonial” and “racist” are too easy to throw around, and contribute little to a reasonable discussion.

Collis doesn’t think much of people who might be attached to the name of BC “simply on the grounds of a sense of tradition.” But a new name of aboriginal origin would presumably have to embody the traditions of BC’s 198 First Nations, including seven language families. Yuxweluptun says a new name could represent all of our immigrant populations, too.

Except for the British. Over 50 percent of the BC population traces its origins to the British Isles, 68 percent if you include the Irish. For some reason their heritage is expendable. Like the Mi’kmaq campaign to erase the memory of Sir Jeffrey Amherst from every town, park, and monument in Nova Scotia and Prince Edward Island, it is always British-sounding names that agitators seek to replace—just as occasional murmurs about updating the provincial flags of Manitoba and Ontario target only British symbols for removal.

This is perhaps because people forget, or did not know in the first place, that the things they may take for granted—freedom, prosperity, parliamentary government, the rule of law, property ownership, and even belated First Nations treaties—stem from a culture brought here and built up by generations of British settlers. We should also not forget the personal connection many First Nations people have felt to the Monarchy. First Nations leaders frequently appealed to the Monarch over the heads of unsympathetic politicians. Theresa Spence did so during Idle No More.

Canada’s First Nations have enjoyed an impressive cultural rebirth since the 1960s of which they can be proud. Yuxweluptun’s surrealist art is part of that revival. But their success offers no justification for British Columbians to feel ashamed of their past. Just as the artist’s Coast Salish ancestors were once victims of Haida pillage, his Okanagan (Syilx) antecedents “purchased Lillooet and Northwest Coast slaves from the Thompson, and from southern slavers” (Handbook of North American Indians, p. 239). That is not to say that First Nations today may not try to claim the moral high ground—but if we are looking at history, they don’t have much more of a claim on it than anyone else.

If the years ahead are to be an era of true reconciliation, then the acceptance and forgiveness must flow both ways among Canadians of aboriginal and non-aboriginal origins—and all of British Columbia’s heritage should be known, honoured, and upheld.