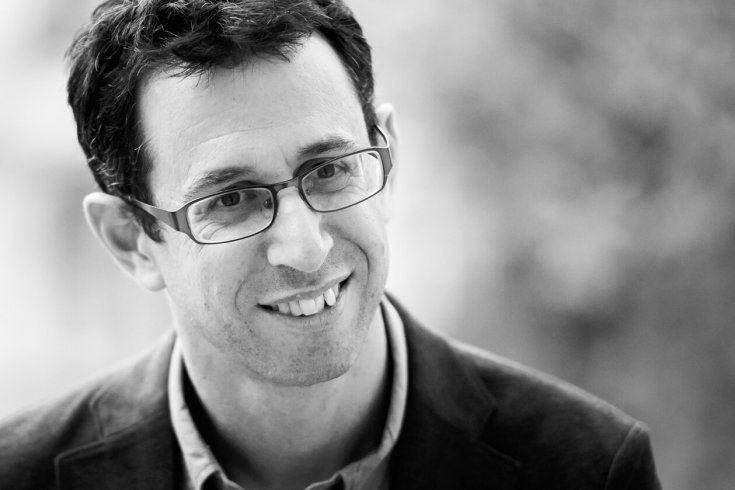 Terrorists have been targeting Israel since the nation came into being sixty-eight years ago. But the period between 2000 and 2004 (the second Palestinian Intifada) was by far the worst. In 2002 alone, terrorists killed 457 Israelis—more than all Israeli deaths from terrorism for the last twelve years put together. The mass killings scarred the country, and spurred a variety of anti-terrorist initiatives—including the construction of a security fence that blocks West Bank Palestinians from access to most Jewish population centres. Terrorism is still a problem in Israel. But it no longer fills Jews with dread in the way Hamas’s suicide bombers did fifteen years ago.

But the (relative) lull in violence hasn’t softened Israeli attitudes toward the Palestinians. Prime Minister Benjamin Netanyahu has mostly ignored international efforts to promote peace talks. His current strategy is to do nothing, in hopes the world eventually accepts the status quo as a permanent solution. In the long term, that’s a recipe for more wars and more intifadas. Yet most Israeli voters seem just fine with this approach.

According to Israeli writer Assaf Gavron—who will be speaking tonight at the Carleton University Art Gallery in Ottawa, and at Montreal’s Rialto Hall on Tuesday—some of the explanation for this comes down to physical separation. “Jews and Palestinians used to mix with one another,” he told me over breakfast today in downtown Toronto. “Now, we rarely see them. They’re behind a fence. A whole generation of Israelis has grown up with that fact. And so, many of them think of the Palestinians as a security threat—not as real human beings.”

In Canada, the US, and other Western countries, the most conservative citizens tend to be older voters who exhibit exaggerated fears of Muslims. But in Israel, the phenomenon is more complicated, Gavron tells me. Not only do few Israeli Jews meet any Palestinians, they also get their news from a media environment that now is largely dominated by right-wing web sites—as well as a mass-circulation giveaway newspaper, Israel Hayom, that propagandizes on Netanyahu’s behalf with funding from the family of Las Vegas casino magnate (and fervent Zionist) Sheldon Adelson.

Gavron is well known in Israeli academic circles for his novels, short stories, and journalism—as well as his English-to-Hebrew translation of Philip Roth, J.K. Rowling, and Jonathan Safran Foer. But he’s also a singer-songwriter with an alternative pop band, and a videogame author. So he has more understanding of youth attitudes than your average, run-of-the-mill middle-aged Israeli.

As a result of recent trends, Gavron says, many young people are more hawkish than their parents. In fact, it is now older people within the country’s military and intelligence community that act as a moderating influence within Israeli society. “This is because these people have actually experienced life and learned things,” he tells me. “Look at [Yithak] Rabin, who once told soldiers to break Palestinian bones—and then, in later years, tried to make peace. Or Ariel Sharon, who led the campaign to create settlements, and then evacuated Gaza.”

Other more recent examples include the Israeli military professionals who persuaded Netanyahu to step back from a dangerous plan to destroy Iran’s nuclear assets from the air. And in the 2012 documentary film The Gatekeepers, six former heads of Shin Bet, the Israeli internal security service, explained how the occupation of the West Bank will continue to harm the Jewish state. (It’s notable that The Gatekeepers was panned by various right-wing North American commentators, who prefer a simpler moral narrative when discussing the Middle East.)

Gavron is deeply pessimistic about the current climate. While hawkish Israeli leaders once gave at least a nod to the rights of Palestinians, even that moral courtesy now gets omitted. (The pro-settler Jewish Home party, he notes, runs under the slogan “We don’t apologize.”) There are some influential moderates who advocate peace. But they are largely clustered in Tel Aviv, which he describes as a sort of disconnected island of liberalism.

“I do see one way forward,” he tells me. “It would involve foreign pressure. If politicians in the United States stood up and said that they were going to stop supporting Israel, giving money to Israel, unless Netanyahu changes his policies—that could work.”

“Unfortunately,” he adds. “That’s just not going to happen.”

It was a blunt statement of defeatism from an intellectual and artist who ordinarily is known to be brimming with energy and new ideas. Which says a lot about Israel’s current intellectual climate. For years, many Israelis have complained that there is no true partner for peace on the Palestinian side. That same bleak statement is now true of Israel itself.