Chaim Tannenbaum Steps Out | The Walrus
Skip to content 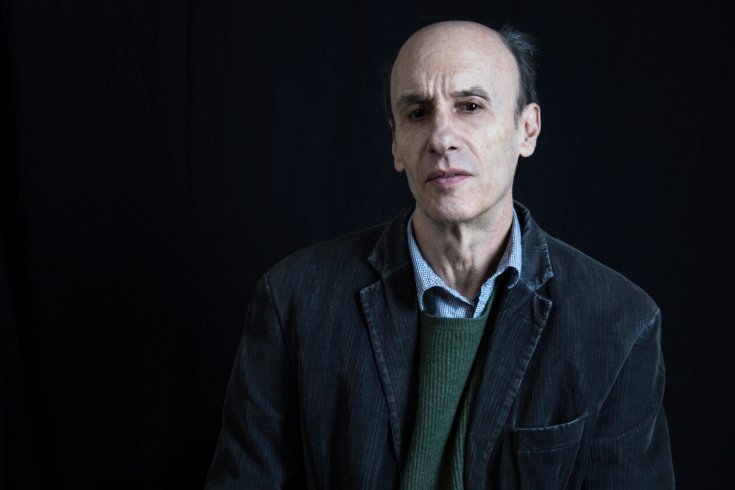 Chaim Tannenbaum isn’t used to the spotlight. For decades he played with one of the most celebrated families in contemporary music—the McGarrigle sisters, Kate and Anna; Loudon Wainwright III, who was once married to Kate; Loudon and Kate’s children, Rufus Wainwright and Martha Wainwright—among many others. He was a sideman, lending his talents on banjo and harmonica, singing the third part in a harmony, and giving a critical opinion in studio. He was never the star of the show, and that was fine with him.

But at age sixty-eight, Tannenbaum has stepped to centre stage. After years of playing on other people’s records, he’s made one of his own. And after launching the self-titled album at a concert in New York, he’ll be performing on June 9 at the Upstairs jazz club in his hometown of Montreal, showing his admirers the music he’s long been working on. It’s something they’ve been wondering about: What’s taken him so long to make a record? And why has he made one now?

“To every desire, to every ambition, there’s a corresponding sense of something missing, something incomplete,” Tannenbaum says to me on a recent afternoon. We’re sitting in the sunny kitchenette of the studio belonging to his producer, Dick Connette, on Manhattan’s Lower East Side. Pictures of Connette with member of the Wainwright-McGariggle clan line the walls; a full set of the Child Ballads sits on the bookshelf. “I had a very pleasant musical relationship with my friends, and I was happy doing that,” Tannenbaum continues. “I don’t know how much you remember of that pleasant idle life that Montrealers lead—well, there I was, strolling. I think that’s the answer.”

Tannenbaum is tall and sinewy, with unkempt hair and a wardrobe of corduroy pants, untucked button-down shirts, and New Balance sneakers. He speaks carefully and with a wry self-awareness, and is quick with a joke. At the album release show last month, he looked into the audience and asked, “Is there anyone here I don’t know? I think I just saw someone who wasn’t at my bar mitzvah.” A little later he invited the audience to “feel free to interrupt at any time.” His persona is that of a witty professor, which is appropriate considering that he taught philosophy at Dawson College for more than thirty years. It was an occupation he relished. “Everything except the grading I would have done for free,” he says.

Born to immigrant parents in Montreal, Tannenbaum spent his early years in the Mile End neighborhood of the city before moving to the outskirts of Outremont, an area he describes as being “taxi driver working class.” He attended the city’s Jewish People’s School and Northmount High School before going to McGill University and the University of London, where he studied symbolic logic—a field he was drawn to, he jokes, “because I was pretentious.”

And he played music. For as long as he can remember he could carry a tune and sing in harmony; as a teenager he learned to play the guitar, banjo, and other instruments, and befriended Kate McGarrigle, who went to the same high school. Together with her older sister, Anna, the three played in a group called the Mountain City Four. “We never went anywhere without our instruments,” he recalls. “We bored everyone we came in contact with because we were forever playing and singing.”

Loudon Wainwright entered his life a few years later, in London. According to a story that has passed into McGarrigle-Wainwright lore, Kate came to stay with Tannenbaum after a fight with her husband, whom she was honeymooning with in Copenhagen. A little while later Wainwright showed up at Tannenbaum’s door, looking for his wife. “I thought he was going to punch me in the nose,” Tannebaum says. “Instead we fell into a warm embrace that hasn’t been rethought since.” Despite Loudon and Kate’s notoriously rocky marriage, which ended in divorce in 1976, Tannenbaum remained close friends with both, perhaps the only person in their circle to do so.

Over the years Tannenbaum recorded and toured with Wainwright and with the McGarrigle sisters, appearing at venues like Carnegie Hall and the Royal Albert, travelling to Europe and Asia, and co-producing several of Wainwright’s records. Although he downplays his role, describing himself as a friend who was just there to help out and have a good time, he was evidently an esteemed member of the ensemble. And although he says that his lives as a philosophy professor and as a musician “might as well have been two different people,” it’s clear that his critical perspective helped shape the work.

“He’s a man of strong opinions and he’s a smart motherfucker,” Wainwright tells me on the phone. “Looking back I can see that’s a valuable thing.” For his part, Tannenbaum says modestly, “I fulfill the obligations of friendship by telling him what I like, and what I like a little less.”

But he never desired to record his own music, despite the urging of friends and collaborators. He simply didn’t feel the need. Only after retiring from teaching and moving to New York City with his wife, the painter and visual artist Susanna Phillips, did he succumb to the appeals of his producer, Connette, who had been urged by many others to record him. “You never know if a sideman can step into the spotlight and run the show,” Connette says. “But there was so much good energy I thought I’d ask him.”

Tannenbaum and Connette passed songs back and forth for months, trying to figure out what tone the album should have. They also went through a slew of backing musicians, all of whom Tannenbaum rejected, requesting instead an “Italian wedding band.” After playing for years with the same close-knit group, finding musicians he was comfortable with as his own back-up band was a challenge. Finally, Connette found an outfit called Musette Explosion, which performs French cabaret music from the 1930s, and which Tannenbaum loved. Its members appear throughout the record, along with appearances by Wainwright, Connette, and another longtime collaborator, David Mansfield.

The result is an album that expresses Tannenbaum’s sensibility better than any of his collaborative work might have done. It’s anchored by three original ballad-like numbers, and filled out with renditions of obscure folk songs. Although the selection is eclectic, it gives the listener a glimpse into the deep recesses of Tannenbaum’s musical universe. In the liner notes for the fifth track, the spiritual “Blessed Are the Poor in Spirit,” he writes that “There was a time in my life during which people stayed away from my home out of fear that I would make them listen yet again to Luther Magby sing this song.” There is the album closer, a short, raucous “Paddy Doyle,” taken from a recording by his longtime hero, the English folksinger Ewan MacColl. And there is a cover of Kate McGarrigle’s “(Talk to Me of) Mendocino” which he sings together with Wainwright. While it can never approach her version, it’s a touching tribute to his friend, who died in 2010.

Then there are his original songs, long wistful numbers that trade heavily in memory and nostalgia, like “London, Longing for Home” and “Brooklyn 1955,” a paean to mythical summers going to see the Dodgers at Ebbets Field. That one has nothing to do with Tannenbaum’s life (“Listen, I don’t care about the Dodgers, the Dodgers can go to Hell.”), but which he explained as being “about an irremediable sense of exile, an exile from one’s own past, where the monuments, the landscape has been destroyed.” When I ask if this might have something to do with his parents’ immigrant experience he chuckles, and said he would bring it up if he ever went for psychoanalysis.

There’s an old joke about a writer who was “world famous, in certain regions of Poland.” That was Chaim Tannenbaum, in certain regions of the music world. For decades he was content to work with more famous artists, to play in the band, to live life at a stroller’s pace. Making a record of his own is unlikely to bring him newfound levels of fame and fortune, but it turns out that the “guy who tagged along” walks a musical road all his own. And as his friends have long suspected, it’s well worth travelling.

Ezra Glinter (@EzraG) has published with The New Republic, The Paris Review, and the National Post.