In Scotland, Canada’s National Animal Is Wearing Out Its Welcome | The Walrus
Skip to content 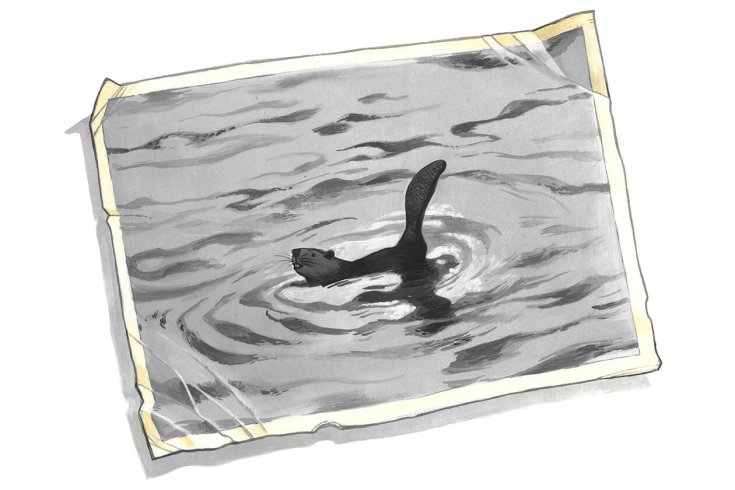 In recent months, a pack of rogue beavers, provenance unknown, have been turning up dead along Scotland’s River Tay. Most of them have been shot—allegedly murdered at the hands of landowners and farmers. After autopsies at Edinburgh’s Royal Zoological Society of Scotland (freezers had to be purchased to store the carcasses), experts found that two of the twenty-one killed were pregnant.

It’s not illegal to shoot a beaver in Scotland, but it is certainly frowned upon. Some activists decried the actions; the Society said the deaths were “depressing.” That’s because the rodent has become a symbol of modern-day environmentalism. In the sixteenth century, the beaver was hunted to extinction in the United Kingdom, their bodies used for everything from clothing to food to the musky scent in perfume. They are now considered a key species for reintroduction in the country, a case study of wildlife intervention that aims to right the gluttonous greed of the past.

Reintroductions have become a form of inter-species reparation. In 2010, a national team of conservation associations started the Scottish Beaver Trial. Sixteen critters were released onto a river in Knapdale, along the country’s west coast. The researchers cited biodiversity as the primary reason for the animal’s reintroduction—through their munching and damming, beavers create wetlands and ponds that attract other animals and can help improve water quality.

But there was also a more philosophical reason for bringing beavers back to the land. “We felt that there was a real moral obligation to reverse a wrong of the past and bring them back,” says Susan Davies, director for conservation at the Scottish Wildlife Trust. At the end of 2016, the Scottish government determined that the animals, imported from Norway, could stay with protected status.

The project has, however, been contentious, to say the least. The beaver, that great Canadian icon that adorns our nickels and cozy Roots sweatpants, is not so well regarded in Scotland, or in many other countries. Communities around the world now see our national symbol—­and their own representatives of a return­ to the so-called natural world—as an unruly menace that needs to be stamped out.

Beavers have been through a rough few hundred years. They were hunted extensively during the 18th and 19th centuries—in some cases, to extinction. By 1900, researchers estimate that only 1,000 beavers made up the entire population in Europe and Asia. A predilection for fashionable felt hats depleted the European stock and sent trappers looking in North America. Then the industry turned south.

In Argentina, authorities are set to exterminate 100,000 beavers in Tierra del Fuego over the next ten to fifteen years. They were introduced to the region in 1946 in an attempt to build a fur-trade industry, but they had no predators, and a decline in demand has given the animals ample space to multiply. Officials estimate that their felling activities have destroyed an area twice the size of Buenos Aires, and the science journal Nature says the culling will be one of the largest in history.

Even at home in Canada, beavers have drawn the ire of locals: last summer, Nova Scotia’s Department of Natural Resources found itself in hot water after requesting a beaver in the Annapolis Valley be killed. Its crime? Creating a dam that caused flooding at a local home. A public battle ensued between the owner (“It’s nice to see the wildlife, but they’ve really hindered my lifestyle,” she told the CBC) and her neighbours, who declared themselves “animal lovers.” The provincial government has beaver control plans in place, but official documentation notes that live trapping and relocation to other areas is “seldom justified”—there are simply too many beavers and not enough places to put them.

Our “moral obligation” to reintroduce the animals rests on the assumption that all natural wrongs should be put right. But in the centuries since their extinction, ecosystems and our land management processes have progressed without the consideration of beavers. In Scotland, seventeenth-century drainage channels throughout Tay’s agricultural land have already been damaged by the animals; during the Beaver Trial in Knapdale, one iterant critter felled twenty-five willow trees along a riverbank; and the National Farmers’ Union has expressed concern that new diseases (which British wildlife would not be immune to) could be transferred by these new beavers.

The Tay’s beavers were not a part of the sanctioned Beaver Trial; officials believe they came from Germany and were either released illegally or had escaped from private collections. But their story acted as a case study nonetheless: as they bred and expanded their lodges along the river, the beavers felled trees, which led to the rapid erosion of riverbanks and the flooding of farmland. One farmer claims to have removed thirty-five dams on his property. Headlines have bemoaned the beavers’ “siege” and “attack” of the land.

Reintroduction has, in many ways, spurred unrest between humans and the animal kingdom: the Tayside beavers are proof for some that too much time may have elapsed without beavers. Is it worth it for beavers to spread along waterways that have adapted without them, at risk to both human activities and the beavers themselves, which are now prone to being shot?

“Although Tayside wasn’t planned as a trial site, out of that came a lot of evidence that beavers can become a problem,” says Martin Gaywood, a policy manager at Scottish Natural Heritage. “The question is what’s next. How are we going to deal with this?” There are few answers.

The question is an important one, as this concept of reintroducing once-native animals—dubbed “rewilding”—is one that some are seeking to expand. In Scotland and England, advocates have now been campaigning for the return of bears, lynx and wolves.

But in many cases, rewilding is suitable only on land that isn’t actually used. Some wealthy estate owners are committed to their reintroduction for their own sake. For instance, Danish clothing magnate Anders Pavlsen is keen on turning his estate into a “Scottish Serengeti,” filled with ancient animals brought back to British soil. On a national level, the beaver is a somewhat less aggressive first step along that path—it’s small and non-threatening enough to test the waters of reintroduction, without the public relations hassle of a wolf or lynx prowling in public.

Conservation is often a human story in ecological disguise: a search for larger meaning of our place within the whole, as well as a scientific process. But as our relationship with the beaver shows, it is very much a work in progress.

Lyndsie Bourgon (lyndsiebourgon.com) has contributed to the Globe and Mail, Reader's Digest, and Maclean's.
Mary Sanche

Mary Sanche is a science and nature illustrator.