How Central Banks Changed the World | The Walrus
Skip to content 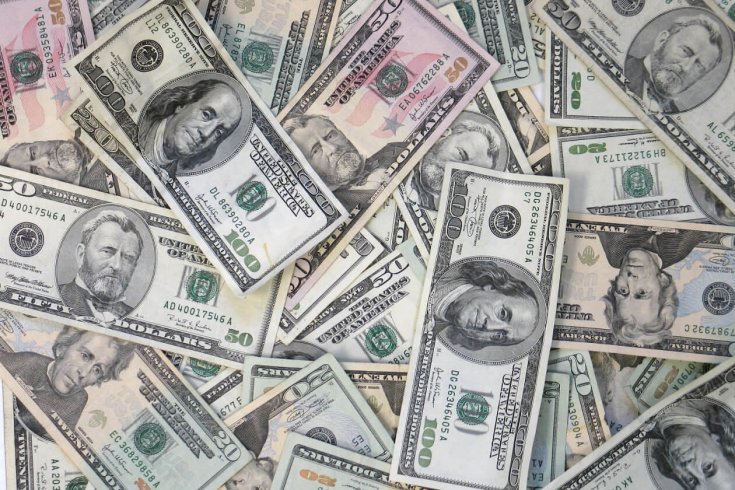 This year, The Donner Canadian Foundation proudly celebrates the nineteenth anniversary of the Donner Prize, which annually rewards excellence and innovation in public policy writing by Canadians. The largest and most prestigious prize of its kind, the Donner Prize awards $50,000 to the author of the winning book, with $7,500 awarded to each of the other shortlisted titles. In anticipation of the announcement of this year’s Donner Prize winner, on May 15, The Walrus is proud to present excerpts from all five short-listed books. In this instalment, adapted from Priests of Prosperity: How Central Bankers Transformed the Postcommunist World, Professor Juliet Johnson of McGill University argues that transnational central banking influenced and shaped banks in postcommunist countries. For more information about this year’s nominees, please visit www.donnerbookprize.com.

Ulan Sarbanov never planned to become a central banker. But while working in Russia in 1993, the bright young economist from Kyrgyzstan received a summons from his country’s Supreme Council. Would he return home to take a position at the National Bank of the Kyrgyz Republic (NBKR)? The NBKR, until recently a mere branch office of the Soviet central bank, had few qualified staff members and faced comprehensive restructuring. Sarbanov agreed, and as an NBKR economist worked to help his new country successfully introduce its own currency, the som. Then, in 1998, the Russian financial crisis hit neighboring Kyrgyzstan hard. In the resulting government shake-up, Sarbanov agreed to become deputy minister of finance. Shortly after Sarbanov had moved to the Finance Ministry, Kyrgyz president Askar Akayev called Sarbanov to his office. Sarbanov, mystified and somewhat awed by the prospect of meeting the president, found himself in a two-hour conversation with Akayev in which the president warned him of the corrupting influence of “big money.” Akayev then told him that in one hour, Sarbanov would be introduced as the next governor of the NBKR. At that time, Sarbanov was thirty-one years old.

Soviet-era central banks played a lowly role in the region’s command economies, serving as accountants and cash cows for governments and state-owned enterprises. After the fall of the Berlin Wall, thousands of central bankers in East Central Europe, the Balkans, and the former Soviet Union found themselves in positions not unlike Ulan Sarbanov’s. Fresh out of university or with practical experience only in the financial systems of planned economies, these men and women faced the daunting task of completely reshaping—and in some cases creating from scratch—central banks capable of controlling inflation, managing payment systems, and regulating unruly new commercial banks. As if that were not enough, most also needed to shepherd central banking laws through their legislatures and introduce new currencies to replace their old Soviet-era monies. The challenge seemed overwhelming. Yet by the mid-1990s, the postcommunist region boasted the world’s most legally independent central banks. Even more astonishing, by the turn of the twenty-first century all but the most repressive postcommunist states had reasonably professional and technically proficient central banks, as well as central bankers who had adopted prevailing international norms.

How and why did this remarkable transformation occur? Conventional wisdom holds that it happened because of the need to attract foreign investors, coercion by powerful states, or the desire to imitate Western institutions. Although each explanation contains its grain of truth, none is adequate. International incentives, pressures, and ideas may have inspired postcommunist states, but incentives, pressures, and ideas alone could not rapidly craft complex institutions or create expertise where it did not previously exist. Instead, I argue that the transnational central banking community actively guided the transformation of postcommunist central banks. As communist regimes began collapsing in 1989, influential central bankers in the advanced industrial democracies and their allies in the International Monetary Fund (IMF) came face to face with the unprecedented opportunity to introduce their own central banking model to a region where the existing economic order had been delegitimized and where leaders sought new ways to organize and stabilize their countries’ financial systems. This central banking community devoted millions of dollars and hours to lobbying, training, and technical assistance in the postcommunist world. Experienced central bankers introduced their new postcommunist colleagues to the community, persuaded them to adopt the community’s principles and practices, and led hands-on efforts to help them develop the tools of modern central banking. This deliberate effort is critical to understanding postcommunist central bank development, and indeed processes of financial globalization more broadly. Central bankers like Ulan Sarbanov worked hard to transform their institutions, but crucially, they did not labor alone.

This book draws on over 160 interviews in seventeen countries conducted primarily between February 2000 and August 2014 with central bankers, international assistance providers, policy makers, and commercial bankers in the postcommunist region, Western Europe, and North America to tell the story of the campaign to transplant a widely embraced international model of central banking to the postcommunist world. While I reflect on experiences from across the region, I engage in closer examinations of central bank development in five countries: Hungary, the Czech and Slovak Republics, Russia, and Kyrgyzstan. These countries, taken together, represented the range of postcommunist central banks to which the transnational central banking community had early and regular access.

Postcommunist central bankers could not have wished for better partners. The transnational central banking community had reached a new peak of cohesiveness and influence in the 1990s. Its cohesiveness came from its shared principles and practices, its unique professional culture, its extensive transnational infrastructure, and its relative insularity. By this time central bankers had widely embraced the twin operating principles of price stability and political independence, as well as a range of complementary practices based on these principles. Central bankers shared a quasi-religious professional culture demanding fluency in both English and economics. They met and worked together through organizations such as the IMF, the Bank for International Settlements (BIS), and eventually the European Central Bank (ECB). Their close relationships, legal autonomy, and seemingly arcane expertise created a highly insular community. The community exemplified what I will call a wormhole network, a narrowly bounded identity group  whose close internal connections transcend geographic distance. Taken together, these characteristics meant that central bankers often had more in common with their professional compatriots abroad than with other government officials in their own countries.

The community’s international influence stemmed in part from this cohesiveness and drew on substantial ideational, material, and organizational resources. The community held a monopoly on recognized central banking expertise in the advanced industrial   democracies. It possessed extensive financial means, plentiful personnel, and the support of powerful states. It had previously developed training and technical assistance programs and had worked together across borders to deliver them. Although the community’s efforts dovetailed with the broader promotion of Washington Consensus free-market economic ideas, institutions, and practices to the postcommunist world, no other reform proposal had such powerful, organized promoters or such a universally accepted model as did the independent central bank focused on price stability. The confluence of this single compelling concept, a cohesive and influential international community devoted to promoting it, and the collapse of Soviet-era economic institutions opened a window of opportunity for transplanting the community’s central banking model into the postcommunist world.

In the end, with the help of the transnational central banking community most postcommunist central banks and bankers adopted the community’s core principles and practices. This remarkably successful transformation stands in sharp contrast to the results of most other international institution-building programs in the postcommunist world. But on a deeper level, we must examine the meaning of success. There is no denying that newly influential, more professional, and more technically skilled central banks benefited postcommunist states. Without the active guidance of the transnational central banking community, creating such institutions would have taken far more time and effort, and with far less certain results. But relying too heavily on the core principles of political independence and price stability led the community to commit two sins in the transformation stage, one of commission and one of omission.

The sin of omission was the relative neglect of banking supervision. Established central bankers preferred to focus on price stability and monetary policy, and unlike in other realms did not share common views on how (or even whether) central banks should oversee commercial ones. As a result, advice and assistance in banking supervision—and in pursuing financial stability more broadly—proved inconsistent, inadequate, and badly coordinated. Systemic financial crises in 1997-98 and then, more dramatically, in 2007-8 revealed the consequences of poorly regulated financial sectors and forced central bankers and governments worldwide to reconsider the prevailing intellectual consensus that central banks should narrowly focus on pursuing price stability.

While the intellectual and political ground is shifting for central banks everywhere, the institutional legacies of that initial moment of euphoric unity remain. For postcommunist countries the legacies lay within their central banks’ norms, practices, and organizational structures, as well as in legal codes and constitutions that reflected the central banking model of the 1990s. For the world as a whole, the international financial system that supported this model—a system in which the postcommunist world became deeply intertwined—still stands, albeit shakily, as a monument to this once near-universally compelling vision of monetary order.

Juliet Johnson is Professor of Political Science at McGill University and the author of A Fistful of Rubles: The Rise and Fall of the Russian Banking System.

Have We Been Thinking about Inflation All Wrong?