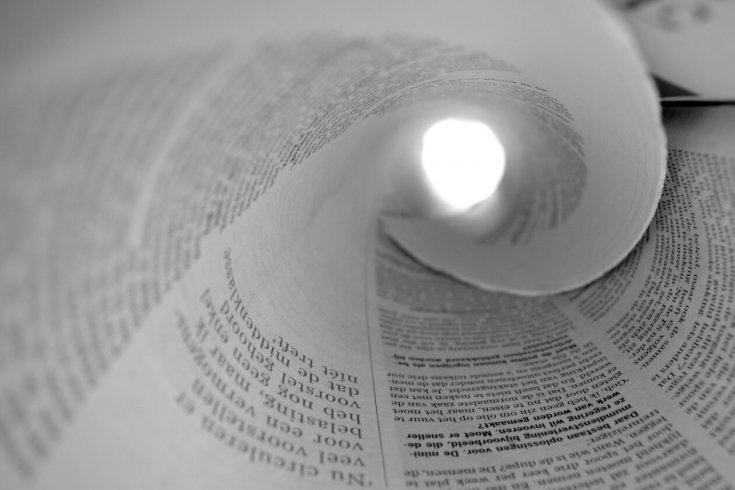 This year, The Donner Canadian Foundation proudly celebrates the nineteenth anniversary of the Donner Prize, which annually rewards excellence and innovation in public policy writing by Canadians. The largest and most prestigious prize of its kind, the Donner Prize awards $50,000 to the author of the winning book, with $7,500 awarded to each of the other shortlisted titles. In anticipation of the announcement of this year’s Donner Prize winner, on May 15, The Walrus is proud to present excerpts from the short-listed books. In this instalment, adapted from “A Field Guide to Lies: Critical Thinking in the Information Age”, Professor Daniel J. Levitin of McGill University provides a guide on how to think critically when faced with an abundance of fake news. For more information about this year’s nominees, please visit www.donnerbookprize.com.

I’m going to start by saying two things that will surely make some people very mad. First, the language we use has begun to obscure the relationship between facts and fantasy. Second, this is a dangerous by-product of a lack of education in our country that has now affected an entire generation of citizens. These two facts have made lies proliferate in our culture to an unprecedented degree. It has made possible the weaponizing of lies so that they can all the more sneakily undermine our ability to make good decisions for ourselves and for our fellow citizens.

We are all being more than a bit too careful in how we refer to falsehoods. Perhaps in an effort to avoid personal confrontations, an effort to “just get along,” we have started to use euphemisms to refer to things that are just plain whack-a-do crazy. The lie that the Washington, DC, pizza shop Comet Ping Pong was running a sexslave operation spearheaded by Hillary Clinton led Edgar M. Welch, twenty-eight, of Salisbury, North Carolina, to drive 350 miles from his home to Washington, DC, and fire his semiautomatic weapon inside the pizzeria on Sunday, December 4, 2016. Other euphemisms for lies are counterknowledge, half-truths, extreme views, alt truth, conspiracy theories, and, the more recent appellation, “fake news.”

These euphemisms obscure the fact that the sex-slave story is an out-and-out lie. The people who wrote it knew that it wasn’t true. There are not two sides to a story when one side is a lie. Journalists—and the rest of us—must stop giving equal time to things that don’t have a fact-based opposing side. Everyone, of course, is entitled to their own opinions. But they are not entitled to their own facts. Lies are an absence of facts and, in many cases, a direct contradiction of them.

The fact that no dedicated professional journalist gave the Pizza-sex slave story any credence should tell you a lot. I understand that there are people who think that journalists are corrupt and co-opted by the government. The U.S. Bureau of Labor Statistics reports that there are 45,790 reporters and correspondents. The American Society of News Editors, an independent trade group, estimates there are 32,900 reporters working for the nearly 1,400 daily newspapers in the United States. Some journalists may well be corrupt, but with this many of them, it’s very unlikely that they all are.

You might object and say, “But it’s not my job to evaluate statistics critically. Newspapers, bloggers, the government, Wikipedia, etc., should be doing that for us.” Yes, they should, but they don’t always, and it’s getting harder and harder for them to keep up as the number of lies proliferates faster than they can knock them down. It’s like a game of whack-a-mole. The Pizzagate story received more than one million hits, while its debunking by Snopes received fewer than 35,000. We are fortunate to have a free press; historically, most nations have had much worse. We should never take the media’s freedom and integrity for granted. Journalists and the companies that pay them will continue to help us identify lies and defuse them, but they can’t accomplish this on their own—the lies will win if we have a gullible, untrained public consuming them.

Of course most of us would not believe that Hillary Clinton was running a sex-slave ring out of a Washington, DC, pizzeria. But this book isn’t just about such absurdities. Do you really need this new drug or is the billion-dollar marketing campaign behind it swaying you with handpicked, biased pseudo-data? How do we know if a celebrity on trial is really guilty? How do we evaluate this investment or that, or a set of contradictory election polls? What things are beyond our ability to know because we aren’t given enough information?

The best defense against sly prevaricators is for every one of us to learn how to become critical thinkers. We have failed to teach our children to fight the evolutionary tendency toward gullibility. We are a social species, and we tend to believe what others tell us. And our brains are great storytelling and confabulation machines: given an outlandish premise, we can generate fanciful explanations for how they might be true. But that’s the difference between creative thinking and critical thinking, between lies and the truth: the truth has factual, objective evidence to support it. Some claims might be true, but truthful claims are true.

Critical thinking trains us to take a step back, to evaluate facts and form evidence-based conclusions. What got Welch into a situation of discharging a firearm in a DC pizza parlor was a complete inability to understand that a view he held might be wrong. The most important component of the best critical thinking that is lacking in our society today is humility. It is a simple yet profound notion: If we realize we don’t know everything, we can learn. If we think we know everything, learning is impossible. Somehow, our educational system and our reliance on the Internet has led to a generation of kids who do not know what they don’t know.

Part of the difficulty in sorting through information is that sources have changed. In the old days, factual books and news articles simply looked authentic, compared to a screed that some nut might have printed in a basement on a home printing press. The Internet has changed that, of course. A crank website can look as authentic as an authoritative, fact-checked one. Misinformation is devilishly entwined on the Internet with real information, making the two difficult to separate. And misinformation is promiscuous—it consorts with people of all social and educational classes and turns up in places you don’t expect it to. It propagates as one person passes it on to another and another, as Twitter, Facebook, Snapchat, Instagram, Tumblr, and other social media spread it around the world; the misinformation can take hold and become well known, and suddenly a whole lot of people are believing things that aren’t so.

This is a book about how to spot problems with the facts you encounter, problems that may lead you to draw the wrong conclusions. Sometimes the people giving you the facts are hoping you’ll draw the wrong conclusion; sometimes they don’t know the difference themselves. Today, information is available nearly instantaneously, national leaders show up in your social media accounts, reports of “breaking news” grab your attention daily, even hourly, but when is there time to determine if that new information is packed with pseudo-facts, distortions, and outright lies? We all need efficient strategies for evaluating whether what we are being told is trustworthy.

Critical thinking doesn’t mean we disparage everything; it means that we try to distinguish between claims with evidence and those without.

Take the statistic I quoted earlier, about how the number of books students read declines steadily every single year after second grade. The implication is that our educational system is flawed—children are not developing good learning habits, they’re not interested in bettering themselves, and they’re not intellectually engaged. Now stop and ask yourself: is number of books the right metric for drawing conclusions about this? Second graders are typically reading very short books, and the length of books increases with age. By middle school, children might read Lord of the Flies (two hundred pages) and by college, War and Peace (1,225 pages). Perhaps we should be looking at number of pages read or amount of time spent reading. By graduate school, and in many professions such as the law, government, industry, finance, and science, people may be reading fewer books but more and more rigorous, scholarly articles. If a government official didn’t read any books but spent time reading the constitution, legislation, intelligence briefings, newspapers, and magazines, would you say that this person wasn’t intellectually engaged? Just because a statistic is cited doesn’t mean it’s relevant to the point at hand. Moreover, the study appears to have been conducted by a company that designs and sells software to improve reading skills, so they stand to benefit from a report of low reading levels. Critical thinking in action.

Sometimes the evidence consists of numbers and we have to ask, “Where did those numbers come from? How were they collected?” Sometimes the numbers are ridiculous, but it takes some reflection to see it. Sometimes claims seem reasonable but come from a source that lacks credibility, like a person who reports having witnessed a crime but wasn’t actually there. This book can help you to avoid learning a whole lot of things that aren’t so. And stop the liars in their tracks.

Daniel J. Levitin is the James McGill Professor of Psychology and Neuroscience at McGill University, and the author of This is your Brain on Music, The World in Six Songs and The Organized Mind.