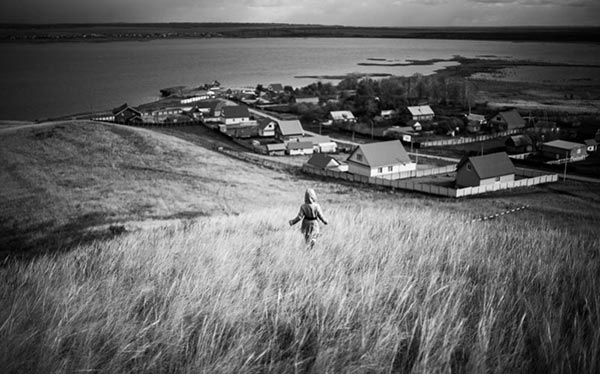 Read through Canadian photographer Ian Willms’ blog long enough and you’ll find the sort of detail that storytellers of all kinds search for and hold onto.

Of particular interest is a February 2012 entry that Willms, then twenty-six, made from Cologne, Germany. “As we transitioned into [the new year], I made the resolution to take a sweeping and drastic step towards carrying out the work I have always wanted to do,” he wrote. “It feels like every photograph I have made up until now has been practice. Wish me luck.”

Willms’ objective was an ambitious one: to retrace the historical migration of the Mennonite people from the Netherlands eastward. Persecuted for their beliefs over a number of centuries, the Mennonites resettled as far away as Russia. (In the nineteenth and twentieth centuries, many fled west to North America.) As a descendant, the general idea had been with him for some time. But soon after publishing his blog post, Willms briefly panicked. The scale of the project was daunting. “I didn’t know anything: where I was going to stay, how I was going to afford it, if I was even going to find anything. It’s like that old proverb: ‘The journey of 1,000 miles begins with one step.’”

The final result is The Road to Nowhere, an exhibition of twenty-five photographs currently showing at Toronto’s Contact Gallery. In the end, the work required two trips over two years, totalling a great deal more than 1,000 miles. From March to June 2012, Willms travelled through the Netherlands, Germany, Poland, and Ukraine. Late last August, he returned for three more months, flying to Barcelona and then travelling by train through Europe to Russia and right across Siberia.

Taken together, these photographs help us to understand—viscerally—the grisly truths in the historical record. With subjects like twentieth-century Russian history, the specifics can quickly blur to abstraction. Pictures like these remind us they are, in fact, real.

The Road to Nowhere was photographed with digital Leica cameras. The exhibition continues through March 7, 2014 at Contact Gallery, 310-80 Spadina Avenue, Toronto.

Julien Russell Brunet is a Toronto writer. He is a former intern at The Walrus.
Ian Williams

Ian Williams is a Giller Prize–winning poet and writer. His most recent book is Disorientation: Being Black in the World.