Have We Been Thinking about Inflation All Wrong? | The Walrus
Skip to content 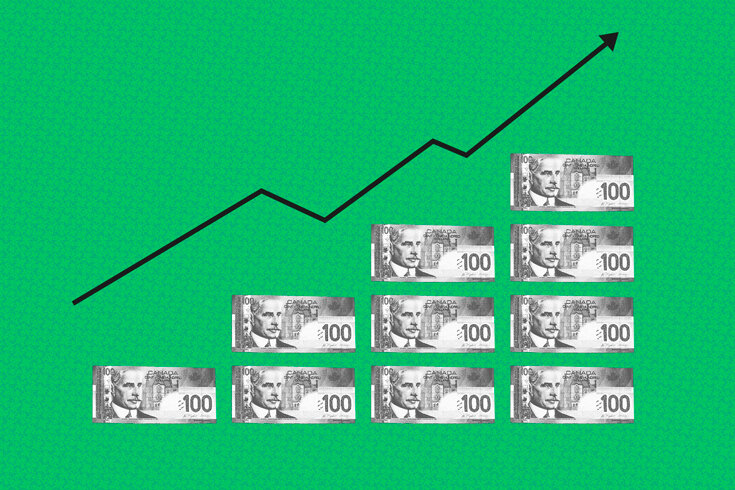 When it comes to revolutionaries, the well-dressed employees who work in the Bank of Canada’s granite office building at 234 Wellington Street in Ottawa probably aren’t near the top of anybody’s list. And no wonder: for as long as central banks have existed, their job has been to maintain the stability of our economic system. That means controlling inflation, which can raise the price of everything from food to housing and, if allowed to run rampant, badly damage an economy. For the better part of the last thirty years, they did that masterfully—so masterfully, in fact, that people more or less stopped worrying about inflation at all.

But now, after a year in which governments and central banks did everything they could to stave off economic collapse, the inflation fears are back. That’s because if there’s one thing most economists agree on, it’s that making money too cheap and too widely available for too long should, at some point, lead to price increases. And, over the past year, we’ve seen money made as cheap and as available as it has ever been, with more than $12 trillion in fiscal stimulus being given to businesses and households worldwide (with central banks adding trillions more in lending) in an effort to prevent a pandemic-driven depression.

A litany of pundits and politicians saw something else in all that money being plowed into the global economy: a dangerous experiment that could spark a runaway inflationary fire. Conservative MP and former finance critic Pierre Poilievre is at the head of that pack, with YouTube videos (occasionally involving props like a piece of wood or a quarter) decrying what he has taken to calling “the inflation tax.” And, for some, the warning signs are already here. In May, inflation grew by 3.8 percent in the United States while, in Canada, it rose by 3.6 percent, its highest level in over a decade. With that jump, the cost of almost everything—food, vehicles, consumer goods—jumped too.

Central banks might be expected to tamp these increases down, as they have in the past. They are instead flirting with a different approach: ignoring it. To understand why begins with appreciating that the prevailing narrative about inflation—that it is a force, as Ronald Reagan said, “as violent as a mugger, as frightening as an armed robber, and as deadly as a hitman”—may now be more of a relic than a tenet.

When, during the aftermath of the 2008 financial crisis, the Obama administration’s American Recovery and Reinvestment Act sought to stimulate the economy with $832 billion in new spending, it attracted dire prophecies about the inflationary spiral the country was apparently about to plunge into. Fears were stoked by references to 1930s Weimar Germany, where so-called hyperinflation took hold and destroyed the country’s social and economic fabric. But one actually didn’t need to look that far back for a cautionary example. “What’s happened,” economist Arthur Laffer wrote in June 2009, “is potentially far more inflationary than were the monetary policies of the 1970s.” Laffer was referring to the double-digit inflation in the late 1970s and early 1980s that forced central bankers to raise interest rates to eye-watering levels. Americans had to live through gasoline and food shortages, skyrocketing mortgage rates, two recessions, and, eventually, the collapse of their dollar. “It wasn’t a pretty picture,” he wrote.

Of course, nothing like that happened. For all the catastrophizing over Obama’s fiscal stimulus, crushing inflation never came to pass—and we never really came that close to experiencing it. Inflation topped out at near 4 percent (below its precrisis level) before quickly retreating to less than half that. Today, a similar situation seems to be emerging after the extraordinary measures taken by governments around the world to address the economic impacts of the pandemic: near-term price increases followed by longer-term stability as economies return to a post-COVID environment. Some economists seem to think so too. “Based on past economic cycles, we would have expected inflationary pressure to begin to rise,” Bank of Canada governor Tiff Macklem said in February, when markets were rallying amid a growing global recovery. “But inflation wasn’t threatening to take off. As the pandemic recedes and the recovery continues, we will keep that experience in mind.”

One question hanging over global markets right now is whether the current high inflation figures are a funhouse effect—a temporary spike driven by the weirdness of COVID-19 and its impact on global supply chains. After all, we already see commodities like lumber and copper, which both soared to record high prices, drop back to more sane levels as economies reopen and supply shocks get resolved.

What’s clear is that the usual models for how an economy operates don’t seem to work as well as they used to. That’s a reflection, in part, of major changes in the world, from shifting demographics (we now have a much older population, which reduces the demand for purchases such as houses, cars, and other big-ticket items) to global trade flows (which reduce labour costs) and technological innovation (which drives down the prices of everything from personal computers to solar panels). “Times change,” US Federal Reserve official Richard Clarida said in a speech last year, “as has the economic landscape, and our framework and strategy need to change as well.”

It’s no surprise, then, that central bankers are exploring ideas or policies that would have been borderline heresy a decade or so ago, when their mandate—essentially, their job description—was shaped by an overwhelming resolve: snuffing out inflation before it could build momentum. The instant inflation perked up, banks would raise interest rates. This increased the cost of borrowing, which, by slowing down the speed at which money circulated, helped control prices. Unfortunately, it also discouraged investment, which depressed wage growth and job creation. As former Bank of Canada and Bank of England governor Mark Carney suggested in a recent speech, hypervigilance against inflation might have come at too high a price for workers. “Price stability,” he said, “is clearly is not a guarantee of financial stability.” So it’s no surprise that a new generation of central bankers, one that didn’t necessarily come of age intellectually during the 1970s, appear to be on the verge of flipping that script. In September 2020, McGill University’s Max Bell School of Public Policy invited economists to a four-day virtual conference to address ways the Bank of Canada should modify its mandate for the postpandemic era.

This new interpretation of the mandate acknowledges that any threats posed by moderate price inflation may pale in comparison to things like income inequality. Across the developed world, the gap between rich and poor, which widened considerably over the last twenty years, deepened during the pandemic. It was largely to prepare for such worsening conditions that New Zealand amended its Reserve Bank’s legislation in 2019 to create a “dual mandate” for maintaining both price stability and full employment. The US Federal Reserve has long held a dual mandate, but in a key speech last August, Jerome Powell, chair of the Fed and by far the planet’s most important central banker, suggested the institution he leads would prioritize the employment part of the equation. “Many find it counterintuitive that the Fed would want to push up inflation,” he said. “However, inflation that is persistently too low can pose serious risks to the economy.”

If inflation were allowed to run a bit higher, it could deliver a long-overdue win for young people who have had to face a combination of stagnant wages and rising housing costs. “Inflation is going to potentially drive higher wage increases—and with the economy running a bit hot, potentially more employment—for young Canadians,” says Scotiabank deputy chief economist Brett House.

That’s already partly happening in the US service industry, where, according to Bloomberg, monthly wages grew faster in March than they have since 1981. But a wage increase is not the only potential windfall for young people. Higher inflation could reduce the burden of their debts—their wages will rise while the amount they owe the bank remains the same. A pay hike could also be a saving grace for young homeowners, giving them an easier time paying off a mortgage. This could, in turn, help address an issue that haunts Canada’s economy: a housing boom that has priced a generation out of our biggest cities.

More than anything, sticking to the sidelines would signal a long-overdue shift in the priorities of our financial and political leaders. Last year, London School of Economics scholar Charles Goodhart wrote that this ongoing reevaluation of inflation “will affect macroeconomic theory and teaching, perhaps forever.” For all the talk about governments rebuilding COVID-rattled economies in more just and equitable ways—one thinks of Trudeau’s announcement of $10-a-day child care and his broader focus on fixing the “she-cession” of women having left the workforce during the pandemic—tilting the economy in the direction of young people might be among the most important changes.

Not everyone will be happy. If you’re a retiree on a fixed income, the prospect of rising inflation is understandably frightening, because it means your costs will rise more quickly. But a controlled burn might be exactly what we need to mitigate the damage that’s done both by COVID-19 and the decade-plus of excessive austerity that preceded it. By letting the financial sunlight finally reach the forest floor, we could see a new kind of economic growth—and, with it, a system that does more than feed just the tallest trees