Guess Who's for Dinner | The Walrus
Skip to content 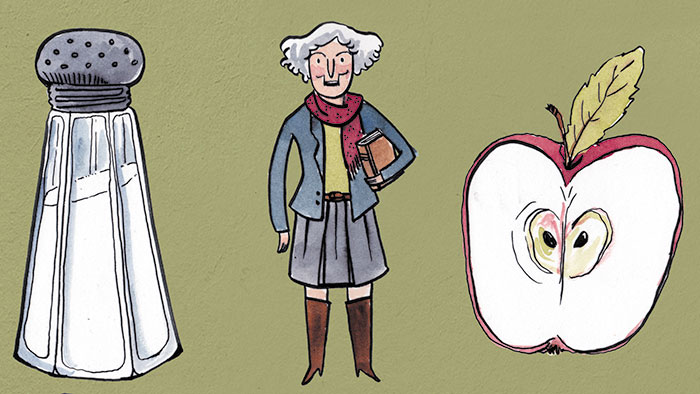 “Is all the world obsessed with cannibals? ” asks a character in Harry Whitehead’s new novel, The Cannibal Spirit, which the author based on the true story of George Hunt, an ethnologist who reported on the alleged cannibalistic practices of the Kwakwaka’wakw people of British Columbia. In 1900 Hunt was himself accused of cannibalistic activity, and those charges serve as the inspiration for Whitehead’s book, a thriller that imagines Hunt’s son-in-law Harry Cadwallader (a real person, but heavily fictionalized in the book) searching for Hunt after he goes into hiding. Like Marlow’s quest for Kurtz in Heart of Darkness, Cadwallader’s journey reads like a feverish dream. The novel alternates between Hunt’s wavering first-person account and the seemingly more objective third-person report of Cadwallader’s mission. Both versions contain a supernatural undercurrent, with visits by characters who seem to be messengers from another world.

An instructor at the University of Leicester in England, with a master’s degree in medical anthropology and a doctorate in creative writing, Whitehead has published several academic articles on the controversies surrounding Hunt’s work. The latter’s descriptions of First Nations cultures influenced Franz Boas, the eminent German American anthropologist and proponent of cultural relativism. The two men became collaborators, and Boas used Hunt’s extensive testimony to theorize that the Kwakwaka’wakw tribe included four secret societies, one of which practised a cannibalistic ritual called hamatsa. The ritual, and what it entails, forms a central question in The Cannibal Spirit, as Hunt is both celebrated for his discovery and suspected, because of his half-Aboriginal heritage, of being a cannibal himself. And while the novel is rooted in the ongoing arguments among anthropologists about whether the ritual includes actual flesh eating, the story continues a long tradition of cannibalism-inflected Canadian literature.

Tellingly, the roots of the word “cannibal” lie in colonial misunderstanding: when Christopher Columbus landed in Hispaniola in 1492, he assumed that he had arrived in Asia. Believing that a tribe he encountered were Mongols living in the kingdom of the Grand Khan, the befuddled seaman called them Caniba. A neighbouring group, the Arawaks, warned the explorer that the Caniba had a taste for human flesh, thus contributing to the tall tales about cannibalism in exotic climes. Since then, countless yarns about flesh-eating Indigenous peoples have been propagated by missionaries, soldiers, and traders. Going by these accounts, you could hardly have set foot in Africa, Asia, or the Americas without being pursued by a hungry headhunter or a shaman smacking his lips. Anticipating Boas, the Renaissance essayist Michel de Montaigne used the figure of the cannibal to argue for a cosmopolitan acceptance of cultural difference, but the more common attitude held that the custom of flesh eating justified the European mission to spread Christianity and civilization. Certainly, the grisly and widely circulated accounts of the Iroquois eating Jesuits helped drum up support for New France.

Ironically, while doing fieldwork in Tanzania in 1968, University of Virginia graduate student William Arens noted that many of the Africans he met assumed that Europeans were cannibals, often casually smearing them with the Swahili word mchinja-chinja, which means “bloodsucker.” This usage perhaps arose from the procedure of blood transfusion, which foreign doctors had introduced to African clinics and hospitals earlier in the twentieth century. Arens’s African experience provided the germ for his influential 1979 book, The Man-Eating Myth, which argues that the vast ethnographic literature on cannibalism belongs to the human imagination rather than to real cultural practices. “Rumors, suspicions, fears and accusations abound, but no acceptable first-hand accounts,” Arens wrote, adding that “the idea of ‘others’ as cannibals, rather than the act, is the universal phenomenon.”

The book ignited a fierce debate that caused scholars to cast a more skeptical eye on accounts of cannibalism. In the ensuing battles, Arens lost a few skirmishes, as medical and scientific evidence seemed to reveal cases of cannibalism in Papua New Guinea and the American Southwest, but he won the larger argument. Most traditions once deemed cannibalistic were increasingly revealed to be metaphorical, comparable to the Christian Eucharist. Far from being a nearly universal practice, cannibalism seems to have been strongly taboo in all but a handful of human societies.

Not everyone greeted Arens’s arguments with ready assent. In 1981, the literary critic Marvin Mudrick snorted about “a recent mealy-mouthed anthropological hypothesis concerning the practice of cannibalism: that there wasn’t any, that there wasn’t ever an extended or nuclear family anywhere that ate people day in and day out, it was nothing but loose talk by tribes on the other side of the mountain, who didn’t eat people either. Well, once in a while they ate people, but only at Easter and Thanksgiving.” Post-Arens, the work of Hunt and Boas has been subjected to searching critiques. Boas has been accused of relying on hearsay, while Hunt’s tales of his career as a shaman are rife with contradictions. Early on, Hunt wrote about his ecstatic visions and visits from his animal spirit; later, he appears to deny these experiences, writing as if he had always been a skeptical man of reason who studied shamanism in a purely clinical manner. Still, popular historians such as George Franklin Feldman and Jim McDowell continue to lean heavily on Hunt’s accounts of flesh eating by Kwakwaka’wakw. Since the hamatsa ritual is a secret initiation rite, very little is known about it. By various accounts, young men are taken to the forest, where they invoke the spirit of a giant eater of human flesh and are visited by elders; eventually, they return to their village, where they perform the hamatsa dance and bite other members of the community.

In The Cannibal Spirit, Whitehead grapples with this tension by imagining Hunt’s personal dilemmas. The son of a British trader and a Tlingit mother, Hunt married into Kwakwaka’wakw society. A natural shape-shifter and border crosser, he managed to exist in many cultures but was distrusted by all sides. In the novel, he must contend with white authorities who charge him with eating human flesh, as well as Aboriginal people who condemn him for another kind of cannibalism: the theft of Native stories for non-Native consumption. Although packaged as a thriller with a Joseph Conrad-inspired plot, The Cannibal Spirit is actually a psychological novel in disguise that works best as an empathetic portrayal of Hunt as a divided self. The book’s strength lies in how it depicts Native magic as an experiential reality, respecting the mystery of rituals while avoiding the academic tendency to explain away the sacred.

Whitehead’s novel is merely the latest in a long line of fiction set in Canada and devoted to eaters of human flesh. Whether dredging up tales from Native folklore or revisiting Arctic journeys that went badly awry, authors demonstrate an unexpected and persistent fascination with cannibalism. The reputation of Canadian literature for bourgeois blandness is belied by the way major writers have delved deeply into this most taboo activity. Ever droll, Margaret Atwood devoted an entire chapter of her 1987 anthology, The Canlit Foodbook, to “Cannibalism Canadian Style.” Among the examples she serves up are Leonard Cohen’s meditation in Beautiful Losers on Iroquois who dined on the hearts of Catholic priests; Dennis Lee’s child-eating monster (“I eat kids yum yum!”); and her own anorexic Edible Woman, who bakes a woman-shaped cake. It’s easy to conclude that CanLit actually stands for “cannibal literature.”

Atwood returned to the subject in 1991 when she delivered a series of lectures on Canadian literature at the University of Oxford. “The English, I knew, were very fond of cannibalism,” she explained when the talks were published as Strange Things: The Malevolent North in Canadian Literature, in which she traces two major thematic inspirations for our fixation with cannibalism. The first is a cycle of poems and narratives inspired by the doleful fate of the Franklin expedition, which set out in 1845 to open the Northwest Passage to Asia, and ended two years later with mass starvation and alleged cannibalism. Various Canadian writers found their inspiration in this story, from Gwendolyn MacEwen, whose blood-curdling verse drama Terror and Erebus amplified the heroism and horror played out on the expedition; to the sardonic mockery of Mordecai Richler in Solomon Gursky Was Here, in which a character postulates that Franklin’s doomed crew included Jewish members.

Richler was particularly delighted that initial Inuit reports about cannibalism on the Franklin expedition were met with British incredulity: “The fact that a Christian would accept the word of the Natives on such an insidious matter inflamed not only Lady Franklin, but also other Britons, among them Charles Dickens. The source of these stories, Dickens wrote, was a ‘covetous, treacherous and cruel’ people, with a proven taste for ‘blood and blubber.’ Members of the Franklin expedition represented the ‘flower of the trained English Navy’ and, therefore, ‘it is in the highest degree improbable that such men … would or could, in any extremity of hunger, alleviate the pains of starvation by this horrible means.’” In pointing to this choice passage of Dickensian pleading, Richler provides excellent evidence to corroborate Arens’s contention that cannibalism is often used to demarcate the difference between “us” and “them.”

Atwood’s other major theme is the cluster of poems and stories about the Windigo, a cannibalistic monster from the mythology of Woodland Crees and Ojibwas. Windigos appear in human form, and victims join their ranks by being bitten by one, by eating human flesh, or through a dream or an enchantment. Parallels can be drawn between the Windigo and the many ghouls who populate European culture, from vampires to zombies to Frankenstein’s monster (after all, didn’t Frankenstein steal human body parts to build his creature?). Indeed, the ubiquity of such legends around the world suggests that the cannibal is an ur-monster, the prototype for all our fears.

But what makes cannibalism such a pervasive theme in Canadian literature? Atwood’s idea of the “malevolent north” provides a clue. If, as Arens suggests, cannibalism provides a handy insult to throw at a rival tribe, then it follows that Canada, a nation where many cultures have come together in an often hostile environment, should serve as an especially hospitable home for tales of humans who devour each other. In The Cannibal Spirit, Hunt wonders, “Ain’t we all monsters in our darkest hours? ” In the best books, eating human flesh constitutes a useful way to examine the monstrous side of human nature and the myths that spring up when we encounter people who are alien to us. Cannibalism, then, isn’t about whom you eat; it’s about whom you meet.

Jeet Heer is the national affairs correspondent for The Nation magazine. His most recent book is Sweet Lechery: Reviews, Essays & Profiles.
Kate Beaton