Green Is the New Black | The Walrus
Skip to content 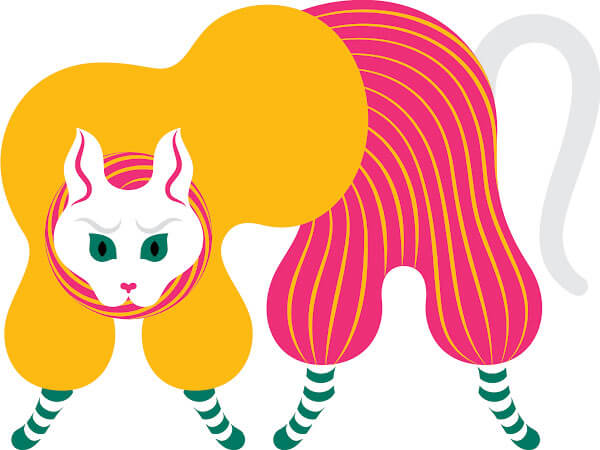 Ileft the Marc Jacobs show at the New York State Armory to queue up with other fashion journalists fighting for a cab. The Roland Mouret show was a twenty-minute ride across town. Luckily, as is often the case, the organizers were running behind. I arrived out of breath, only to realize with a sinking heart that I didn’t have a “firm” seating assignment. My best hope was that the door person would take pity on me and let me into the standing-room-only section—social Siberia, but I might at least see the clothes from there.

To my surprise, an usher led me to the front row. “Sit down, fast!” she said. An older editor two seats down shot me a dirty look. She knew I had been given the place of a no-show colleague to spare the designer the embarrassment of an empty seat in photographs. In the end, it didn’t matter; the music started, and we were all transported into a utopian modernist future, with models dressed like Le Corbusier buildings.

Fashion shows reflect a fickle, caste-ridden industry acknowledged as ridiculous even by its own nobility. For media and fashion scholar Rebecca Halliday, the events enact a “performance of exclusivity.” Halliday, who is finishing up a PhD at York University in the social hierarchies of the fashion show, started her research six years ago by looking at how the front row is governed by magazine editors, celebrities, influential buyers, and important clients. Lesser players ray out, and rankings shift from show to show, season to season. “Your seat promotes your status to everyone,” she says.

In 2009, Halliday began to notice a “disruption” in the natural order. The increased availability of runway images online and the release of fashion films by designers seemed to threaten the very premise of the seasonal ritual. Fashion shows aren’t simply rarefied parties. The group that views the collections is expected to interpret them for consumers via magazines, newspapers, and the retail floor. It controls the message and, to a large extent, our craving for seasonal trends. There was no better sign of the shift than the fact that the old guard of the front row had to contend with new seatmates: bloggers such as Tommy Ton, a photographer from Canada; and Tavi Gevinson, a then-thirteen-year-old from Chicago. Not everyone was amused.

Attendance at Fashion Week is by invitation only; petitioning for a seat might begin months before. Depending on your relationship with the designer, the influence of your media outlet, and other, more intangible factors, you might need to RSVP several times, even if you’re a veteran. With all that, you still risk getting to the door and finding out you’re not on the list.

The digital media gatecrashers, however, suggested that fashion’s “performance of exclusivity” was being tested. “They exhibited the airs and graces of seasoned fashionistas,” remembers Bronwyn Cosgrave, author of Made for Each Other: Fashion and the Academy Awards. “They weren’t like, Lucky me, which is how I felt my first Fashion Week in Paris.” In other words, the game could now be played by anyone.

Democratization was supposed to be the Internet’s big gift to the world; for a time, it seemed everyone was going to become a citizen reporter, film critic, or celebrity. In fashion—where sixteen-year-olds regularly model size 0/2 clothes intended for a much older, more affluent clientele—the promise was that there would now be room for all of us to find and express our true chic selves.

As was the case with the music and publishing industries, though, the promise wasn’t a perfect fit. While all of us are ostensibly free to create our own looks and perhaps become online sensations, most of us don’t. We tend to follow people who are better at it—canonized digital stars such as Leandra Medine (Man Repeller) and Scott Schuman (The Sartorialist), who essentially just recreate, and celebrate, the lifestyle of the elite. Then there’s the online positioning of the brands themselves. Olivier Rousteing, Balmain’s creative director, calls his 1.6 million Instagram followers a “glamour army.”

“Online media does act as a democratic tool,” Halliday observes, “but at the same time, it reinforces the consumer’s sense of exclusion.” One of the toughest challenges for companies is finding ways to keep something special once everybody likes it. Hermès Birkin bags range from $10,000 to $200,000 (US) in price; the entry-level version isn’t cheap, but the cost of the highest-end version further differentiates it for the very few who can afford it. Elite fashion shows, eager to strengthen their exclusivity, are now staged outside the traditional calendar—Dolce & Gabbana’s Alta Moda, for example, was held last summer in Portofino, Italy, for 400 of the brand’s best couture clients. If anything, the new fashion world reinforces the fact that there are different tiers—our own, and those of the sartorial 1 percent.

Does fashion require exclusivity in order to exist? “I think so,” Halliday muses. “Fashion is about class aspiration.” And that aspirational basis has no value if access to it isn’t strictly controlled. It thrives on envy.

Which is not to say that rival groups won’t join to keep the pecking order alive. Once, at a Versace show in Milan, Cosgrave discovered an interloper in her assigned front-row seat. He refused to budge. “Versace used to place everyone on these Baroque-style cushions,” she recalls. Honouring a surprising alliance formed over years in the trenches, a neighbouring journalist came to her aid. What erupted was basically a pillow fight. And, she says, “I won.”

Jessica Johnson (@ejessicajohnson) is the editor-in-chief of The Walrus.
Studio Tipi