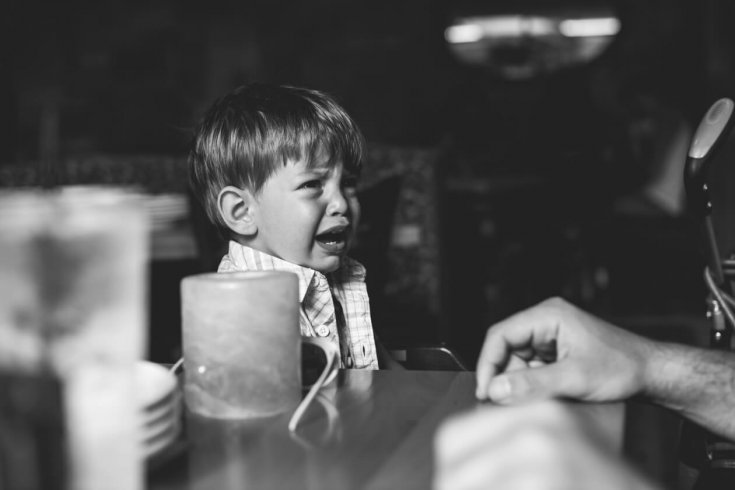 Novelist John Banville recently claimed that no writer could be a good father. “You take so much and suck up so much of the oxygen that it’s very hard on one’s loved ones,” he told the Irish Times. “I wouldn’t have been able to live with me.” Indeed Banville sees himself as such a poor family man, he praises his loved ones for surviving him. “I’m very fortunate,” he said, in the spirit of a typhoon relieved that the villagers were evacuated.

Cue the social media rage. “Speak for yourself, fucknuts,” tweeted David Simon, creator of The Wire. “Family is family. The job is the job.” The Irish Times asked a variety of writers, including Lucy Caldwell and Joanna Walsh, for considered reactions. Many focused on the glaring sexism of the author’s remarks. “Banville’s children didn’t die of his ‘bad’ fathering,” Walsh observed. “Someone looked after them.”

Bad parenting is hardly unique to male authors. “I want to keep ringing up my children and saying, ‘Are you sure you’re all right?’” Alice Munro told The Paris Review, while Doris Lessing once said, “There is nothing more boring for an intelligent woman than to spend endless amounts of time with small children.” But is it possible that the widespread critique of Banville’s remarks isn’t about parenthood per se, but rather his assumption that the public will accept unsavoury biographical details on the basis of his artistic production? He is evidently unaware that those myths no longer pass. You can no longer rely on art to redeem you in the public eye.

Banville’s masculine portrait of the parent-as-artist can be traced at least back to Cyril Connolly. “There is no more somber enemy of good art than the pram in the hall,” Connolly wrote in Enemies of Promise (1938). But Connolly may have misread the chain of causality. It’s not that children are the enemies of art, but that artists can be the enemies of children. James Joyce, Thomas Mann, William Faulkner, Saul Bellow—these are great writers, but awful fathers. Joyce was sent out to buy food for his family, and returned with a scarf for his wife. Mann skipped the funeral of his son, Klaus, whom he’d called “morally and intellectually not intact.” I can think of no more savage response than that of William Faulkner, when his daughter tried intervening in his alcoholism: “Nobody remembers Shakespeare’s children.”

It’s never entirely clear what the child did to deserve such a bad reputation. Unlike the so-called “person from Porlock,” who interrupted Samuel Taylor Coleridge during his composition of “Kubla Khan,” these children have never been shown to actually disrupt artistic production. Rather, the pram in the hall is a convenient scapegoat for works unwritten, potential unrealized. J.G. Ballard called Connolly out by name in a firm rebuke: “[The pram] was the enemy of a certain kind of dilettante life that he aspired to,” said Ballard, “but for the real novelist the pram in the hall is the greatest ally—it brings you up sharp and you realise what reality is all about.”

But Ballard’s argument—that children are an ally to art—oddly echoes Banville, as both envision the writer’s family members as utilities to artistic production. Banville puts it graphically when he said, “We are cannibals. We’d always sell our children for a phrase.” For this reason, David Simon’s riposte—”Family is family. The job is the job”—strikes me as an insufficient way of framing the issue, in so far as it presupposes that writers distinguish between art and reality, material and life, when very few do, or even desire to. We have to accept that the writer’s engagement with reality is always incomplete, or imaginatively augmented. “I never looked at anything,” Banville says elsewhere in his interview. “I was looking past things to what I imagined.” Now at the age of seventy, he says this as a lament, but no one would be there to record his parental regret if he hadn’t looked past things, imagined The Sea, and won the Man Booker Prize.

In this way, we begin to see how Banville’s words are founded on a deeper myth, in which the artist’s most egregious sins are justified by his artifacts. This standard of behaviour—at once very low and very high—has proven unusually persistent. In an essay for The New Yorker, in which he reviewed the memoirs of children of authors like Bellow, William Styron and Bernard Malamud, James Wood traced the “brutal path” these authors cleared in their family lives. But, he concludes, “in two or three generations, that story will have faded from memory, outlived by what it enabled.”

Are there times when art can be an ally to children, rather than the other way around? Perhaps no one profits—and suffers—more from a famous literary father than the child who wants to follow in the family business as an artist, and not simply a memoirist. From a career viewpoint, the benefits are many. Several years ago, researchers at Yale and Moscow State University reported that there is an inherited element to creative writing, akin to an athlete’s son being naturally good at sports. Couple that inheritence with the material benefits of being raised in the kind of literary milieu most writers can only dream of, and these good-for-nothing fathers seem good at least for something.

But whatever advantage a literary father provides also serves to devalue the work of the child—of course Martin Amis writes well, we think; what’s so great about that achievement? And even if we don’t discount their works, they suffer by comparison. Young writers deserve the chance to define themselves and, by extension, their own audiences, but even if the father and son don’t see it as such, the reading public often receives their works in an Oedipal paradigm, placing them in a needless and lopsided competition. The work of David Updike competes with John’s; the work of John Steinbeck IV competes with the III’s. It’s probably better to do like Joe Hill, the son of Stephen King, and jettison the famous, shadow-casting surname.

Yet we grieve the children of bad literary fathers in paradoxical ways. For however they might have suffered, the children are unimaginable without the books for which they were sacrificed. The wreckage of their childhood finds a sympathetic audience in the very vessel of destruction. The latest biography of Klaus Mann is titled Cursed Legacy but how many people with similarly rotten childhoods can be said to have a legacy? We might bemoan Thomas Mann’s inhumanity, but there’s no counterfactual life for Klaus without his father’s all-consuming books. Powerful works of art become akin to geographical roots, they’re so essential to a family narrative.

What’s more, our continuing fascination with the unsavoury private lives of writers has a way of reinforcing the myth of art’s redeeming powers. Simply put, there wouldn’t be a market for the memoirs of Bellow and Cheever’s children were it not first for the success of Bellow and Cheever’s books, and second, for their bad behaviour. Perhaps against its better instincts, the reading public enjoys these stories; were such authors suddenly to become good family men, there would be peace, but also quiet.

As we begin to peel back the layers of the male authorial identity, we may be resolving this paradox in favour of good behaviour over everything. The outrage over Banville’s remarks reveal a fundamental challenge to the myth that time will pardon you for writing well. Regardless of whether they’re actually parents, we increasingly seem to hold writers to the standards set for parents. Depending on how they behave, we either cleave to them with Oedipal passion or savage them with Oedipal rage. How long until our reactions count for more than their achievements?