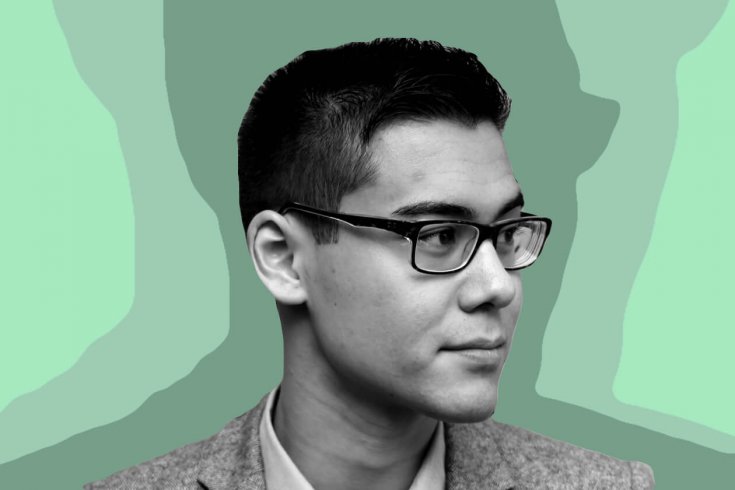 Have I told you the one about the chickens?
Ash handled, flecked with liver spots of rust,
each leans behind its box of kindling
inside different cabins on different lakes. One
belonged to a grandfather who wore ugly sweaters,
sold rivets and rebar up and down the coast.
The other to the other—whose brother
left him a folio of hand-drawn instructions
for folding paper cranes. If a tree falls in a forest.
If a man falls on a basement treadmill
or on an ice rink’s refrigerated plane—
who’s the first to answer the ringing phone?
One listened to the goalie recount how he held
his skate blade against the lips to check for breath.
Another lay inert while his daughter
locked her fingers and hammered along his rib cage
as if trying to find a hinge. Have I told you
the one about the chickens? They were
stupid kids. They were stupid drunk. Once,
after the war, they stole a couple roosters
from a neighbour, and with his brother’s hatchet,
cut their heads off on the beach. Once,
after haying, he and his son stole the rancher’s hens
and hid them in the woodshed. The sand was red.
The shed was white with floating down.
It was dinner. It was a joke. In the drawings,
there is one that, with the proper folds, will flap its wings
when you pinch the centre of its breast. One kept
trying to speak. One only blinked. I pick out
the splinters, having no callouses on my hands.