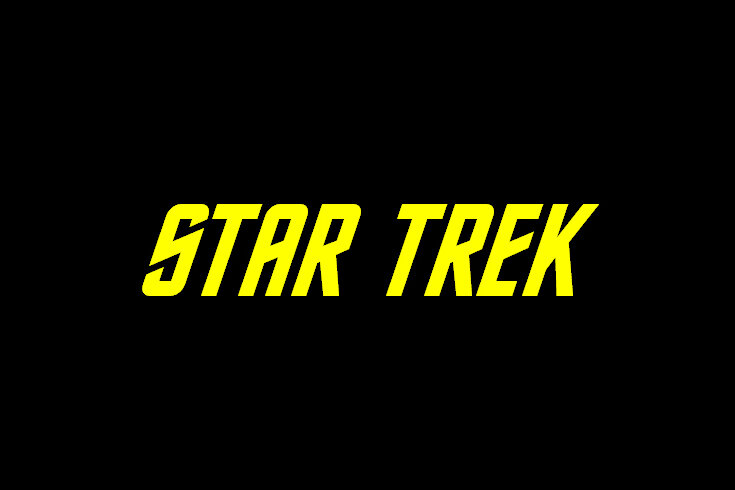 Star Trek turns fifty this year, which is obviously cause for celebration. It gave us a morally enlightened vision of interstellar travel, a glimpse into the technologically innovative future, and a chance to regularly appreciate Brent Spiner. But most would-be grammar purists remember Star Trek for one reason and one reason only:

Space: the final frontier. These are the voyages of the Starship Enterprise. Its five-year mission: to explore strange new worlds, to seek out new life and new civilizations, to boldly go where no man [in later versions, “no one”] has gone before.

“To boldly go”—words that make fuddy-duddies recoil as if they’ve been hit by a phaser beam. “The phrase should be ‘boldly to go!’” they cry. “Or perhaps it could be ‘to go boldly,’ as the former suggestion might create some confusion!” they may also cry.

Everyone knows that it’s simply not acceptable to put a word or phrase between a “to” and the tenseless form of a verb. Even those largely ignorant of language rules will happily declare that split infinitives are a no-no, a clear indication that a writer or speaker does not have a handle on what constitutes proper English.

Split infinitives aren’t wrong, but so many people think they’re wrong that writers are urged to shun them.

So why do so many of us see them as grammar’s version of a mortal sin? Many believe that split infinitives got their unsavoury reputation because some man in the eighteenth or nineteenth century loved Latin and declared that as infinitives cannot be split in Latin, they should absolutely not be split in English either. But it seems poor Latin might not have been to blame after all. Yes, Henry Alford, the Dean of Canterbury, condemned the habit in his 1864 book, The Queen’s English. He appears to have done so, though, not because he was slavishly dedicated to the architecture of a totally different tongue, but because none of his friends were doing it. He claimed that the practice of splitting infinitives was “entirely unknown to English speakers and writers” and that there was “no good reason” for engaging in it.

On both points, he was dead wrong.

The practice was by no means unknown to English speakers and writers—it had been in use since the 1300s, and although it mysteriously died down in the fifteenth and sixteenth centuries, it then just as mysteriously resurfaced in the eighteenth. On the matter of there being “no good reason” to split infinitives: What of a sentence such as “Dixon Hill plans to more than double his fees next year”? Where else could the “more than” go other than between the “to” and the “double”?

Lest you think that my views are the product of hindsight and the steady decay of standards, please consider the following fighting words from Fitzedward Hall, which appeared in an 1882 article in the American Journal of Philology and were recently unearthed by editor Tom Freeman:

In this judgment, Dean Alford distinctly lays claim to complete acquaintance with the scope and contents of a universal negative; and it rarely happens that a pretension of this kind can confront, with safety, any but vulgar and uncritical receptiveness. The certitude of decanal instinct, however confidently professed, is not, forsooth, to the eye of science, so conclusive as a demonstration of Euclid. With tiresome frequency, Dean Alford has betrayed how insufficiently he was qualified, as a student of English, to arbitrate positively on a matter of usage.

Hall was by no means the only one to weigh in on the debate, but he is noteworthy in that he not only provides a contemporary example of dissent, but also offers an enduring example of how to take down a dean.

Still, despite the fact that few, if any, grammar authorities inveigh against them, despite the fact that as august an institution as the Oxford English Dictionary officially gave them its stamp of approval in 1998, many continue to call out and revile split infinitives. For that reason, the New York Times advises writers to steer clear of them if possible: “Split infinitives are accepted by grammarians but irritate many readers. When a graceful alternative exists, avoid the construction.” The Economist takes a similar position: “Happy the man who has never been told that it is wrong to split an infinitive: the ban is pointless. Unfortunately, to see it broken is so annoying to so many people that you should observe it.”

To summarize: split infinitives aren’t wrong, but so many people think they’re wrong—even now, after the publication of scores and scores of pieces just like this one—that we are urged to shun them. I generally try to be conciliatory, but in this case, I am, forsooth, inclined to err on the side of annoying many people. I will not recklessly introduce split infinitives into as many sentences as possible: the intended meaning of the sentence itself is still the best guide to its construction. But I refuse to make a point of removing them whenever they appear—doing so too often involves transforming the existing sentence into a stilted and tortured thing. So at the risk of irritating a great many people, I will continue to thoroughly explore, to unswervingly seek out, and to boldly pursue the possibilities of a deftly—and correctly—split infinitive.