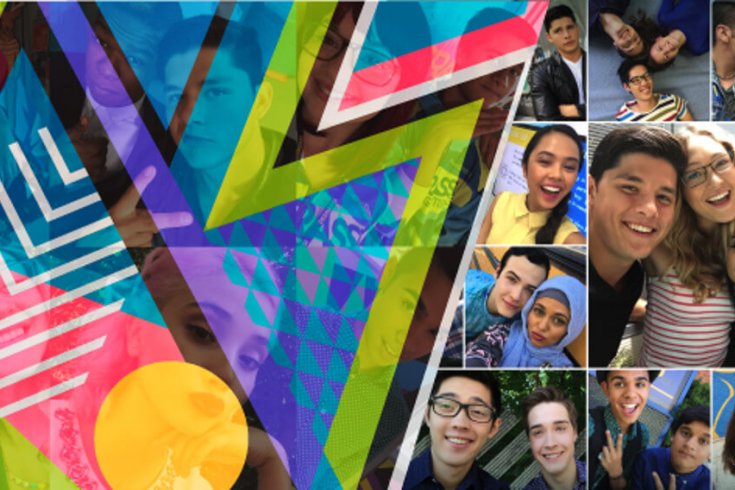 Sunlight is pouring in through drawn curtains, its reflection bouncing off the hardwood floor while Maya Matlin strums her guitar. Set up in front of the sixteen-year-old is a camera, live streaming her performance to her school gymnasium where dozens of teens sit stoically for a feminism club assembly. It’s not okay, she sings, the tune an anthem against catcalling and the sexualization of young women. Classmates bob their heads along to the melody.

But when it’s over, there’s no encore, no cheers. Instead, a swarm of armed police bust into Matlin’s house, automatic weapons pointed at the back of the blonde girl’s head as they push her to the ground. Within moments, the cops call off the attack; someone has pranked the police, suggesting a wounded hostage was in the Matlin home and in danger. The hoax is a phenomenon known as swatting—popularized by a generation of youth online, and sometimes used to harass young feminists like Matlin.

The scene is gripping, one few would expect to see on teen television. Historically, shows for young audiences boast the soft, the mushy, the palatable—“serials that tap into teen emotion,” as the editors of Teen Television: Essays on Programming and Fandom have put it. But Degrassi, the Canadian classic in which the fictional Maya Matlin and her Internet tormenters exist, has instead chosen to embrace the nitty gritty of teen life. Next Class, the show’s ten-episode reboot that premiered on Netflix last month, offers up conversations in lieu of outright lessons or morals: characters speak explicitly about consent (“What do you call forcing someone to have sex? ” “But she’s my girlfriend.” “That doesn’t make it not rape”), Islamophobia (“Your headgear triggers my fear that you’ll snap and blow us all up”), and female masturbation (“How do you do it? ”). It is frank, unapologetic—and relevant. For a show that has been on the air in various iterations for more thirty-five years, its writers are now doing something novel: pioneering what could be the next wave of entertainment programming for youth. Call it TV for Gen Z.

“Our number one goal is to tell authentic teen stories in an authentic way,” says Degrassi writer and executive producer Sarah Glinski. She and her team have been at it for years—Glinski herself has been a writer since 2008—striving to tackle tough teen issues on screen since the show’s initial reboot in 2001 (before that, it was a late ’80s staple). Yet writers’ attempts at creating realistic teen representations have often been futile: if compressed into minute-long nuggets, early Degrassi could have aired not as a teen drama but as local public service announcements.

Even when the show moved away from this PSA-like format, it long fell victim to exhausted tropes—dreamy actors, love triangles, cheaters, forbidden love, dramatic heartbreaks. It’s what TV critics call the Strictly Formula: “All the beats fall in the same place. All the characters do the things they are expected to do. The bad guys get got.” Clichéd narratives trumped progressive storylines. When the show attempted to bring visibility to teen suicide, for instance, writers opened the episode not with the character who takes his life but with a fan-favourite couple making up from a post-episode argument. Even Degrassi’s—and primetime television’s—first transgender main character was plagued by romantic drama, with only throwaway mentions to hormone replacement therapy and self-harm before his inevitable, overwrought death.

By 2013, well into its thirteenth season, Degrassi ratings “Linear TV,” as the New York Times dubs it, “assumes that your time is scarce and it has you for a few precious hours before bed. The streaming services assume they own your free time, whenever it comes to fill with five- to ten-hour entertainments.” For Degrassi viewers, the serial format offers more time to develop characters and their stories, and less time recapping last week’s issue du jour—thanks to hours of viewer devotion.

Even still, issues are seldom resolved neatly and orderly by the end of the series. That’s intentional: Glinski says the show no longer needs to spell out resolutions when teens can Google their questions. For a program that aims to tackle hard-hitting issues faced by a young and vulnerable demographic, Glinski’s response can seem irresponsible. But it is rooted in the belief that an always-connected Gen Z can navigate its way through the dilemmas that crop up around it. For teens with this much autonomy—with access to virtually any information at their fingertips—it only makes sense for writers to treat them like adults.

For years, Degrassi’s tagline has boasted the show’s ability to “go there.” As the show took a nosedive in ratings, fans online began mocking it, a nod to how tragically predictable episodes became in its fifteen consecutive years on air. But with its new format—one that is unabashedly candid, for a generation equally as forthright—Degrassi has finally lived up to its motto. And if the show is any indication of what Gen Z wants, the rest of teen TV will soon go there, too.

Erica is a senior editor at Xtra Magazine.