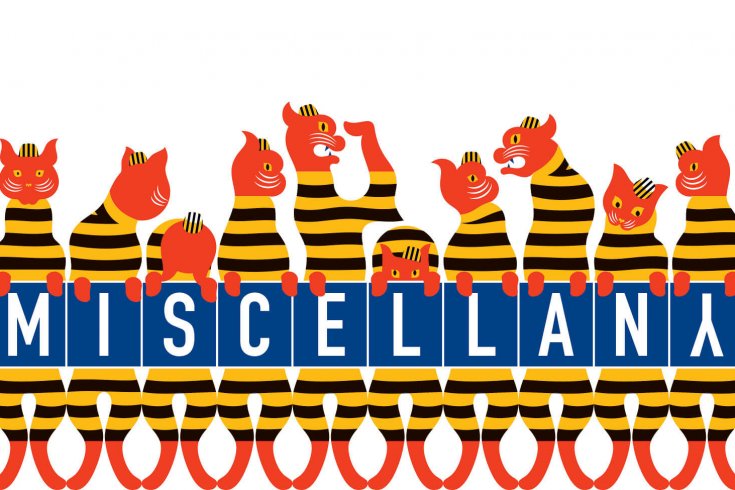 Sunny ways, Canada. By the time you read this, blue will be red, austerity will be dead, and Justin Trudeau will be banging out push-ups at 24 Sussex.

Stephen Harper’s soft war on fun and science is over. And, hey, celebrate: the new government has promised to make pot legal. Marijuana prohibition has been a law of our land since 1923—when it was passed, according to liberal.ca, “without debate or justification.” (A Chrétien-era Senate report cited “moral panic” and “racist sentiment” as historical reasons for marijuana’s demonization. It, too, recommended legalization.) Following through on the Liberal pledge would bring Canada roughly in line with a number of American states: Alaska, Colorado, Oregon, and Washington (plus Washington, DC). Other nations around the world—among them, Colombia, Spain, and the Netherlands—have already decriminalized the possession of limited amounts.

As our new government must know, Canadians are pretty much cool with marijuana. Nearly half of our adult population has at least tried the drug. In the most recent Canadian Tobacco, Alcohol, and Drugs Survey, 11 percent of those fifteen and older admitted to “past-year cannabis use”; a CBC Vote Compass poll conducted in September found that 86 percent of national respondents were in favour of legalization or decriminalization. Should Trudeau’s Liberals press forward as planned, they’ll be able to work within the robust existing system that regulates the safe growing and distribution of pot—courtesy of Harper’s Conservatives, if you can believe it. The drug officially became medicine on the previous government’s watch. Leave it to the bureaucrats to write well-considered, effective Marihuana for Medical Purposes Regulations that could in future be expanded to supply recreational demand.

Meanwhile, Canadian law enforcement is confused about marijuana. Crimes related to the drug frequently clog our courts and our jails. There are scores of Canadians with criminal records because of pot convictions, a reality bought and paid for by staggering amounts of taxpayer money. Two years ago, marijuana possession accounted for more than half of police-reported drug crimes—but almost half of the pot-related offences that police solved were later cleared through “departmental discretion,” which means a warning, caution, or referral to a community-support program was issued.

In other parts of the world, where the drug war is a realer, deadlier thing—hola, Mexico—police, soldiers, and innocents are being gunned down by the dozens. (It’s not just cocaine that’s worth killing for: marijuana now represents roughly a third of Mexican cartels’ business.) Heavily armed traffickers have proven time and again that they will defend their shipping lines at any cost. The UN Office on Drugs and Crime is rumoured to be on the verge of recommending massive global policy changes, desperately seeking to limit the waste of lives and money by decriminalizing the product. And Mexico itself looks to be rushing toward the same.

Meanwhile, tobacco and alcohol taxes in Canada already produce a combined $8.6 billion in revenues; one British Columbia Liberal estimate places the value of legal, regulated marijuana at an additional $4 billion. Remember: more than one in ten of us are already using the drug. Why should the rest of us pay (and pay and pay) for the efforts to punish them, when we might instead kick up our feet and benefit from their relatively harmless personal choices? Why shouldn’t we look south across our border to Colorado, which has seen less violent crime, less property crime, more tax revenues ($88 million American and counting in 2015), and more schools (there’s a 15 percent tax on pot sales earmarked for their construction) since legalizing marijuana and its byproducts more than a year ago?

Because, the counter-argument insists, pot use is a prelude to the addiction, disease, overdose, death, and other calamities associated with harder drugs. Reality, however, is biased against such hyperbole. Marijuana, according to the United States National Institute on Drug Abuse, is no more a gateway to other illicit substances than are alcohol or nicotine.

In truth, the Liberal promise to “legalize, regulate, and restrict access” to marijuana isn’t all that radical. The real risk—and one with the greater potential payoff—would be to liberalize the use of all illicit substances, from safer-than-tobacco marijuana through to potential killers such as cocaine and heroin. Drug liberalization, pursued with great success in Portugal and perhaps coming soon to Ireland, involves scaling back or eliminating the criminal censure of substance abuse. It is among the most pragmatic social theories going—an acknowledgement that police action has not succeeded and never will succeed in staunching the flow of recreational drug use. Rather than accept that news as defeat, liberalization instead transfers responsibility for the problem away from criminal justice and toward public health departments. The priority shifts away from punishment (which rarely undoes dependency) and toward rehabilitation. Patients, not prisoners.

For Portugal, the net effect of fifteen years’ worth of liberalized drug policies has been a widespread reduction in crime, HIV and other infectious disease, and—here comes the shocker—addiction rates. (Go figure. Give people a stronger chance at a better life, and they’ll have less reason to find escape in pipes or needles.) There are, of course, negative costs: Portugal’s welfare system provides a guaranteed minimum income, which gives addicts an excellent opportunity to remain addicts, and drain social resources, for their entire lives. “The main lesson to learn [is that] decriminalizing drugs doesn’t necessarily lead to disaster, and it does free up resources for more effective responses to drug-related problems,” said Alex Stevens, co-author of a prominent British Journal of Criminology study of Portuguese drug policy, published last winter. The fact that no solution is perfect is kind of the point—rather than keep fighting a futile crusade, move on to treating its casualties.

At least that’s how liberalization looks in Europe, where the social safety net is woven so much more tightly than ours. In Canada, the liberalization of all drugs would require building on the foundation established by the Tories’ medical marijuana regulations and then pulling huge strings in most other federal departments. We might begin by treating addicts using more doctors and counsellors and fewer cops and corrections officers. It would be bold. It would be different—dramatically so. But pushed far enough, we just might find ourselves doing the strangest thing of all: the right thing.