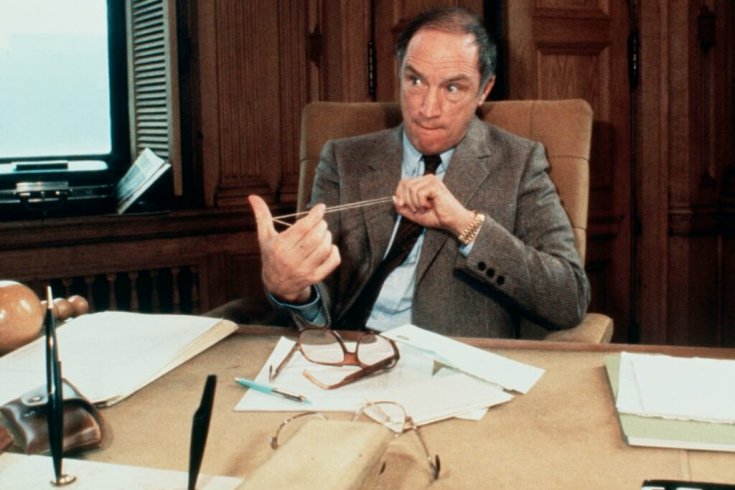 Cannibalize a memory, and it’s never the same. I know this as someone who has pried loose memories from others, sorting and weighing them to give them new life in books. That’s why I guard my memories of Pierre Trudeau. Not so much the ones from my work as his senior economic adviser in the ’80s as those from our few years of friendship. I’d prefer they remain pristine in my mind. But when do these silences we keep give way to a need to tell? When we’re overtaken, perhaps, by a sense of responsibility to leave clues for those on our heels.

I was a teenager when Trudeaumania swept the country. It enticed me from the pulp mill town of Prince George in northern BC to Ottawa, where I landed my first job, in the Finance Department, in 1975. Within a few short years, I was chafing at its old boys’ order and the strictures and subservience of bureaucracy. In a bit of brilliant timing, Joe Clark’s minority government fell, and Trudeau once again led the Liberals to victory in the ensuing election. I crossed to the political side, eventually joining his office.

I had just started working there when my father died suddenly. There was a good stretch of inconsolable days; each morning, I pulled shut the heavy, tall door to my office, several doorways along the cerulean-carpeted hallway of the Langevin Block, opposite Parliament Hill, and I wept. How disorderly is memory, that this one should find company with another from a few years later: Trudeau and I, by now friends outside of work, speaking of the tragedy of personal loss: my father, his own, his marriage.

In August 1972, two months before an election and dur­ing an economic downturn, Pierre Trudeau decided that 24 Sussex Drive needed a swimming pool. His pan­icked aides went to nation­al campaign director Keith Davey for help, but Trudeau wouldn’t budge. “Keith, you have often told me that I’m the meal ticket for this party,” he said, accord­ing to biographer John English. “Well, what would you say if I told you that your meal tick­et considered the swimming pool a biological necessity? ” Davey convinced his own GP to en­dorse the pool’s medical benefits, and the party raised $265,000 toward the construction of an elegant carved rock facility. When the press caught wind of the project (despite the Lib­erals’ best efforts to keep it under wraps) and Canadians learned that it cost four times as much as a pool installed at the White House in 1975, it became a minor controversy. An Asso­ciated Press article reported that Trudeau was sorry that he had “permitted” the project. It continued: “Aides say Trudeau has never ex­pressed much interest in the pool for personal reasons—he prefers to swim at his Harrington Lake cottage.”

Our friendship was indulged with the occasional dinner at 24 Sussex Drive. Or sometimes just an evening swim in the indoor pool there, part of his daily routine. I suppose because I lamented my novice swimming (I could float on my back and do a version of the sidestroke, but none of the strokes of real swimmers), he offered me tips on the basics of the front crawl. I recall well the patience of a teacher.

Over dinner on Trudeau’s last weekend at 24 Sussex, in the summer of 1984, I mentioned that a couple of his staffers, myself included, had received offers from his successor, John Turner. The two men had a known mutual distrust, and any overlap of staff would have been surprising. However, I had no intention of staying on. I didn’t see that anyone who had contended for the leadership could match Trudeau’s example to me, certainly not with the added privilege of friendship. Trudeau convinced me to stay, but only for the transition period. “For the sake of witnessing history,” as he put it.

As it happened, the federal election that fall swept Brian Mulroney’s Conservatives into power. Some months later, in Montreal, I confided my dilemma to Trudeau. My boyfriend Roger, a ctv correspondent, had accepted a two-year posting to Beijing, and he wanted me to come with him. I told Trudeau I worried about dropping out of the Canadian scene. (As he knew, I had a notion of starting a new national magazine; he’d generously picked up the telephone to call friends who could mentor me.) But worse, “How can I follow? ” I asked, as if it were belittling to do so. He replied by telling me that his own trip to China in 1960 had been motivated by outrage at scaremongering in his youth about the so-called yellow peril. “I have a feeling you’ll find your destiny in China,” he said. I understood: I shouldn’t be so short-sighted.

From China, I would send him a postcard now and again, including one from the Tibetan frontier. The country had only recently relaxed a crossing into Nepal that would have been strictly regulated during Trudeau’s visit. He returned yet again during my years there. In the pool at his hotel in Beijing, I showed off my improved front crawl. I reminded him of what he’d once told me, that, as with any skill, swimming could be broken down technically and learned, that only the smallest percentage of execution relied on talent.

Trudeau was right about destiny, too. Roger and I would later marry. A trip to my grandfather’s ancestral village in China led to my first book, The Concubine’s Children, and launched my career as a writer. In 1996, back in Ottawa and at work on another book, I saw Trudeau for what would be the last time. The occasion was to celebrate the Glorious 13th, the fateful day in December 1979 when Liberal strategists summoned enough of their MPs to the House of Commons, including one brought by ambulance from an Ottawa hospital, to pass a motion of non-confidence against Joe Clark’s government.

For this gathering, held at a restaurant at the National Arts Centre, Trudeau insisted on inviting two or three guests of his own choosing, and so I attended for the first time. I had no idea I would be asked to speak to the crowd, some thirty former aides and long-time party activists. I began by telling of my grandfather’s hopeful beginning in this country, then I conjured the image, indelible in my mind, of my former boss challenging high school students, by now middle aged: “You’ll have to decide—is this country too big for you? ” He was talking about separatism, but I also heard what it would take to keep alive the dreams of my grandfather: a boundless imagination about Canada. Others took the podium. Their witty, sarcastic, and at times ribald references to the politicking that had brought Trudeau back for one more term struck a far different tone than I had. It made me feel like the outsider I was.

Trudeau spoke last. He began by saying this ought to be the final such meeting. The mood turned sombre. He asked what was served by sitting around patting oneself on the back over political manoeuvring that had been conducted in secret. There was more. Think, he said, of how men still dominated political life, of how few women were in their midst—all the more reason not to be so proud of that time. Because of his impatience for ill-reasoned arguments, many may imagine Trudeau possessed little humility, but to me this was one of his most affecting qualities. Without humility, we contrive boundaries in our minds, smug about what we know and who we are, turning our world into “us” and “them.”

Today, when humanity’s chances for survival depend on putting our efforts to common purpose, we could use a little more humility. I’ll willingly pay the price of spilling memory to resurrect Trudeau’s lessons. I remain a student of his, still learning, still trying to push through barriers. In the pool, too. Sometimes when I’m swimming lengths, I think, If only he could see my front crawl now. Mind you, I still can’t breathe on both sides. Then again, as I remember, neither could he.