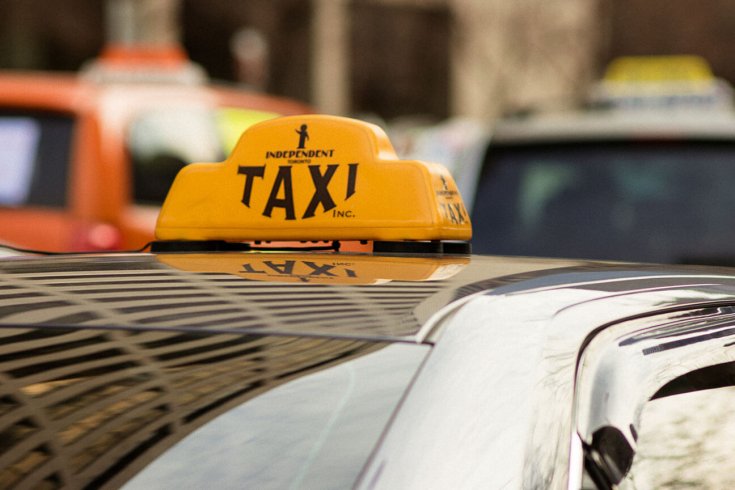 Imagine you’re an established white-collar professional working out of a small office. Above your desk is a government-issued piece of paper that says you know how to do your job. Work is steady because (a) everyone needs your services, (b) your industry operates within a state-protected monopoly, and (c) the supply of qualified professionals in your field is limited by the available quantity of business licences (one of which you own, having purchased it many years ago at great expense).

Now imagine that a competitor opens a business across the hall, offering the identical service. He’s got no accreditation whatsoever. But he claims he doesn’t need any, because he’s using a new kind of information technology to get his customers. Instead of these customers phoning him to make an appointment, they use an app. Totally different thing.

You call the government to complain, and they dispense an investigator. But she’s powerless to sanction the unlicensed competitor, because judges are uncertain how to deal with this new phenomenon. And politicians are afraid that if they enforce the rules, constituents will complain. Moreover, it turns out that a lot of customers resented the old monopoly. They want more choices, and they love all the high-tech features that come with the new app. So public officials shrug and wait for the process to play out.

Things get lean for your business. And you begin thinking about closing shop. But you can’t retire—because most of your savings were wrapped up in your business licence, which is now worthless.

The final straw comes when the upstart strolls into your waiting room and shouts, “Hey, who wants to come across the hall and pay a whole lot less for the same service? Plus, I have a cool app!” You watch as half your customers march out the door. “Sorry pal,” the upstart competitor says as he leaves. “That’s capitalism.” As your livelihood leaves the room, you notice that the few people left in your waiting room are those whose business is the least profitable.

How would you feel? Like you’ve been beaten fair and square by a superior competitor armed with a breakthrough technology? Or—more likely—would you feel like the victim of theft? You played by the rules, invested your time and money in developing an established business, and then you watched everything collapse because the government did nothing to enforce the terms of the legal rules governing your industry.

Your business was how you put food on the table for your children. In fact, the prospect of entering this profession was the reason you came to this country. And so you’re angry—enough to join with other licenced professionals in street protests, where some other people do and say bad things.

I am speaking of Uber’s disruption of the legacy taxi monopoly, of course. These days, in many cities, the only safe market for cab drivers comprises the older, frailer customers who don’t have smartphones—or who require the special disability-accessible vehicles offered by taxi drivers. The more profitable trade—commuters going to work at rush hour, or young people careening back and forth across downtown on weekends—is all heading to Uber. On Wednesday, taxi drivers in Toronto responded with a massive protest that clogged parts of downtown and produced a bumper crop of ugly confrontations uploaded to social media.

But there’s a double-standard at play here: If upper-class Canadians thought their livelihoods as, say, lawyers or doctors were being undermined by completely uncredentialed competitors, they’d cry bloody murder. (In both cases, in fact, insiders already have guilds whose only function is to restrict entry to the professions.) Needless to say, it takes a lot more training to become a doctor or lawyer than a taxi driver. But in all cases, there is a massive upfront investment, whether in education or money. Just a few years ago, Toronto cab drivers were paying $340,000 for a licence. In 2015, the figure dropped to about a third that much.

I don’t usually get accused of being a shrieking social-justice warrior, but there is implicit discrimination here. One of the reasons why no one seems to care much about the plight of cab drivers is that most of them are working class people without much connection to the media (unless they block downtown streets). And most of them (at least here in Toronto, by my observation) are visible minorities from South Asia and other parts of the developing world. If a group of visible minority students at an elite university allege systemic discrimination, we put that on the front page. But here we have a whole swathe of hard-working, non-white working people (most taxi drivers I’ve interviewed for my research in this area drive fifty to seventy-hour weeks) who are being thrown out of their livelihood without so much as a meep of protest from the chattering classes.

Actually, it’s worse than that: The chattering classes are applauding. Because most wealthy people think that Uber is bright and shiny. And why wouldn’t they? The app gives customers one more option to get to the airport or theatre. How many of the people who write pro-Uber newspaper columns or who appear on television panels actually knows someone who works in the taxi industry?

There is a real debate to be had about whether Uber—and the “sharing economy,” more generally—is a force for good in society. While taxi drivers are being disenfranchised, it is also true that thousands of other folks are earning much-needed second incomes by moonlighting as fake taxi drivers. I get that.

But there is a larger point of principle here, one that eclipses cost-benefit analysis: Since the nineteenth century, the Canadian taxi industry was governed by an explicitly legislated social contract: The drivers get us from A to B through good weather and bad, through long hours, for crappy wages—and in return, we provide them with an industry monopoly. In Toronto, and other cities whose mayors and councillors have sleptwalk through the rise of Uber, we’ve unilaterally renounced that social contract.

We can either honour that agreement by banning Uber, or we can cash cabbies out of the industry with a lump-sum payment to make them whole. But doing nothing while Uber corners the market isn’t an ethical option.