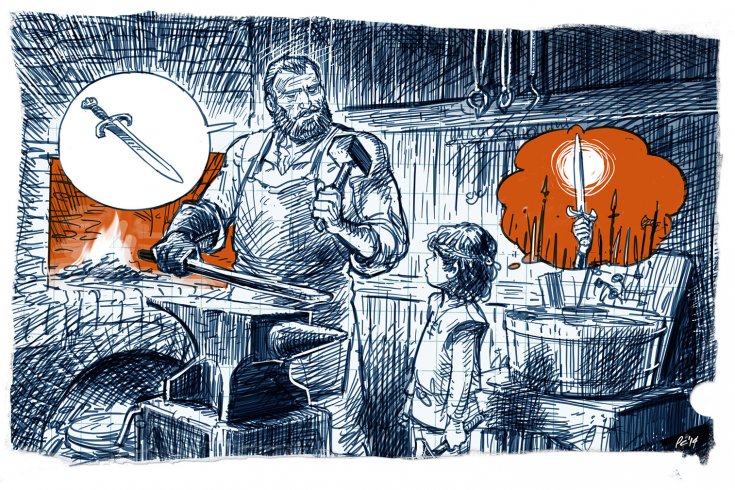 These are troubled times for North American journalism. The organizations that fund most of it—newspapers, magazines, and radio and television networks—are distressed. The business model that made them so profitable is failing as digital technologies lure away advertisers, littering the landscape with walking wounded. Of all the so-called legacy media, newspapers have been especially vulnerable. The Globe and Mail has more readers today than at any time in its history, but too many of them access its content online, where, like many other newspapers, it struggles to make money. Not that digital advertising isn’t growing; it’s just that it isn’t growing fast enough to compensate for the declines in print, which some estimates put at 50 percent since 2008.

No one knows how this story will end, but my guess is that we are entering an era in which the consumers of journalism will be asked to pay more for it. This may be the silver lining in the cloud that hangs over our hollowed-out newsrooms, because it means that in the years to come the people in charge will have to focus more attention on the needs of listeners, viewers, and readers. Persuading consumers to pay for something that they’ve been getting for free—or, in the case of newspapers, virtually free—will be a challenge, but it’s hardly revolutionary. People have always been willing to pay for what they decide they have to have, providing it’s reasonably priced. They already pay for films. They pay for books. They may not like it, but they even pay for cable television.

The question is, who will produce this value-added journalism? And that raises an issue rarely discussed in these dark hours. If the world is more complex and fast changing than it used to be, isn’t it reasonable to ask whether journalism has kept pace? The computer has replaced the typewriter, and what once required telegraph and telephone lines can now take place wirelessly. But what of journalists themselves? When I began my career, we were mostly generalists, some with no post-secondary education and almost none with graduate degrees. Many were talented, hard working, and dedicated to public service, and at the time that seemed to be enough. Today? While more journalists have specialized undergraduate degrees, and more still have studied journalism at some level, the expertise to make sense of twenty-first-century realities—from the state of the environment to the future of health care—remains in short supply. Yes, there are independent bloggers and Twitter users, but without the resources of the mainstream media even the best citizen journalist is somewhat hamstrung.

A number of years ago, a former colleague was teaching at a Canadian J-school. He knew how I felt about undergraduate journalism programs: that they produce people who know how to write or to talk into a camera but little else. No philosophy, no history, no science, no business. Yet the problem, he said, is more fundamental: namely, that the best and brightest of our young people are not pursuing journalism careers. Instead, they choose medicine or law, computer science or engineering, the academy itself or business. There are exceptions, of course, but not nearly enough. And if quality journalism is to survive in a user-pay world, this deficiency will need to be addressed. The newsrooms of the future will require smarter, better-educated journalists than those in which I learned to walk.

To attract such people, the media will have to be proactive. In times past, the industry rationalized huge investments in printing presses, broadcast satellites, and the like. I can foresee a day, if it’s not already here, when it will make as much sense to invest that money in human resources. I’m not speaking only of remuneration, although it’s a consideration. Journalism would be a more attractive career option if, in addition to paying higher salaries, the media made a greater commitment to professional development (such a commitment is virtually non-existent today). I can imagine a future in which enlightened publishers and broadcast executives pay for the post-secondary educations of promising recruits. And, for that matter, for their ongoing education as well.

While digital technologies have changed the game, winning it will depend more than ever on the knowledge and intelligence of the people who create the content. In the end, the rest is simply plumbing.

John Macfarlane is the editor and co-publisher of The Walrus.
Pascal Colpron