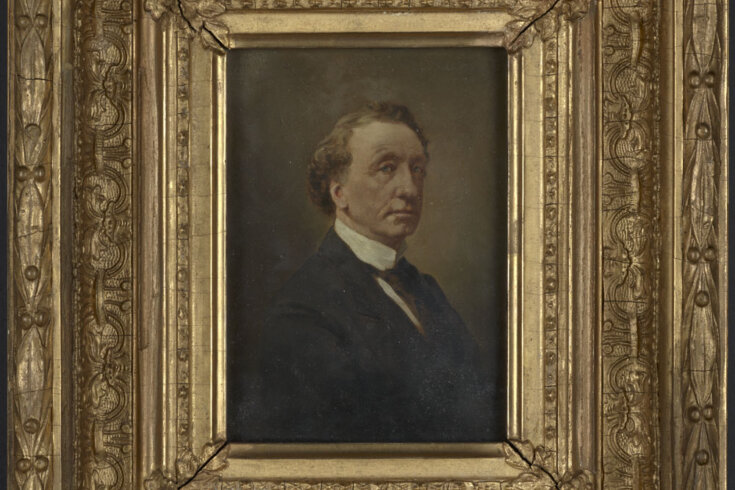 There can hardly be a father of any other country in the world with so little to show for it as Sir John A. Macdonald. George Washington is remembered with an enormous phallus looming over a capital city that bears his name. Mustafa Kemal Atatürk has a bridge, a major international airport, a dam, and an Olympic-sized stadium in Istanbul. There’s an asteroid named after the founder of the Netherlands. But Macdonald has nothing iconic to honour him. There’s a rather meagre airport in Ottawa and a freeway in southern Ontario—both of which he has to share with Sir George-Étienne Cartier. There’s also a town in Manitoba (population 6,280). Sir John A. Macdonald Day is January 11, in case you’ve forgotten, but it’s not the kind of holiday where you get time off (what can you do on January 11 in Canada, anyway?). The city of Macdonald’s birth, Glasgow, Scotland, plans to build a memorial in his honour, but the fact that it has taken 200 years to get started shows just how unimpressed Scots are that one of their own established the second-largest country in the world. As the bicentennial of his birth approaches, Canadians and British alike treat him, for the most part, with indifference—a terrible error. Far from deserving indifference, John A. Macdonald deserves considered and active contempt.

Let us not bother, in his case, with the pettiness of historical revisionism—the undercutting and the belittling that so often bedevil accounts of the past when new visions of virtue happen to overtake the facts. The judgment of Richard Gwyn, in his definitive biography of the man, is no doubt correct: “Among all the ablest nineteenth-century democratic leaders, including Lincoln, Disraeli and Gladstone, he was one of the most skilled and most experienced, and probably the most wily. He was also exceptionally determined, whether in pursuit of his country’s interests or of his own.” Confederation would have taken a great deal longer without him; British Columbia might well belong to the United States right now. Like all idols, the man had clay feet. He was a drunk. Who cares? Without him, the country that we have would not exist.

And therein lies the reason why his memory calls for a more profound re-examination. John A. Macdonald was the corrupt, inebriated, racist father of Canada. The corruption, the inebriation, and the racism weren’t the problem: His failures were typical. His triumphs are what we need to worry about. He gave us Confederation, which we celebrate as the origin of our country—though we remained a British dominion with little say in our foreign affairs until 1931. He taught us that the Empire should act like “one great nation,” and declared, “A British subject I was born, and a British subject I hope to die. With my utmost effort, with my latest breath, will I oppose the ‘veiled treason’ which attempts by sordid means and mercenary proffers to lure our people from their allegiance.” So tormented and so shallow was the vision contained in the British North America Act of 1867—his proudest accomplishment—that the ghosts of its omissions continue to haunt us. It’s not just the spectre of Quebec separatism. To this day, if you mention the Constitution at a cocktail party, whomever you’re talking to will simply walk away. Our national vision is so compromised, so utterly lacking in any idea other than “why don’t we all get along,” that the mess our first prime minister left behind has spiralled into a series of crises that may never be resolved.

Macdonald’s other great achievement was the Canadian Pacific Railway. Again, this supposed glory has left unhealed scars on the country that was its beneficiary. The final push came from the crisis of the Northwest Rebellion in 1885. The blood of Canada’s fundamental symbolic crime stains him: he hanged Louis Riel, or at least he refused to reprieve him in his madness—which is possibly even worse and more symbolic. The violation of Treaty Number Six, which promised food and aid to First Nations in times of hardship, was more directly genocidal. When the bison herds collapsed and famine came, Macdonald bragged of efficiencies: “We are doing all we can, by refusing food until the Indians are on the verge of starvation, to reduce the expense.” The Canada of “Peace, Order, and good Government” did not allow for the massacre of Aboriginal peoples, but it did allow for their starvation: it was a quiet, unostentatious ethnic cleansing. Famine cleared the way for the railroad. It also prepared the way for the government nutritionists in the 1940s and 1950s who instead of feeding hungry communities used them to study the effects of malnutrition.

Macdonald’s other crime in the West was of a more ordinary, more classic, more lasting variety. After the vast corruption of the railway contracts, he popped into British Columbia at the last moment to bang in the final spike at Cliffside Station—the eastern elite sweeping in to take the resources and claim the credit for western effort. It would not be the last time.

Then there is his hatred of immigrants. You’re not always to blame for your admirers, but Canadian Nazis have been known to throw John A. Macdonald parties when they don’t feel like calling their gatherings Nazi parties. Macdonald was a white supremacist. That’s really the only name for it. Our first prime minister denied Chinese immigrants the vote because, in his words, “he is a stranger, a sojourner in a strange land…he has no common interest with us…he has no British instincts or British feelings or aspirations, and therefore ought not to have a vote.” Granted, his wasn’t a particularly rare point of view in the late nineteenth century; on the other hand, it was not an inevitable position.

Macdonald believed, above all, in subservience to the British Empire. As his campaign promised in 1891, “The old flag, the old policy, the old leader.” Because of him, we are our own country, but not our own country. Our symbols, even our head of state, belong to another nation and probably always will. A colonial mentality penetrates Canadian culture; successive waves of nationalism have failed to budge it.

Under the shadow of Sir John A. Macdonald’s glorious accomplishments, we remain connected to a defunct empire; we possess no national vision that connects French-speaking and English-speaking populations; and we have not dealt, nor are we dealing, with the underlying crime of taking land by force from the people whose rebellions against English dominion we crushed while he was prime minister. The memory of Macdonald is the nightmare of history; it is the memory we should forget but cannot.