Don’t Blame the Defence | The Walrus
Skip to content 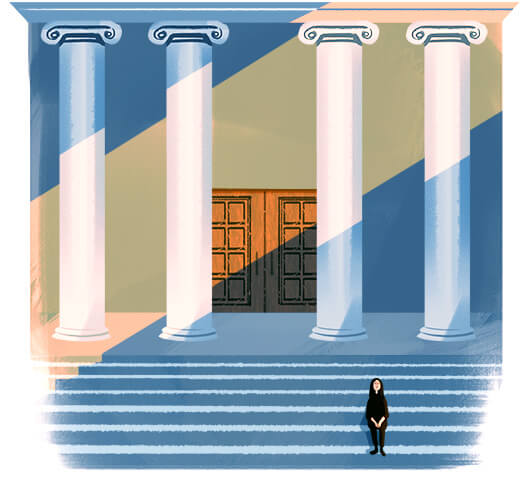 As a veteran criminal defence lawyer, I have been involved in dozens of sexual assault prosecutions. In some cases, I represented men accused of rape. In others, I represented the accusers. I have witnessed, up close, how difficult it can be for people to testify publicly about profoundly intimate events.

In recent months, a lot of ink has been spilled over the question of how sexual assault complainants are treated in the courtroom. Many have suggested that the trauma of testifying explains why such assaults are under-reported and why conviction rates are low (although it should be noted that the conviction rate in sexual assault cases is comparable to the aggregate rate for all violent crimes).

Twitter hashtags do nothing to protect sexual-assault complainants from the difficult questioning they inevitably will face at trial.

Defence lawyers have come in for especially intense criticism. It is said that we resort to stereotypes and “rape myths” in an attempt to discredit complainants and that we intentionally abuse or intimidate alleged victims during cross-examination. But my own experience as a criminal lawyer suggests these arguments are baseless. Canadian judges do not permit the improper treatment of witnesses in criminal trials. And in sexual assault prosecutions, there are special rules that limit the kinds of questions lawyers can ask—particularly in regard to an alleged victim’s sexual history.

This habit of blaming defence counsel is worrisome, because it undermines the very foundations of our criminal justice system: the presumption of innocence and the requirement that guilt be proven beyond a reasonable doubt. No accused can have a fair trial unless his lawyer is free to challenge the Crown’s case through vigorous cross-examination.

Moreover, by the time a complainant has any interaction with defence counsel, she has interacted already with a number of other players in the system, most notably the police and the Crown. If fear of the trial process is one of the factors keeping women from reporting sexual violence, we need to change the initial stages of the procedure by which complaints are investigated and complainants are readied to testify—not the rules that govern the courtroom finale.

The #WeBelieveSurvivors Twitter hashtag has attracted much media attention, but ultimately it has no place in the criminal justice system. Unconditional acceptance of a complainant’s story is antithetical to our commitment to fair trials and the presumption of innocence. Moreover, such messaging does nothing to protect complainants from the difficult questioning they inevitably will face at trial. Judges and juries will not automatically “believe” survivors. Nor should they.

Police should conduct investigations with the trial process in mind. By this, I don’t mean they should be collecting evidence only with a view to securing a conviction—a mindset that has led to many wrongful convictions in the past. Rather, officers should work on the assumption that both the credibility and reliability of the complainant will be scrutinized carefully in the courtroom. And so if the complainant is going to testify, she benefits from having disclosed everything to police during the investigation phase. She should be asked about issues that the police know might be relevant at trial—including whether she had contact with the accused after the alleged assault (in person or electronically), commented about the incident or the accused on social media, or lied about the incident to anyone.

The police should collect relevant communications between the complainant and the accused, and the complainant should be questioned about any apparent inconsistencies or aspects of the story that seem implausible. Police should follow up on leads that might confirm or contradict her statement—and ask about information they uncover that seems inconsistent with her original account.

You might think this all sounds obvious, and it is. But in my experience, most investigations in sexual assault cases involve nothing more than a single police interview with the complainant, in which she is expected to provide a complete and accurate account of everything that happened.

A more thorough investigation would prevent difficult or uncomfortable questions from arising for the first time during cross-examination. There may be easy explanations for apparent inconsistencies or unusual facts. There may be compelling reasons why a woman lied to someone about what happened. But as we saw time and again during Jian Ghomeshi’s trial in March, explanations offered for the first time at trial tend to be unconvincing.

Complainants should also be properly prepared by the Crown to testify at trial, which, for most people, is a completely alien way of communicating. We do not ordinarily describe important events through a formal series of questions and answers. Precision and attention to detail are not important when recounting traumatic events to our family and friends. But in a courtroom setting, they are critical.

There is a real skill to being an effective witness. And I have been involved in far too many trials at which the complainant appeared completely unprepared to testify.

It goes without saying that complainants should not be coached or told what to say. They must tell the truth. But police and the Crown should explain to them how their testimony might be challenged on cross-examination. When these state actors fail in that duty, blame them, not the bedrock principles of our legal system.

Breese Davies (@breesedavieslaw) is a criminal lawyer based in Toronto.
Irma Kniivila