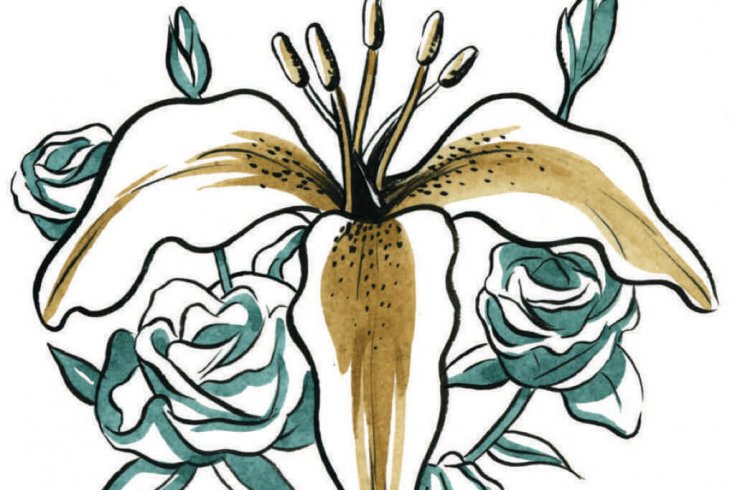 The Korean chatelaine who claims she never boffed
her former dogwalker (and blots her creamy affidavit
swearing theirs a chaste relationship)
is perjuring: if she didn’t, she should have,
as he’s robust, with coastal ponytail.
Lapping the park arm in arm, as his pals attest they did,
(hers that she never), a seething preceded them:
a furor spilling over hillocks, yelping surge
afroth with rolling eye and tooth. Sextuplet
collared maniac rushing modesty’s hiding place.
It is unreasonable to doubt his beauty hounded her.
Signing, she drums nails appliquéd with sapphire,
a gift from her red-headed lesbian lover (she says,
but fails to produce her). Nails she raked (alleged)
across his back in a heap of harlot leaves.
Blindfolded by his bandana, a sword between them.
Money changed hands. Now she’s naked
in his briefs. Held fast by the long arm
that longs to leash the beast with six backs,
like a god he pictured, yogically,
while jogging. Toward a door marked “Barristers.”
Brains after all, she thinks, wondering
if she was wrong when she dismissed him.