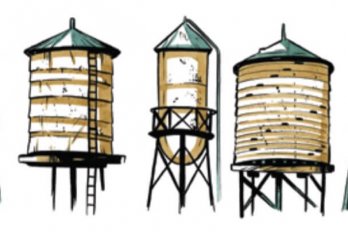 In an essay in this magazine last September, J.B. MacKinnon argued that one of the obstacles we face in measuring environmental degradation is short-sightedness. We observe changes in the world around us through the lens of our own life experience—in years rather than millennia—and may thus miss the real dimensions of, say, the decline of freshwater fish stocks. As I was reminded on a recent trip to the Middle East, our understanding of human affairs is similarly compromised. Two thousand and eleven years have passed since the birth of Christ (eighty generations, more or less), and the Egyptians had developed a written language 2,500 years before that. Living in the present and preoccupied with its imperatives, we are inclined to forget that mankind has been struggling with the same problems—poverty, disease, ignorance, corruption, and tyranny—for eons, and that our time on earth is only a single page in a very large book. Measuring human progress (or the lack thereof) requires knowledge of the book as a whole, not just the part we witness with our own eyes.

Most of us know little of the Nabateans, an ancient tribe that inhabited the city of Petra in what is now Jordan around the time Christianity was taking hold. On the other side of the Red Sea, Egypt was passing from the Greeks to the Romans, whose legions established an empire stretching from northern Europe to Ethiopia. No match for the Romans on the field of battle, the Nabateans engaged them instead in the marketplace. Petra was a natural fortress, surrounded on three sides by sandstone mountains, and accessible only through a long, narrow gorge. It was also a commercial crossroads, linking Greece and Rome with Africa, the Far East, India, and China by camel train. Buying and selling spices, incense, gold, exotic animals, iron, copper, sugar, medicine, ivory, perfume, and textiles made the Nabateans wealthy, and 2,000 years later tourists like me still wonder at the grand Greco-style tombs they carved into Petra’s rose-coloured cliffs.

Ultimately, the Romans prevailed, seizing control of the Nabatean trade routes, but by that time the tribe had prospered for four hundred years—a pretty good run. As I admired the ruins of their civilization, my thoughts turned to Canada, not yet 150 years old and still finding its way in a world dominated, not only by the United States (the world’s present-day Romans), but by the emerging economic behemoths of India and China, as well. It could be said of us that, like the Nabateans, we were simply at the right place at the right time, a nation of immigrants who claimed a piece of the New World that was rich in resources—forest products, minerals, grains, coal, and oil—at a time when the appetite for these commodities was unprecedented. The Nabateans built their prosperity on the backs of camels; we found ours on and under the ground. They were traders; we have been, for the most part, harvesters and extractors—and are likely to remain so because of a resource we take for granted.

The Nabateans were skilled engineers who built dams, canals, and reservoirs to irrigate their land, but today the storied Jordan River is drying up, exacerbating tensions in the region. Population growth, increased per capita consumption, and climate change have conspired to create shortages of fresh water, not just in the Middle East, but throughout the world. The World Bank has reported that eighty countries now face water deficits that threaten their health and economies. In a new book, Hot: Living Through the Next Fifty Years on Earth, Mark Hertsgaard predicts that in twenty years three billion people will live in water stressed countries. Canada will not be among them. On the contrary, with 0.5 percent of the world’s population, we have approximately 9 percent of its renewable fresh water (that is, water replenished by precipitation on a short-term basis). Standing on the banks of the Jordan, it is possible to imagine a future in which water is the new oil, and Canada—to stretch the metaphor—the new Saudi Arabia. The Nabateans would have known how to make the most of such an advantage. The question is, will we?

John Macfarlane is the editor and co-publisher of The Walrus.
Joel Kimmel 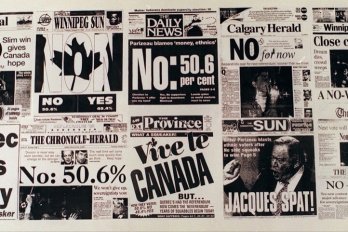