Do You Have a Musical Guilty Pleasure? Claim It | The Walrus
Skip to content 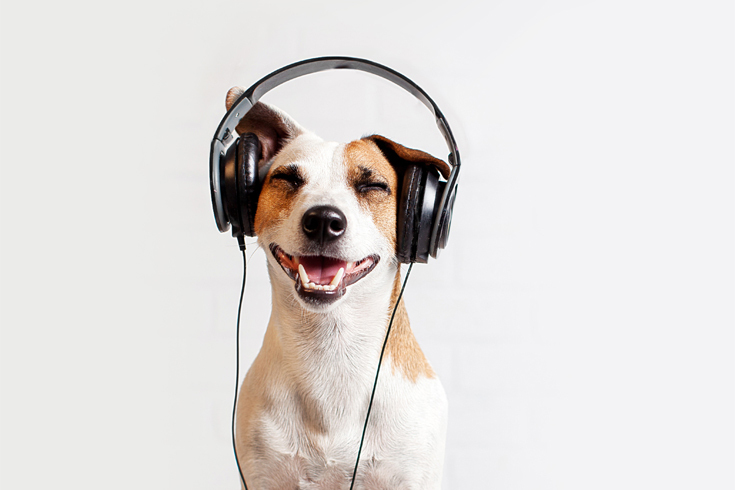 I don’t remember my mother ever singing me a lullaby. She had many voices, just not one for lullabies. She had a squawking Jewish mother voice for storytelling, an icy almost-British accent for when she was having fights, an exaggerated Miss Piggy yell to get our attention in the basement (this was the voice she was best known for among my friends)—but she didn’t have a soothing voice in her repertoire. She was never natural, always performing. So no lullabies for me.

And, anyway, a lullaby isn’t a performance. It’s basically folk music: it serves a social purpose. The lullaby already existed before the conscious pretense of artistic musical expression. Maybe I’m romanticizing, but folk music (communal storytelling through music) always seemed less selfish compared to pop music (Lionel Richie dancing upside down). At least, my pop music felt selfish: I started making music to get attention, to live out a fantasy. I made sure that my virtuosity was proof of my talent, and the worst insult I could have imagined was someone telling me it reminded them of a lullaby. My motivation was so ego driven, how was my music supposed to bind people together? I always envied musicians who made music for a social purpose: gospel musicians for God, DJs for dancing, folk musicians for community, and lullabies for soothing children.

Contra pop music, a lullaby has no backing band or beat. Usually, zero accompaniment. It has to work by itself, a cappella. You can’t rely on a strange, unexpected harmonic twist to provide drama in the musical storytelling, like the “Nothing really matters” chord in the opening of Queen’s “Bohemian Rhapsody.” You can’t count on a sonic surprise, like the awkward stutter of muted guitar strings before the chorus of Radiohead’s “Creep.” No saxophone solos, no filter sweep, no autotune. A lullaby, in fact, is pure melody, the voice itself.

I’ve always been old-fashioned when it comes to respecting melody. Melody is the surface of a song, the facade of the building. So, when someone asks you if you’ve heard a new song, they’ll just sing the melody. Harmony—the chords that support the melody—is the invisible foundation of the building. These chords have the unglamorous power to maximize emotions in a song, but chords aren’t enough to be a song by themselves, and you definitely can’t hum a chord. Imagine “With or Without You” if Bono never started singing.

Harmony is melody’s bitch, with no life of its own. Hearing a melody a cappella, divorced from its harmony and expelled from its sound-world, is a kind of test. Does it still sound like music when it’s sung, just like that, by a civilian (an amateur)? The ultimate test: How does it sound when sung by your mother?

If it passes this test, the melody indeed becomes the whole song—music’s synecdoche. All lullabies have passed this test; they’ve survived for centuries. They’re still here after capitalism, sleeping pills, and the invention of recording, never outgrowing their original purpose.

That’s probably why we don’t listen to recordings of lullabies. They don’t exist as recordings the way pop songs do. A pop song is a specific moment in time captured by a specific artist; it belongs to that artist, and we acknowledge their ownership. It will always sound the same. Hearing it live, or hearing a cover version of it, will always refer us back to the original.

A pop song is alive only at the moment when it is born—from then on, it is frozen like a caveman in ice. It’s nearly impossible to get people to hear a cover of an iconic pop song with fresh ears, as if for the first time. I know; I’ve tried.

When I first switched to piano-only concerts, in 2004, one of my best/worst ideas was to rearrange eighties pop songs using jazz and classical gestures. One of the songs I devised was a faux-Baroque arrangement of Enya’s “Orinoco Flow”—the “sail away” song. (Enya? Yes, Enya. I once happened upon a listicle of musicians asked to share their guilty pleasures. A lot of predictable answers: bubble-gum pop, R&B, the usual suspects. But Dev Hynes of Blood Orange hit me straight in the gut with his answer: “Cyndi Lauper is a big, big idol of mine. She isn’t a guilty pleasure, she is just as credible as the rest.” Replace Cyndi with Enya, and I could’ve said it myself.)

My cover of “Orinoco Flow,” however, didn’t really have a chance to be heard objectively. It could only remind people of the original version, still living rent-free in everyone’s collective, nostalgic mind.

Folk music doesn’t have this baggage: there’s no original recording of a lullaby. It’s not even something we can evaluate on the basis of musical taste. It either works at its function or it fails. The baby sleeps or it doesn’t (as, in comedy, the crowd laughs or it doesn’t). We don’t know or care who composed it. It matters only who is singing it.

So what kind of voice works when it comes to the lullaby? A soothing voice, a reassuring voice, something that takes away pain and doubt, something that makes the listener feel safe, something gentle and patient—a voice you can trust as natural. An unnatural voice may fool some people, but authenticity is something we just know when we hear it.

Some years ago, a friend wanted to introduce me to something new he had discovered. He couldn’t believe I hadn’t heard it yet: everyone was talking about it. I was going to love it so much, he said. He pressed play.

Guitar music, not my cup of tea. But it had enough harmonic flair, the feel of the drums was a relatively disciplined combination of modern sounds with just enough surprising moments to give it humanity, there were sonic references I recognized and some I even appreciated—and then the singer came in. This singer thought he could fool me by hiding inside this respectable backing track. But his insecurity was audible to me: he was faking it. He had figured out a way to imitate the sound of “letting go” without letting go. An unmusical person’s idea of unrestrained artistry. Barf.

Music is too important a place for me: it can’t be tainted by a voice that pretends. Imagine a lullaby sung by this kind of pretender. A singer’s voice has to be believable even though singing itself is performative.

There’s a contradiction here. Of course, we understand that a singer goes to a studio, steps into a vocal booth, sings their part hundreds of times, receives input from producers, chooses the best moments, and massages them into a Frankenstein’s monster called a “comp” (compilation? composition?). But, if it works, this monster appears to us as a cohesive performance. Sure, we like to imagine it was a single transcendent moment of emotional truth. As with our favourite actors, we demand naturalism despite knowing that we are watching something staged, something that probably took weeks to shoot with dozens of crew members standing around, just beyond the frame of the camera.

A lullaby doesn’t need to be Frankensteined into existence. As a child, I didn’t realize any of this. I just accepted that my bedtime was lullaby-less. And, somewhere buried inside me, there was a longing for a soothing voice. And that voice belonged to Enya.

Her name provokes strong reactions: the raised eyebrows of disbelief, the nervous open-mouthed laughter, the strange grudging hiss of someone who needs to release some unwanted tension. Pressing play on her second album, however, I remember hearing “Watermark” (a spare piano instrumental), followed by “Cursum Perficio” (multiple backing Enyas chanting in Latin), and finally “On Your Shore,” in which her voice takes centre stage. This slow-motion rollout of the singer told me I was dealing with a visionary composer who also happened to have a voice for the ages.

I assume anyone reading this has heard Enya’s voice, so I won’t spend too much time trying to describe it. I’m not a record reviewer (thank God), but the cliché that springs to mind is the voice of an angel. And I think I know what the voice of an angel would probably sound like: ethereal and pure.

When I say ethereal, I mean the quality of airiness. Any time a voice sings a note, there is a combination of tone (the note itself) and air. This air is like a subtle bed of white noise. It’s like a breath-cloud, a feeling of context, of place, a visual fog around the pure voice tone. There can be more or less air: when a singer sings quietly, it’s easier to add breath than it is when they sing loudly. (Rapper DMX doesn’t really do ethereal.) And, when I say pure, I mean the quality of being natural and unforced.

Enya rarely uses the crutch of vibrato—quite literally the vibrating of a note to add emotion. Vibrato isn’t the enemy: it definitely makes me cry once in a while. Nina Simone’s voice is almost permanently vibrating with fragility as it carries her vulnerability. The violin or the flute can’t really do its expressive job without it. Vibrato is waves, warmth, depth, life!

But opera singers in the eighteenth and nineteenth centuries ruined it. Their constant, loud vibrato could almost be mistaken for an ambulance siren. There was a good reason for that back then: no microphones and big theatres. They whipped out those vibrating voices to make sure the cheap seats could hear them. But we have had microphones for a century now. My friend Mocky calls Frank Sinatra the first techno artist because he used the microphone to place his voice right against the ear of the listener, whispering sweet nothings in a kind of proto-ASMR.

Now, thankfully, big fat vibrato is an anachronism. When I was a kid, I would do this stupid imitation of Pavarotti, replacing the Italian words with made-up nonsense, and it would end with me basically screaming with mucho vibrato, my arms outstretched—a parody of exaggerated emotion.

But, to sing with no vibrato at all, to let the music itself do the emotional work, is the purist’s choice. Think of French chanteuse Françoise Hardy at her best, or Astrud Gilberto, or my good friend Leslie Feist—voices of angels with no need to exaggerate. Enya would never do that. I know that when I listen to her. I imagine myself a baby being lulled to sleep by an Irish fairy princess. She is ethereal, pure, but more than that, she is our good mother, and she wants us to know that everything will be okay.

Adapted from Enya: A Treatise on Unguilty Pleasures by Chilly Gonzales. ©2020. Reprinted by permission of Invisible Publishing.