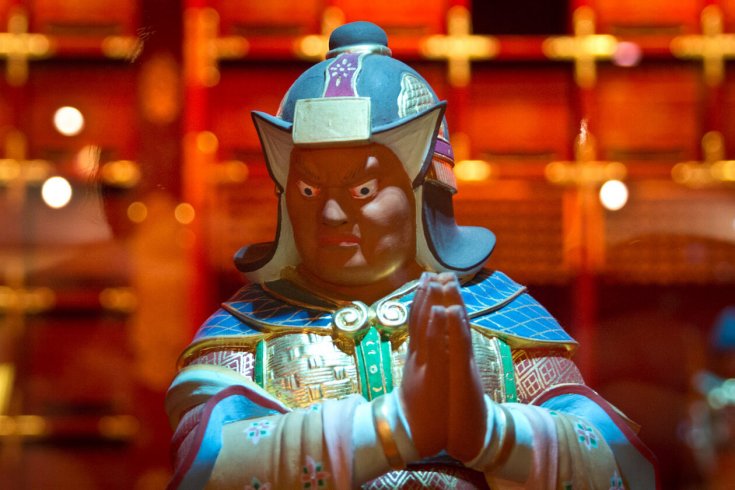 You know how they say your brain doesn’t know the difference between a negative event and a negative thought? Well, my brain doesn’t know the difference between an air-raid siren and a text notification in tritone. Last Sunday, I went to an all-day meditation retreat. We meditated five times over the course of the day, interspersing the sessions with talks from the teacher. During the first meditation, someone’s phone went through two ring cycles, complete with a separate beep announcing the leaving of a message. During the second, someone—a different someone—received a text notification. During the third, nothing—although someone behind me was furiously scribbling in a journal, which is also not okay. During the fourth, another notification—big surprise, it was the journal scribbler, the “tritoner,” whose phone was turned up very loud. The fifth was quiet, except for the sound of my mind waiting to be disrupted.

This was hardly a unique occurrence. At my weekly meditation group, which I have attended seriously for the last year and sporadically for three years, someone’s phone rings, or at least beeps, nearly every single time I go. It would be helpful if the meditation world acknowledged these interruptions as a problem. With all the announcements that are made at these sessions—about where to park, where lunch can and can’t be eaten, future events at which there will be more ringing phones—you’d think “silence your phones” would be number one. I can tell you exactly why it’s not. It’s because it is supposed to be part of our practice to learn to not care about the cell-phone noise. You read that right. I have complained about this before, and this has been said to my face more than once.

I hate noise, but I’m not unreasonable about it. Traffic has to move, children have to play, people with only one hand who live in states where brooms and rakes are illegal need a way to blow leaves off their driveways and onto their neighbours’. Some sounds—high heels on marble floors, toast popping out of a toaster, children playing under the supervision of a suitably fear-inspiring adult—are even pleasant.

What enrages me is unnecessary noise, and so many noises fall into this category—CNN in the airport and in elevators, YouTube videos blaring in coffee shops, loud phone conversations on trains. I know for a fact these particular offenders never talk on the phone until they get onto a quiet train. I was at LAX yesterday and a fiftysomething man played some loud slot machine nonsense game on his phone, at high volume, for about ten minutes and then called his wife and talked to her on speakerphone for about fifteen. I had to move, and when I walked by him, I stopped, faced him, and shook my head in disgust. He knew why I was mad too. He knows he’s taking up too much space. That’s why he’s doing it. He is a man of his time—constitutionally unable to pass fifteen minutes of his life without being witnessed.

So, returning to the subject of my sanghat—a Tibetan word for members of a spiritual community, or, alternately, “a group of people, at least one of whom at any given time has forgotten that their phone has an off button”—the noise is just a fraction of the problem. Much, much more unpleasant is what the noise makes me think about the human responsible.

The moment a phone rings in a meditation hall, the offending party springs into hideous and unsightly action. There is much apologetic bumbling through a bag or pocket. This is followed by flustered, unsuccessful attempts to silence or turn off the offending item, which, though precious enough to bring into a quiet room, has been strangely unable to inspire in its owner a desire for even the most basic mastery.

But no, the phone rings. The phone’s owner is always compelled to perform astonishment that this object designed specifically for the task of rupturing silence has actually done so. This person is extremely likely to be the exact person you see later being extremely mindful about some task. What is being mindful? Well, theoretically it means that you perform a routine task unroutinely. You notice the water on your skin, the soap bottle in your grip, the texture of a metal door, the rosy eighth of an inch of anal membrane framing your dog’s poop before it tumbles onto a leaf, the way the leaf trembles from the impact.

Far be it from me to advise people away from the pleasures of noticing existence. But when you see some mindful eater transporting a forkful of food to their mouth at a speed similar to a crane loading a Toyota Tacoma onto a barge and, later on, their phone rings in meditation, you might very much want to give them a lecture on where to apply their mindfulness talents.

I should add that the meditation crowd, at least where I live, is 75 percent senior citizens—at forty-eight, believe it or not, I am kind of young for the crowd. So when their phones beep, you can’t help but think of the amount of abuse young people received about their phones, and you just want to scream, “So you got to buy your house for $10,000, your student loans were paid off by the time you were twenty-six, AND you don’t know how to work your phone?”

The last and worst thing has to do with me (of course) and my anxieties about my own life. I haven’t been meditating seriously—meaning regularly—for very long. I am not hoping to achieve enlightenment, but I’m hoping to be happier. I’m hoping to be less bothered not only by small things but by large things too. I look to the people who have meditated a long time as some kind of beacon of possibility that meditating works. So when someone’s cell phone goes off in the middle of mediation, I can only think, “There is a selfish person, an unaware person, a person who has learned nothing by being here, a person who has witnessed countless other cell phones going off, silent meditation after silent meditation, and still brought their cell phone with them to sit.” And then I think, “What am I doing here?” and “Is this not going to work?” and “Is there any hope for any of us?”

I might sound like I think I’m perfect. I don’t. I’m just a person whose cell phone is set to silent and who never talks on speakerphone outside of her own home. That’s all. If you I think that makes me perfect, well, it’s very likely you’re an extremely insightful person.

Is the cell-phone noise a homeopathic dose of reality, so we don’t emerge from this beautiful cocoon of silence utterly shocked? That would be a skillful way to see things. Skillful is a big word in these circles. But maybe sometimes skillfulness isn’t all that skillful. Sometimes you can’t put lipstick on a pig. As Tom Cruise’s buddy Miles (Curtis Armstrong) puts it in the 1983 film Risky Business: “Sometimes you gotta say, ‘What the fuck.’”

Last night I went to meditation and almost wept with delight when I saw a sign outside the hall telling people to silence their phones. Action, at long last! Twenty minutes in, I felt my mind actually resting. I felt I could trust the silence. Then someone’s phone rang.

No one did anything. The phone just rang. It rang and rang and rang, because, I am compelled to conclude, that’s what phones do.

Sarah Miller wrote Inside the Mind of Gideon Rayburn and lives in Nevada City, CA.