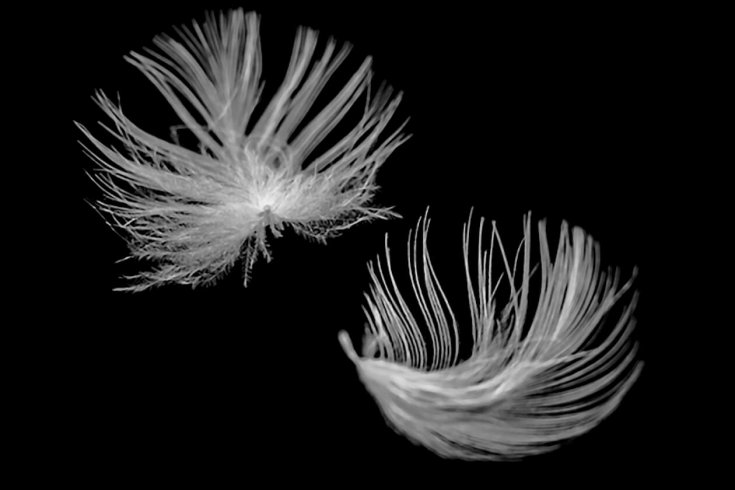 For many Indigenous people, what’s happening in Thunder Bay, Ontario, is a microcosm of Canada and its history of betrayal, survival, and violence. In her debut book, Seven Fallen Feathers: Racism, Death, and Hard Truths in a Northern City, award-winning journalist Tanya Talaga paints this picture all too well. A twenty-year Toronto Star veteran, Talaga is of Polish and Indigenous descent. Her grandmother Margaret Dyck is a member of Fort William First Nation, and her great-grandmother Liz Gauthier is a residential school survivor. In Seven Fallen Feathers, recently nominated for the Hilary Weston Writers’ Trust Prize for Nonfiction, Talaga painstakingly and respectfully examines what she calls the seven fallen feathers.

These fallen feathers are seven Indigenous young people who, in the past decade, died in Thunder Bay while attending high school, sometimes hundreds of kilometres away from their home communities. Two were found in the city’s Kaministiquia River, which connects to Lake Superior. Three others were found in the McIntyre River. Authorities claim that all five youths drowned. One youth died of acute alcohol toxicity, another after collapsing inside his home. Six of the seven students attended the Dennis Franklin Cromarty High School in Thunder Bay, and all of them came from a Nishnawbe Aski Nation First Nation community.

Throughout the book, Talaga reminds the reader that these deaths are part of a legacy that includes many of the social ills confronting Indigenous people across the country: mental health and addiction, high suicide rates, the overrepresentation of Indigenous people in prisons and in the child-welfare system, high unemployment rates, and the hugely disproportionate number of missing and murdered Indigenous women, men, and children.

Seven Fallen Feathers has an opportunity to play a role in illuminating historical and current Indigenous struggles. Readers will learn how colonialism and racism swells within our judicial, policing, child welfare, health, and education systems. They will learn about the direct consequences of the Crown’s continued broken treaty and fiduciary obligations. As Talaga writes, children were taken from their “savage” families and sent to schools run by the Catholic, Anglican, and Presbyterian churches. “The Crown used the treaties not only to take land from the Indigenous people,” she tells us, “but to absorb the next generations into Canadian society.”

But where Seven Fallen Feathers truly shines is in Talaga’s intimate retellings of what families experience when a loved one goes missing, from filing a missing-persons report with police, to the long and brutal investigation process, to the final visit in the coroner’s office. It’s a heartbreaking portrait of an indifferent and often callous system. Officers routinely hang up on concerned families, fail to file reports, or dismiss disappearances by stating a loved one was simply out partying. Coroners have concluded deaths were accidental, despite battered bodies suggesting otherwise. Often, families are left to use their own resources to search for their loved ones, including forming their own search teams.

This is the reality that many northern Indigenous families face when sending their kids to school in Thunder Bay—and many of them, as Talaga shows us, are now refusing to go. History is repeating itself. “Northern First Nations families are faced with the horrific choice of either sending their children to high school in a community that cannot guarantee their safety, or keeping them at home and hoping distance education will be enough,” writes Talaga. “Families are still being told—more than twenty years after the last residential school was shut down—that they must surrender their children for them to gain an education.”

As I read through Talaga’s book, I couldn’t help but reflect on my own time as a resident of Thunder Bay from 1999 to 2005. I was a post-secondary student at Lakehead University. In the few classes where Indigenous topics were discussed, hostile body language from some non-Indigenous students was common; I saw a lot of eye rolling and heard plenty of exaggerated sighs. Whereas I thrived learning more about my own people and our histories—it wasn’t taught during my elementary and high-school years—non-Indigenous students met the information with resistance. It was exhausting. One year, several non-Indigenous students unsuccessfully rallied students to fire an Indigenous professor—they thought he was “too hard” on them and didn’t like his subject matter. This was a stark contrast to the many Indigenous students who felt the professor’s class should be mandatory.

And yet, my time spent within the university was largely positive in comparison to what it was like living outside its walls. While I was shopping, for instance, sales clerks often combed through my bags under the presumption that I was shoplifting. It always made me feel humiliated, angry, and less-than—and that’s only one example. As an Indigenous young adult, I could often feel and see the deep-seated hatred and racism in Thunder Bay. It’s easy to draw a line from my experience of discrimination to moments described in Seven Fallen Feathers.

Dora Morris, the legal guardian of Jethro Anderson, a fifteen-year-old from Kasabonika Lake First Nation whose body was found in one of Thunder Bay’s rivers, describes to Talaga what happened after he went missing in October 2000. First, she called the police, who rebuffed her and said Anderson was out “partying like every other Native kid.” Morris called three times before they finally allowed her to file a missing-persons report. In the meantime, Indigenous community members and volunteers from Thunder Bay went looking for Anderson. As Talaga writes, “it seemed everyone was out looking for Jethro—everyone but the police.” Police inaction and indifference is a frequent experience for many Indigenous families looking for their missing loved ones. Even when we’re the ones who need help, we’re still seen as criminals.

When I was living in Thunder Bay, I lost a friend to suicide while he was a student at Lakehead. He was from Webequie First Nation, an Ojibway community in northern Ontario. He was smart as a whip, with a nervous twitch and a quiet demeanor. His act haunts me to this day. I remember how he never liked people coming up from behind him or unexpectedly touching him; I still wonder what he faced in his life that could have caused such a reaction.

In Seven Fallen Feathers, Talaga sets out to answer a similar set of questions for the lost Indigenous youth of Thunder Bay: What did you face in life that caused this? What led you down this path? While most of these seven deaths were later ruled as having “undetermined causes,” Talaga’s investigation yields a powerful portrayal of the interconnected ripple effects of trauma, including suicide and self-harm. By giving readers intimate portraits of the youths’ lives, Talaga also reveals a commonly felt desperation and hopelessness, outlooks that can permeate, and even overwhelm, entire communities.

In the early 2000s, as Talaga argues, suicides happened in waves in Indigenous communities, especially northwestern Ontario. This increase began in the 1990s, at a time when residential schools were shutting down, leaving communities traumatized and without mental or medical services to help deal with the reverberations of such mass trauma. Children as young as ten years old were hanging themselves. “From 1986 to 2016, there have been more than five hundred suicides in the Nishnawbe Aski Nation territory alone,” writes Talaga. “A staggering seventy of those suicides were of children between the ages of ten and fourteen and more than two hundred were youth between the ages of fifteen and twenty.”

Since Talaga’s book was published, there have been more youth suicides in northern Ontario, particularly in the communities of Wapekeka and Pikangikum. Whenever I hear about another young Indigenous person dying by suicide, I can’t help but wonder about the angst, frustration, and lack of hope that youth must have been feeling. When I was in grade seven, I vividly recall being called a “dirty Indian” by a non-Indigenous boy who was in my class. It was broad daylight, and it felt like the world had stopped before my eyes. We both looked at each other. I remember his expression after he yelled at me: it was like he didn’t even know what he said or what it meant. But he must have heard it from somewhere.

Or, perhaps, everywhere. In June 2016, a year-long inquest into the deaths of these seven young people who died in Thunder Bay concluded. While it didn’t provide real answers about the deaths, it did give insight into the daily, persistent discrimination they faced. “The inquest heard, time and time again, of how the students were treated differently because of the colour of their skin,” writes Talaga. “Of how they were beaten up, pelted with eggs and garbage, yelled at by people driving by in cars. Of how the very people in charge, the police, were so hard on them, and in some cases, mocking them as they sat in holding cells.”

The 145 recommendations that came out of the inquest included calls for increased federal funding for all levels of education in every Nishnawbe Aski Nation First Nation community and the construction of a student residence at Dennis Franklin Cromarty High School. For a way forward, we can also turn to Bernice Jacob, the mother of Jordan Wabasse, another fifteen-year-old who’s said to have drowned. During a press conference after the inquest, Jacob broke down. All she wants, she said, is for everyone to be treated equally; we are all human. The answers for change are in front of all of us. What prevents us in getting to these solutions are often jurisdictional disputes between governments and archaic legislation and policies.

But, things are changing—slowly. Today, I see young Indigenous children proudly wearing long braids to school, and their peers, as young as five years old, are being taught about residential schools and the history of Indigenous peoples in their classrooms. I hear of change happening in elementary schools, workplaces, and even within police detachments. Some school boards have developed Indigenous curricula. RCMP officers have visited decommissioned residential schools so that they learn and understand Indigenous issues and history. These changes can’t happen fast enough, however. The longer we wait, the more injustices, such as these seven deaths in Thunder Bay, will continue.

Throughout it all, we must acknowledge that we are not “Canada’s Indigenous people,” as media outlets and others patronizingly say. We should be partners, not simply wards. Pulling the bodies of Indigenous people out of river systems needs to end. These young people were loved by their families, friends, and communities. They had their entire lives to live. They should have been able to grow and prosper and to raise families of their own. Seven Fallen Feathers is a must-read for all Canadians. It shows us where we came from, where we’re at, and what we need to do to make the country a better place for us all.

Martha Troian is Anishnabe from Obishikokaang (Lac Seul First Nation) in northern Ontario. She is an independent journalist/writer who contributes to outlets across the country.

Martha Troian is Anishnabe from Obishikokaang (Lac Seul First Nation) in northern Ontario. She is an independent journalist/writer who contributes to outlets across the country.
X