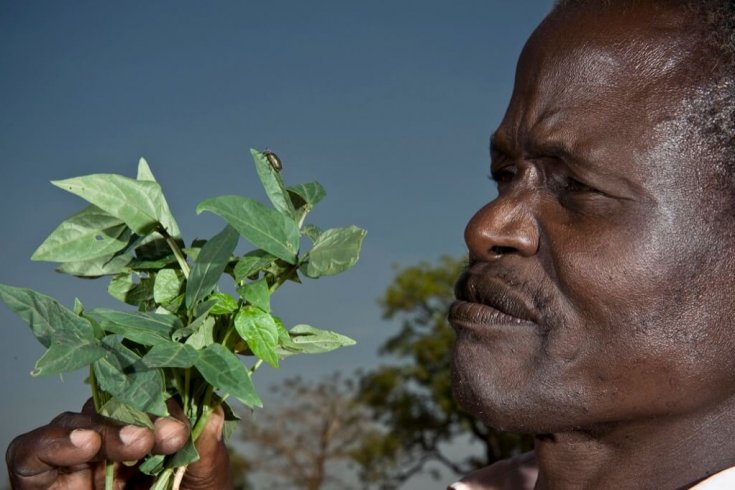 Christine agwero and John Ogalo, subsistence farmers in northeastern Uganda, invite me into their grass-thatched hut so we can talk about their lives. Although this is our first meeting, I know a lot about them. I know they struggle to pay school fees for their children, and sometimes they go without regular meals. I know they worry about an adult son who moved to Kampala and contracted HIV. I know all this and more because for the past three years, Britain’s Guardian newspaper has run a remarkable experiment in journalism. And, for better or worse, it has made Agwero and Ogalo famous.

After observing campaigns like Live 8 and Make Poverty History, editors at the Guardian wanted to help their audience understand why poverty persisted in Africa and what could be done about it, without resorting to telethons and rock concerts. “We wanted to pick one project and really get to grips with what development is all about,” says Jo Confino, the executive editor who oversaw the project. “And to tell a story about a community in a way that had never been done before.”

To do so, they violated the journalistic equivalent of the Star Trek Prime Directive: Do not interfere in the lives you report on. They found a community with a shopping list of problems associated with poverty: Katine, a Ugandan sub-county of 25,000 people, which had too much disease, too little clean water, high rates of illiteracy, and a recent experience of civil war. They told their readers about Katine and asked for donations (Barclays Bank provided matching funds). Then they used the money to hire AMREF, an African-based NGO, to oversee a comprehensive development program. The newspaper vowed to report on what worked and what did not.

The Katine Project, as the Guardian called it, challenges an all-too-common approach to international reporting: foreign correspondents swoop in, collect anecdotes, then move on. This is particularly ill suited to the complex and glacially slow processes of development. (The Globe and Mail came to a similar conclusion and launched Project Jacmel, an extended focus on the reconstruction of one Haitian community in the wake of the 2010 earthquake.) To cover Katine in sufficient depth, the Guardian regularly sends reporters from its London office, and it hired Ugandan reporters to file stories. More radically, the newspaper set up a media centre so Katine residents could access the Internet, read Guardian stories, and post comments.

Few have taken advantage of the opportunity, but there are exceptions. The most prominent are Agwero and Ogalo (married couples do not share a family name in this part of Uganda). When I visit their village, Ogalo is eager to show me the Flip camera the Guardian lent him. “I do my farming in the morning, from six or seven until around ten,” he explains, “and then I get on my bicycle and begin filming.”

Although critics might find his camerawork more literal than lyrical, it offers an intimate window into life in Katine. “At the end of this process, I now find myself to be a filmmaker,” he says, with evident pride. He is also a blogger who posts regularly to the Katine Project website. And both he and Agwero have gone out of their way to make themselves available to visiting reporters.

But their participation in the project has had negative effects as well. When the couple revealed the exact details of their finances for an article on household economics in Katine, the story provoked a flurry of online comments. Readers totalled their reported income and expenses and found small discrepancies. Some questioned whether Agwero and Ogalo were as poor as they claimed. The attacks continued even after Ogalo cycled to the media centre and tried to defend himself online. He and his wife were upset by the remarks, and afraid that allegations of wealth would provoke envy in their community or discourage foreigners from giving them assistance.

The Guardian pulled the story, and later posted a version with fewer details and without harsh comments from readers. This bears repeating: the Guardian re-edited and republished a story in large part because its subjects’ feelings were hurt. Newspapers never do this, unless there’s a major lawsuit involved.

The incident points to one challenge posed by the Katine Project: in-depth reporting can be harmful if not done properly. It also highlights the vast gulf between the lives of Katine residents and those of the project’s intended readers. It’s no wonder that few people in Katine have taken advantage of the media centre: they find other tasks more urgent than the pursuit of fleeting virtual relationships with readers on the other side of the world. And from the start, Confino says he and other editors were “terrified” about the task of sustaining the interest of the Guardian’s audience. While close attention to one African community and its stories might be a very worthy thing for a newspaper, worthiness alone does not generate website traffic.

The Katine Project, which winds down this fall, showed that we have the technological capacity for a richer dialogue between wealthy and impoverished communities. So far, that dialogue has been expensive and time consuming to facilitate, limited in scope, and fraught with new ethical issues. Nevertheless, Agwero and Ogalo relished the opportunity to express themselves to an international audience. Despite its flaws, the Katine Project offers a vision of what is now possible in international reporting.

How far should a journalist go for the greater good?

In 1885, W.T. Stead penned for his Pall Mall Gazette the famous “Maiden Tribute of Modern Babylon,” a serial exposé on child prostitution in London, England, that prompted policy-makers to raise the age of consent from thirteen to sixteen. But the story’s success came at a cost: as part of his “research,” Stead had organized the purchase and abduction of thirteen-year-old Eliza Armstrong, a crime for which he was later convicted and sentenced to three months in prison. Though he was scorned by the mobs that attended his court hearings, Stead’s actions were met with ambivalence by his media colleagues. The Morning Post sided with many of its readers in calling for a heavier sentence, and the Standard decried Stead’s “cynical recklessness.” But the Daily Chronicle argued in favour of higher-purpose journalism: “We cannot and do not refuse to credit Mr. Stead with the best of motives. He may be an enthusiast or a fanatic, but his enthusiasm or fanaticism was roused by the contemplation of the worst of crimes; and though it was directed into illegal channels it sought to accomplish a great good in the interest of society.”