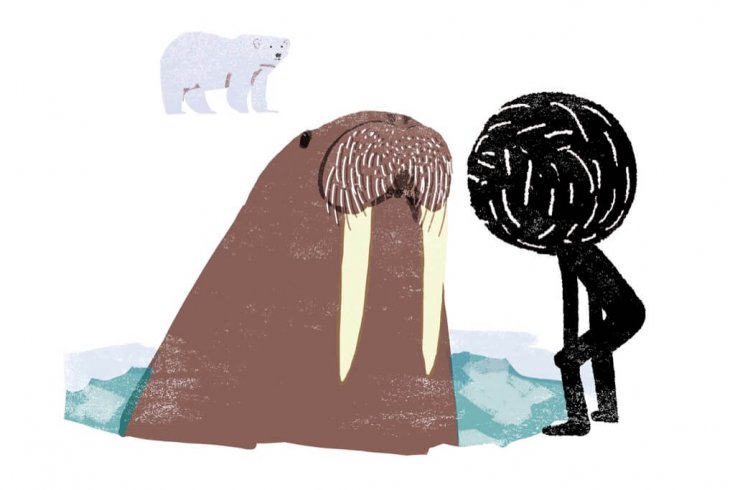 When I was eleven, I watched my cousin slice up a gopher
with the serrated top of a tin can.

I see this cousin now: the type of woman
who simmers meats in vodka and cream.

Straight shoulders, straight hair. Her stare.
Each eye bright and sharp as a rhinestone.

She knows a thing will yield if spoken to gently,
so she doesn’t waste time on incense

and Sarah Vaughan. She wraps each word in cashmere,
and carries on. Last night, three girls at a bus stop

beat an old man to death with black umbrellas. And here I am
bound to elaborate on the state of his glasses,

knocked off his head and spinning into air
that shimmered with rain. Yet everyone, when small,

has come in from the river with something half-dead
in the bottom of a bucket. And no one expects that to become

their defining moment. Now, I want to find a red door
and live behind it. I want to talk taxes and fiscal responsibility.

I am sure neither of these things will happen.
Her under voice is sleepless as a shark.

It says crack that window. Dial that number.
At eleven, it pulled me from the TV, it led me

up the driveway, behind a parked Subaru, to a square
of dead November grass. The wind was fresh

and sweet as an apple, as she brought the metal down
with a calm hand, and teeth denting her lower lip.

And she steadied the animal, saying