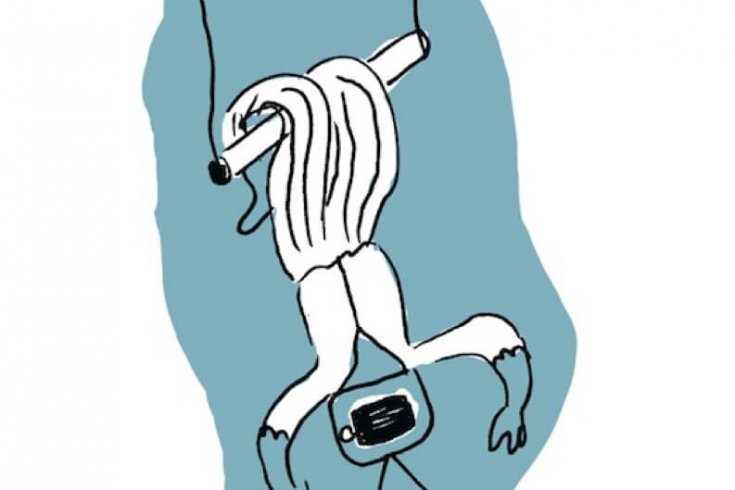 In January 1960, Canada’s Board of Broadcast Governors, forerunner to the Canadian Radio-television Telecommunications Commission, held hearings in Winnipeg to determine whether it was in the public interest, and economically feasible, to license private television stations to compete with the cbc. Prospective station owners pitched with aplomb, and the bbg ultimately ruled in their favour. One of them was Ralph S. Misener, the president of the Winnipeg Enterprise Corporation. Here, fifty years later, is how he expressed his hopes and dreams for the now faltering industry.

RALPH S. MISENER: Mr. Chairman, members of the Board of Broadcast Governors. It is indeed a privilege for myself and my associates to appear before you. At the outset may I say that I assume you have before you the brief submitted by my associates and myself of my presentation containing our written application for a license to operate a television station in Winnipeg, Manitoba, on Channel 7…

“The only truth you know is what you get over this tube. Right now, there is a whole, an entire generation that never knew anything that didn’t come out of this tube. This tube is the gospel, the ultimate revelation. This tube can make or break presidents, popes, prime ministers. This tube is the most awesome goddamn force in the whole godless world… When the twelfth largest company in the world controls the most awesome goddamn propaganda force in the whole godless world, who knows what shit will be peddled for truth on this network. So, you listen to me. Listen to me! Television is not the truth. Television’s a goddamn amusement park. Television is a circus, a carnival, a travelling troupe of acrobats, storytellers, dancers, singers, jugglers, sideshow freaks, lion tamers, and football players. We’re in the boredom-killing business. So if you want the truth, go to God. Go to your gurus. Go to yourselves! Because that’s the only place you’re ever gonna find any real truth.”

Now I hope in a few words I can impart to you the genuine enthusiasm I feel, and my associates feel, about planning, building, and operating a television station on Channel 7 to serve the people of Manitoba. It is a challenge and a very, very great responsibility to undertake such an enterprise. The Dominion Bureau of Statistics show that within [the proposed station’s reach] there are some 642,000 Canadians at the present time; some 128,900 television receiving sets. When you stop to reflect on the almost awe inspiring impact made on that number of people by any television station, you realize you are not just talking about “X” millions of dollars, but that you have a most formidable and inspiring challenge to meet. For myself and my associates I want to say we are ready, even eager, to meet that challenge. Why? Because we have gathered together men who have dared to pioneer, men of experience, men of wisdom, men of good judgment and a knowledge of practical affairs, and while they represent various classes and types and ethnic groups, each can contribute very much to the common cause. Above all they are intensely interested in the welfare of their fellows and they have an enthusiasm for this job. All of the men associated with me in this brief have lived most of their lives in the Province of Manitoba. They are residents of the Province of Manitoba. They understand the likes and the dislikes of the people of Manitoba. We know that these people have for some considerable time felt they should have or should be entitled to a second television channel. The great majority of Canadians living here are descendents of the pioneers of Canada. They are a hard working people, a good living people, and they have their own preference and tastes in entertainment and education. Our programming as set out in the brief is designed to appeal and satisfy those particular wants in a way that an over-all federal network cannot be expected to do. In this area of Manitoba we have a great variety of racial extractions who are gradually becoming assimilated into what you might call a Western Canadian culture. These people have brought with them much of the culture of the old land and have brought with them this culture and have added to that a tang that only the prairies can give. In an area such as ours, which is one of the most cosmopolitan in extraction, as well as in taste, it is especially important that the programming be as varied and as comprehensive as is possible so as to suit the taste of all this group. These people can and are willing to help us to provide this type of programme that they want. They have always been hungry for knowledge and information. They know that a TV channel can properly add to the broad Canadian education. As I said before the granting of a license to operate a TV station is a public trust…

Now ladies and gentlemen, the medium of television offers the nearest approach to personal presence and actual participation yet achieved in mass communication. This fact establishes for television a unique position as the potent influence of our present age. When one-half million individuals may constitute a viewing audience of Channel 7, the impact of this influence will be enormous. Irresponsible and improper use of television can be a degrading influence which will increase the incidence of delinquency and to a large extent cancel out the work of our churches and educational institutions. I am sure you will agree with me. But, responsible, wisely used television on Channel 7 can be a potent and positive force in our society. A force that will exert its influence towards the development of the young and impressionable lives into responsible members of society—towards the building of good citizens. A force that will stimulate interest in the world about us, in exploring and developing new concepts, new ideas, new frontiers of the mind, but also bringing about a deeper appreciation of all that is good and noble and worthwhile in our cultural heritage. A force that will bring to our community a deep and warm human sympathy. A force that will enrich the mind, the hearts and the lives of its audience, so that our community, our province and nation will profit by its being. This, ladies and gentlemen is our philosophy. Should Channel 7 be entrusted to our stewardship, we will strive earnestly and conscientiously to programme in harmony with this philosophy. 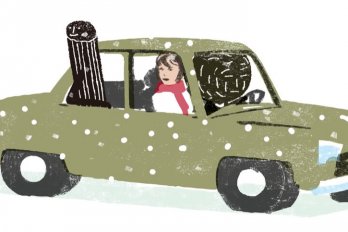 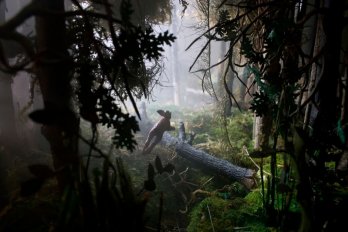