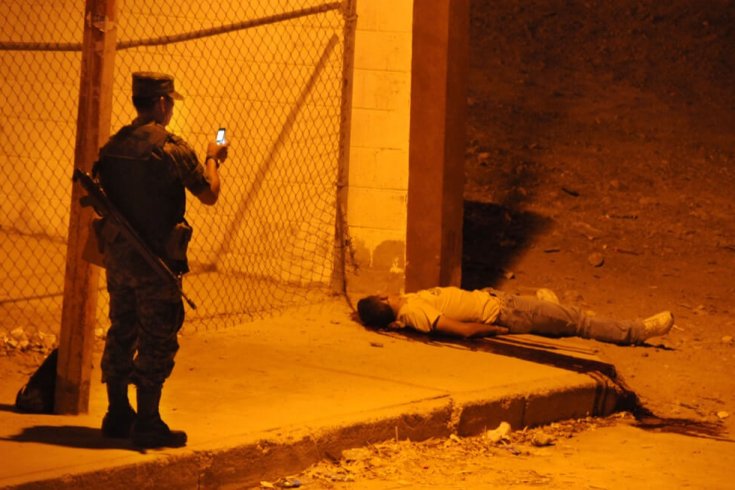 It was not so long ago that tourists crowded the colourful cantinas of Ciudad Juarez, on the Mexican side of the Rio Grande, with nothing worse to fear than an off-key bolero. That started changing in the late ’90s, as Mexico’s drug cartels began quietly taking control of cocaine smuggling routes out of South America, and Juarez, positioned at the gateway to US and Canadian markets, became prime real estate. Competing gangs went after each other in broad daylight, and tourism slowed to a trickle. When newly elected president Felipe Calderón declared war on the narcotraficantes in 2007, eventually stationing 7,500 troops in Juarez alone, it dried up altogether.

Where tourists once walked, soldiers patrol in Humvees bristling with machine guns. And the cartels, whose estimated annual profits of between $10 billion and $40 billion easily outstrip Calderón’s meagre war chest, are fighting back. Juarez is now the hub of a frenetic war with multiple fronts, and violence has reached an all-time high. There have been well over 1,500 drug-related killings in the city every year since Calderón took office; this past June alone, officials recorded almost seven “intentional dead” per day.

Such euphemisms are scant comfort to the unintentional victims of Calderón’s offensive. One of last spring’s casualties was a man who’d called the police hotline with a drug tip; his tortured body was found in the back of a car a few days later, pinned with a note warning, “This happens to those who talk to 066 [emergency police response].” Police corruption is widespread—a year ago, none other than the chief of Mexico’s anti-narcotics squad was arrested for passing information to the Sinaloa cartel. But many argue that the soldiers called in to restore order have only succeeded in further terrorizing locals, executing what Human Rights Watch has called “forced disappearances, acts of torture and illegal raids in pursuit of drug traffickers.”

These days, if people speak up they do so only under condition of anonymity. “Just call me Juan,” a bartender in one of the few cafés still open after dark instructs before addressing his city’s connection to the outside world. “Whoever controls Juarez,” he says, “controls the market in Chicago and New York.” But what about ties with Canada? In Vancouver, the local media have interpreted the city’s record year of gang violence as the result of a bottleneck in Mexico. In fact, the number of intercepted cocaine shipments to Canada—the best measure of how much is coming in—has stayed constant since 2006, at just over 300 a year. “There may have been some disruption in how much cocaine was getting through at first,” concedes Pat Fogarty, head of British Columbia’s combined forces special enforcement unit (formerly the organized crime agency), “but supply has pretty much returned to its former level.”

A more direct result of Mexico’s drug war is the growing number of Mexicans seeking asylum in Canada. In 2005, the immigration department received 3,400 applications for refugee status from Mexicans—more than from any other nationality. By 2008, that figure had almost tripled to 9,400, comprising a quarter of all applicants, with another 5,500 arriving in the first half of 2009. Federal minister Jason Kenney suggested this was merely the undesirable consequence of allowing Mexicans into the country without a visa, and revoked that privilege in July. But Mario Ayala, director of Vancouver’s Inland Refugee Society, confirms that most have real problems related to drug violence. “They have no reason to lie to me,” he adds. “They know I can’t help them with their legal situations, only find them a place to sleep and offer them some food stamps.”

A young Mexican couple waiting outside Ayala’s office with their four-year-old daughter are typical clients. Asking not to be named, the father—let’s call him Juan—describes his former neighbour in the central Mexican city of Guanajuato: “He was just a small-time dealer, a fat and dirty guy we called El Gordo. I used to see him sell cocaine out of his mechanic shop. The police would visit him day and night, and I learned that’s who he got his drugs from.” El Gordo ran a side business in stolen cars and eventually helped himself to Juan’s truck. “I went to the police, but they put me in handcuffs.” After Juan’s release, El Gordo warned him to stay away from the police, and when Juan reported the threat the gangster started stalking him. “One day he waved a gun at me, and I said to myself, this is it. We can’t live here anymore.”

With $5,000 in savings from his interior design business, Juan and his family flew to Vancouver and set themselves up in a one-bedroom apartment with six other immigrants. He was fortunate: he had the police reports he’d filed in Guanajuato to submit as evidence at his immigration hearing. Few of his countrymen arrive as well prepared, and 90 percent are forced to return to a country where only the drug runners are optimistic. Speaking on a Mexican radio station earlier this year, a representative of the newest and fiercest cartel in the country, La Familia, said what every refugee dreams of repeating: “We are here to stay.”

Teun Voetens’ reportage was made possible by the Dutch Fund for Special Journalistic Projects and the Pascal Decroos Fund.

Arno Kopecky was shortlisted for the 2014 Governor General's Literary Award in nonfiction for The Oil Man and the Sea. His latest book, The Environmentalist’s Dilemma: Promise and Peril in an Age of Climate Crisis, is out now.
Teun Voeten