The afghan called Teacher is deep in Taliban country, crouching halfway up a mountainside at dawn, listening for the approach of a US Army Kiowa attack helicopter. Teacher has huddled with his AK-47, pressed against a rock and keeping lookout, many times before. But he has never done so while eating cheese tortellini and trail mix.

Teacher has picked out one of the halal rations offered by his employer, the Canadian military. A jihadi never ate so well. Back in the 1980s, when the helicopters that zoomed overhead aimed their guns at him, Teacher ate little other than bread, fruit, and on special occasions a pot of rice. Now he translates Dari and Pashto for a small Canadian battle unit that trains the ragtag Afghan National Army. The US helicopters fly overhead in support. As an interpreter and counterinsurgency sherpa, Teacher advises Sean Wilson, a wiry captain from the Royal Canadian Regiment, and shadows him on raids, searches of suspected Taliban hideouts, and patrols through mined and booby-trapped defiles.

Today Teacher and Wilson are leading an Afghan-Canadian patrol up the tight switchbacks above Darvishan village, just northwest of Kandahar. Taliban hide and use mountain compounds here as bases for attacks on the relatively government-friendly district centre below. Wilson’s Afghan counterpart, on this day Captain Faizullah, leads his men from the rear, and like them he seems frustrated by the strain of the summer morning hike.

From a message board thread on www.420magazine.com

Medical Marijuana: The US government knows that the Northern Alliance uses the profits it makes from selling hashish to fund its war against the Taliban. Afghan hash is perhaps the only cannabis commodity imprinted with a revolutionary slogan. In gold letters, stenciled on the hardened brown crust of each slate, are the words “Freedom for Afghanistan,” or “Freedom of Afghanistan.” Smoke up and bring our young soldiers home.

WaVancouver: I think we should all support it.

Medical Marijuana: I fought for freedom today and bought a nice chunk of import Afghan black. Sweet and sticky. Over smoke the Jihad!

Not a shot has been fired. It is thirty-nine degrees, and the Canadians are wheezing under their packs and weapons. Teacher is in his late forties, so he wheezes a little, too. But he still scampers, goatlike, nearly as spryly as soldiers half his age. This is in part because he carries only slightly more than he ever did: a Kalashnikov, a radio, and nowadays a self-heating ration, body armour, and a fancy Camelbak hydration system.

Unlike Wilson, whose French and English earn him blank glares from Afghans, Teacher speaks the languages and can extract tips about where bombs and booby traps lie. Moreover, he has an uncanny eye of his own. “He just has a sense,” Wilson says. “He knows where the Taliban are going to set an IED. He’ll just stop and point at a spot on the ground and say, ‘That doesn’t look right.’” Wilson says that sense has saved the group’s lives many times over.

Teacher knows where the bombs are because in an earlier decade he would have planted them there himself. Born and raised in eastern Afghanistan, he fled to Pakistan when the Soviets invaded thirty years ago, and he spent the next decade creeping back across the border to shoot Russians. Teacher returned just twice during the Taliban period, for brief trips home from Peshawar. His years as a predator have made him exceptionally wily prey.

It’s easy to imagine that each grey hair in Teacher’s coarse, cropped beard represents one terrifying pass overhead by a Soviet helicopter. He never fired a Stinger missile himself, but he grows wistful when recalling the fiery wreckage of helicopters shot down by his fellow mujahedeen. “The Stinger destroyed one helicopter,” he says, “and then the pilot of the second helicopter parachuted out and let his helicopter crash.” Two helicopters, one Stinger: these were harder times, he says, but he is clearly proud that the mujahedeen did so much with so little.

By the time Wilson and Teacher reach the compounds, the Afghan soldiers have already arrived, and seem to have been celebrating their summiting before they even start the search. Some have taken watermelons from a local villager; others have sparked up a morning toke, wreathing the area in a fog of hash.

Wilson tells Teacher to warn Captain Faizullah that his men are baked out of their minds, and probably not ready for an operation that could involve doors rigged to explode and snipers perched on the mountain nearby. Faizullah demurs, and when Wilson’s warrant officer takes away a stoned Afghan soldier’s gun, bitter words are exchanged, including some between the warrant and Faizullah, who says a mere enlisted man should not presume to speak to a toron, or mid-level officer, about how to do his job. Relations between the two forces are strained for the rest of the morning.

By early afternoon, we are back at our makeshift base, near the district centre. Wilson patches the rift with Faizullah, but none of the Canadians trust the Afghan soldiers with their safety anymore.

They trust Teacher, though, who is lying in the corner on a ground pad and sipping tea. “He should be a toron,” Wilson says. Teacher shakes his head and says, “No thanks.” 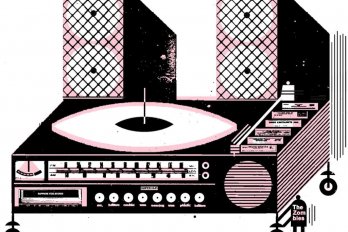