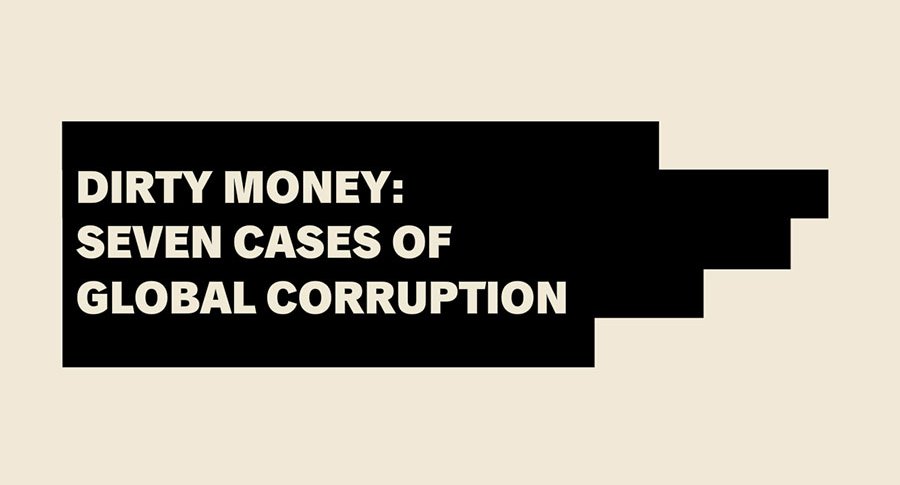 Presented by The Walrus and The Global Reporting Centre

I know what it’s like to piss off the wealthy. For the past decade, I’ve been fighting to expose the crimes of one of the most powerful men in the world, Russian president Vladimir Putin. I have been hounded, raided, sued, arrested, and deemed a threat to national security. My friends and colleagues have been intimidated, beaten, or worse. All of this to prevent us from exposing the criminal enterprise that Putin has established to loot his own country and tighten his grip on the reins of unchecked power.

I wish I could say my story is unique, but that could not be further from the truth. In nearly every country on earth—east to west, democracy to dictatorship—there exists an underbelly of unscrupulous actors who operate as if they are above the law and who, in many cases, are the law. And they don’t commit their crimes alone. Criminals do business with other criminals, and the interconnectivity of our modern world appears to be fomenting a global power-grab unprecedented in human history.

But, for every villain, there is a hero. For every extortionist, a whistleblower. For every thug, a journalist committed to protecting the most vulnerable and shining a light into the darkness that hides corruption from public scrutiny.

The writers in this series often take great risks to drag corruption out of the shadows and into the light. These are our guardians, holding at bay the nefarious concentration of power and the hoarders of our ever-diminishing resources.

For “Did the Heir to the Red Bull Empire Get Away with Murder?” Martha Mendoza investigates a globe-trotting playboy known as “Boss” who had an arrest warrant issued against him for allegedly killing a veteran Bangkok police officer in a 2012 hit and run. A scion of one of Thailand’s richest families, Boss is still free, having apparently used his wealth and connections as a shield from justice.

The French cement giant Lafarge was discovered to have been paying millions in protection money to armed factions to keep its Syria factory open in the midst of a raging civil war. In “When the Cost of Doing Business Means Funding Terror Groups,” Dorothée Myriam Kellou exposes how the company endangered the lives of its employees and may have had a hand in funding the Islamic State.

When the Royal Canadian Mounted Police first charged Quebec construction company SNC-Lavalin for bribing officials in the government of Libyan dictator Moammar Gadhafi, relatively few people took notice. Martin Patriquin lays out the extent of this corruption case and how efforts by the Canadian government to defer prosecution led to a political scandal.

“China’s False War on Corruption” looks at the failure of an entire government as it clings to a culture of corruption. China’s anticorruption campaign was meant to address a source of the country’s dramatic level of income inequality. Instead, reporter Echo Hui writes, the anticorruption agency seems to have itself become susceptible to corruption as China sinks deeper into government malfeasance masked by a culture of intimidation and increased suppression of public dissent and free press.

Political leaders personally taking advantage of their power may be the most galling of all forms of corruption, and this series offers two dramatic examples. With “How Vladimir Putin’s Regime Uses the Climate Crisis to Get Rich,” Paul Watson pulls back the curtain on Vladimir Putin’s ambitions in the Arctic, an area rich in natural resources whose control will influence the future of the global economy.

And, in “Why Corruption Killed Dreams of a Better South Africa,” William Gumede writes about former president Jacob Zuma, who faces multiple corruption charges and has ties to a family that has been accused of being part of a widespread corruption scheme involving fraud, money laundering, and racketeering.

Then there’s the complex case of “The Corruption Scandal that Shook Latin America,” which Stephanie Nolen details in her examination of the massive, intricate web of financial crimes that has implicated businesses and governments throughout Latin America and around the world. But this win at curtailing a global web of corporate and government vice has turned into a loss as the very people who went after the corrupt businesses and politicians appear to have been politically motivated themselves.

My own experiences have inspired me to lobby governments around the world to pass laws in honour of my friend and tax attorney Sergei Magnitsky, who landed in a Moscow prison after testifying against Russian authorities. Magnitsky paid with his life, dying behind bars after being brutally beaten. In 2012, the US Congress passed the Magnitsky Act, which provides sanctions against human rights offenders and allows for their assets to be frozen. I have since worked with the governments of Canada, the UK, and several Baltic countries to pass similar laws. My priority now is to get France to pass such a law, which would target the oligarchs who hide in penthouses along the Seine and in villas on the Côte d’Azur.

In the face of dereliction and lawlessness at the highest levels of government and industry, a series like “Dirty Money: Seven Cases of Global Corruption” may seem an inadequate effort, little more than a candle trying to illuminate the cosmos. But every inferno begins as a single flame, and the small points of light these authors bring to the darkness are crucial guideposts to combatting the atrocities of the moneyed elite and mending the breaches of trust between governments and the people they claim to represent.

Bill Browder once held the largest foreign investment portfolio in Russia—until his tax attorney, Sergei Magnitsky, was arrested after investigating massive Russian tax fraud. After Magnitsky died in prison under mysterious circumstances, Browder worked with both the US and Canadian governments to enact the Magnitsky Act to punish Russian human rights violators. Browder has testified before the US Senate Judiciary Committee about Russian interference in the US presidential election. He is the author of the bestselling book Red Notice: A True Story of High Finance, Murder, and One Man’s Fight for Justice.


Thailand Did the Heir to the Red Bull Empire Get Away with Murder? by Martha Mendoza
Canada Why did SNC-Lavalin Spend Millions on Escorts, Hotel Rooms, and Liquor? By Martin Patriquin
World A Crash-Course on Money Laundering by The Walrus Staff
Russia How Vladimir Putin’s Regime Uses the Climate Crisis to Get Rich by Paul Watson
Brazil The Corruption Scandal That Shook Latin America by Stephanie Nolen
France When the Cost of Doing Business Means Funding Terror Groups by Dorothée Myriam Kellou
World There’s No One Way to Run an Investment Scam by The Walrus Staff
China China’s False War on Corruption by Echo Hui
South Africa Why Corruption Killed Dreams of a Better South Africa by William Gumede

In 2012, a member of one of Asia’s richest families killed a Bangkok police officer in a hit and run. Seven years later, he’s still free 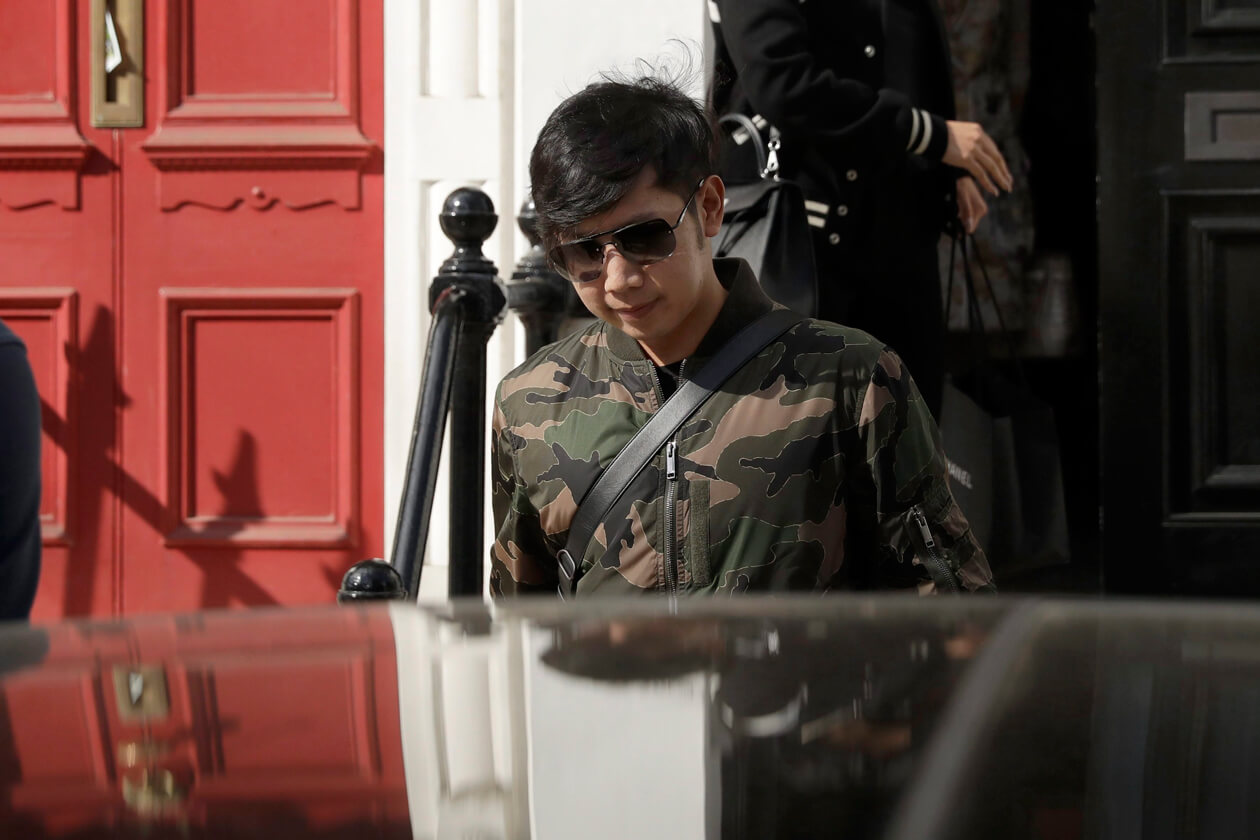 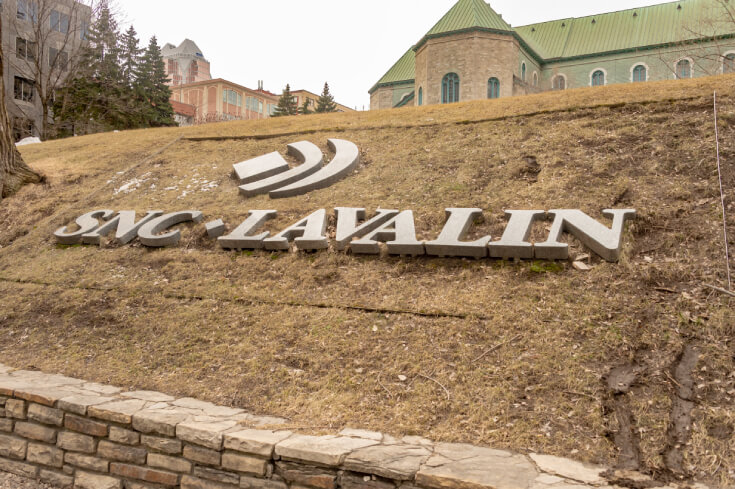 Why did SNC-Lavalin Spend Millions on Escorts, Hotel Rooms, and Liquor?

The Russian president and his business allies are exploiting the warming Arctic to amass natural resources, wealth, and power 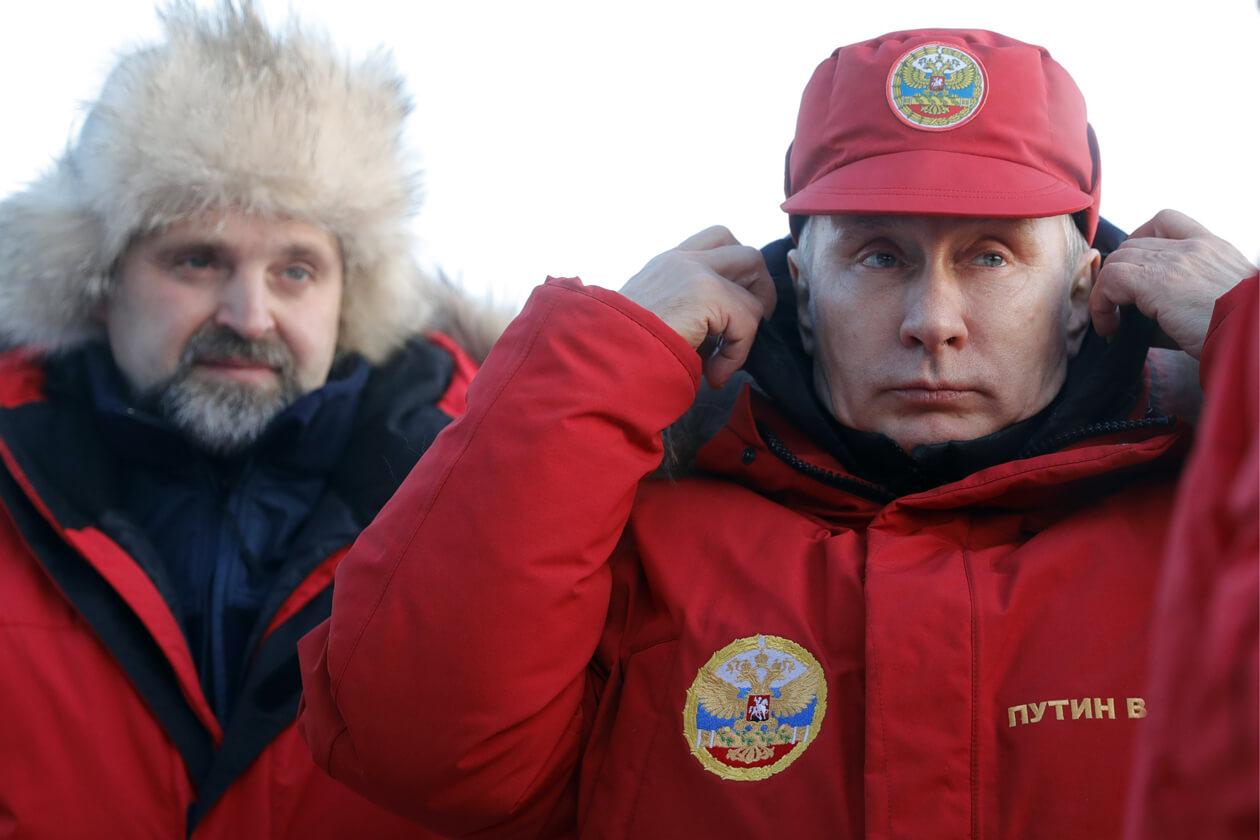 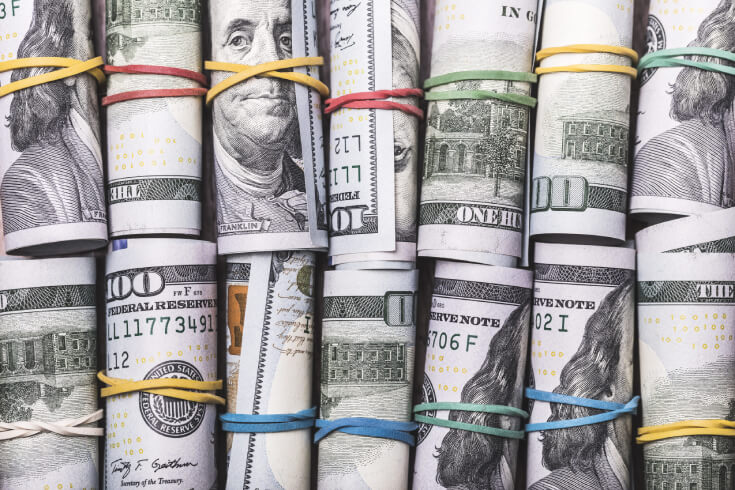 A Crash-Course on Money Laundering

From buying real estate under a fake name to sneaky stock-market transactions, here’s how some crooks avoid detection

In-depth award-winning investigative reports right to your inbox. Sign up for the weekly newsletter from The Walrus. 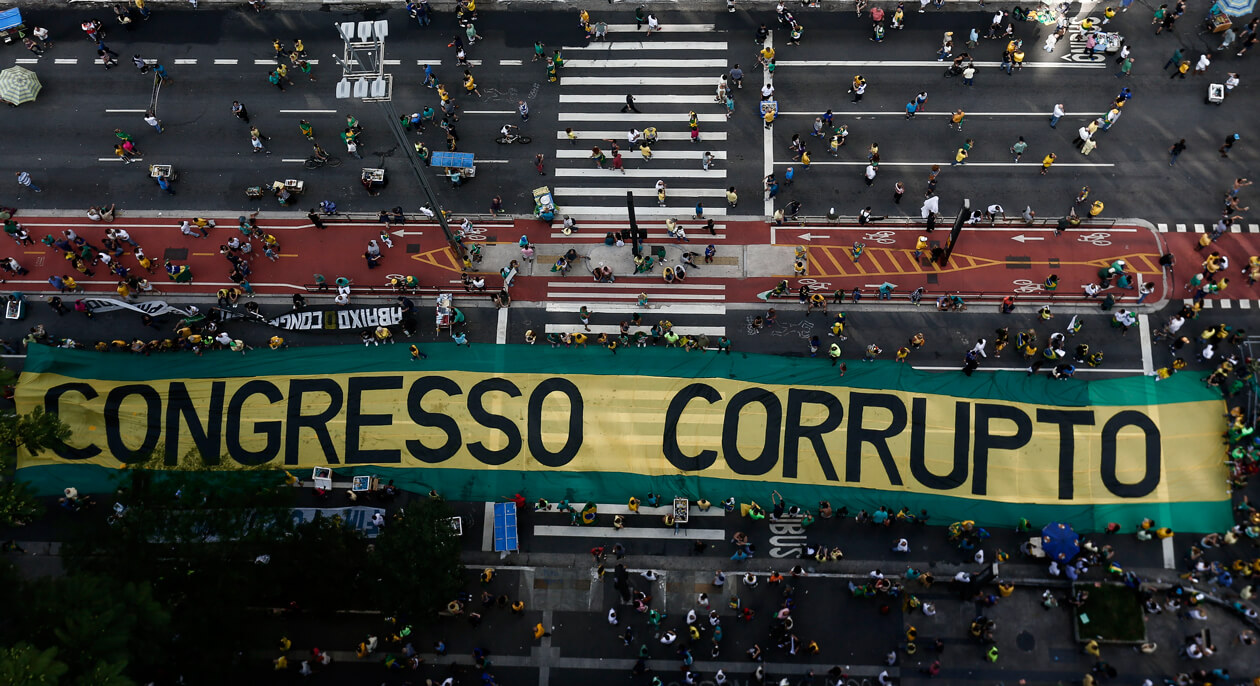 In 2016, the Panama Papers put some of the world’s most popular offshore-banking locations under a bright and uncomfortable spotlight. The remarkable leak—11.5 million files from the database of the world’s fourth-largest offshore firm—implicated 143 politicians, including twelve national leaders. Three years later, the fallout is still ongoing. Globally, countries have tightened banking regulations, increased transparency, and collected more than $1.2 billion (US) in fines and back taxes from those who exploited the world’s vast network of tax havens. Despite images of shady politicians, dirty corporations, and corrupt countries, it’s worth noting that offshore banks themselves are not illegal; the problem is in how people exploit them. In fact, most of the world’s top offshore-banking locations are stable countries that boast stable currencies—a large part of what makes them so attractive. Here, we look at some of the most popular offshore-banking destinations.

In 2018, one of France’s biggest companies was accused of complicity in crimes against humanity. Did it finance terrorist groups in Syria? 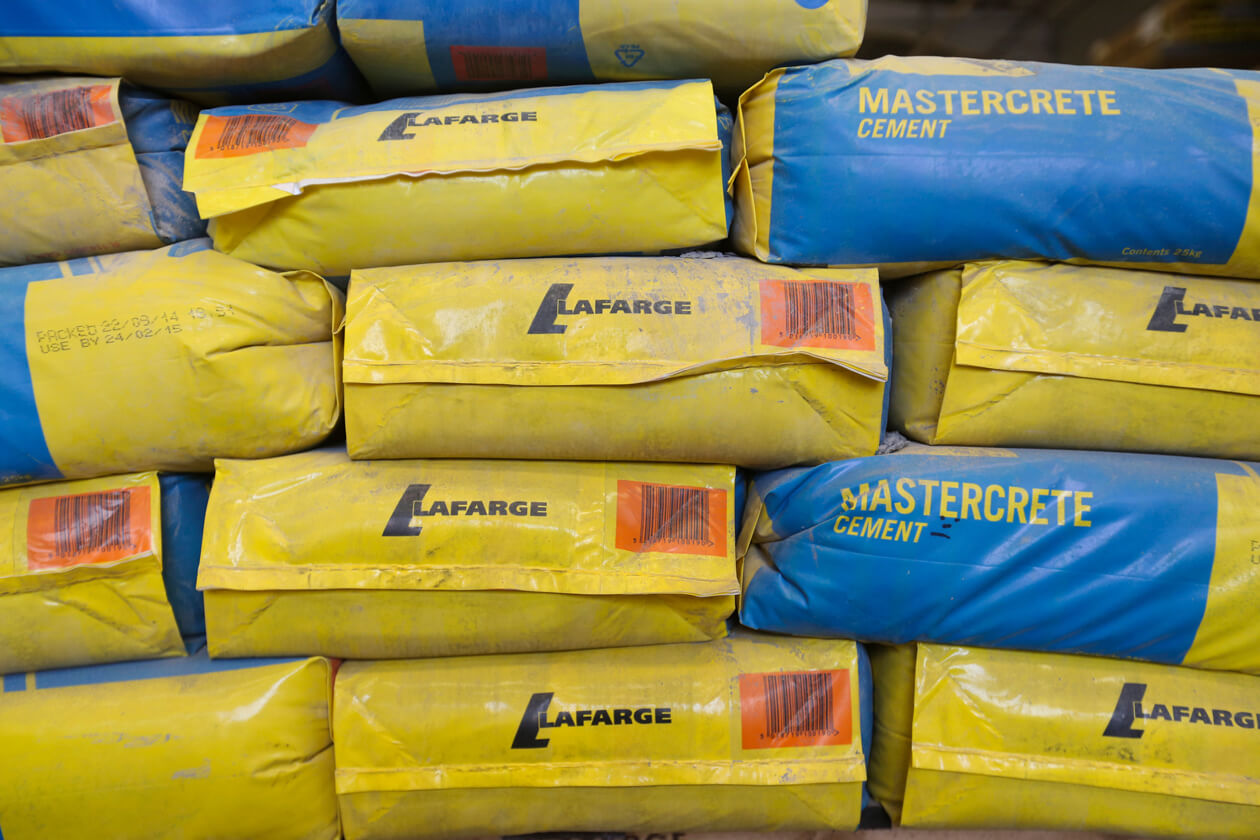 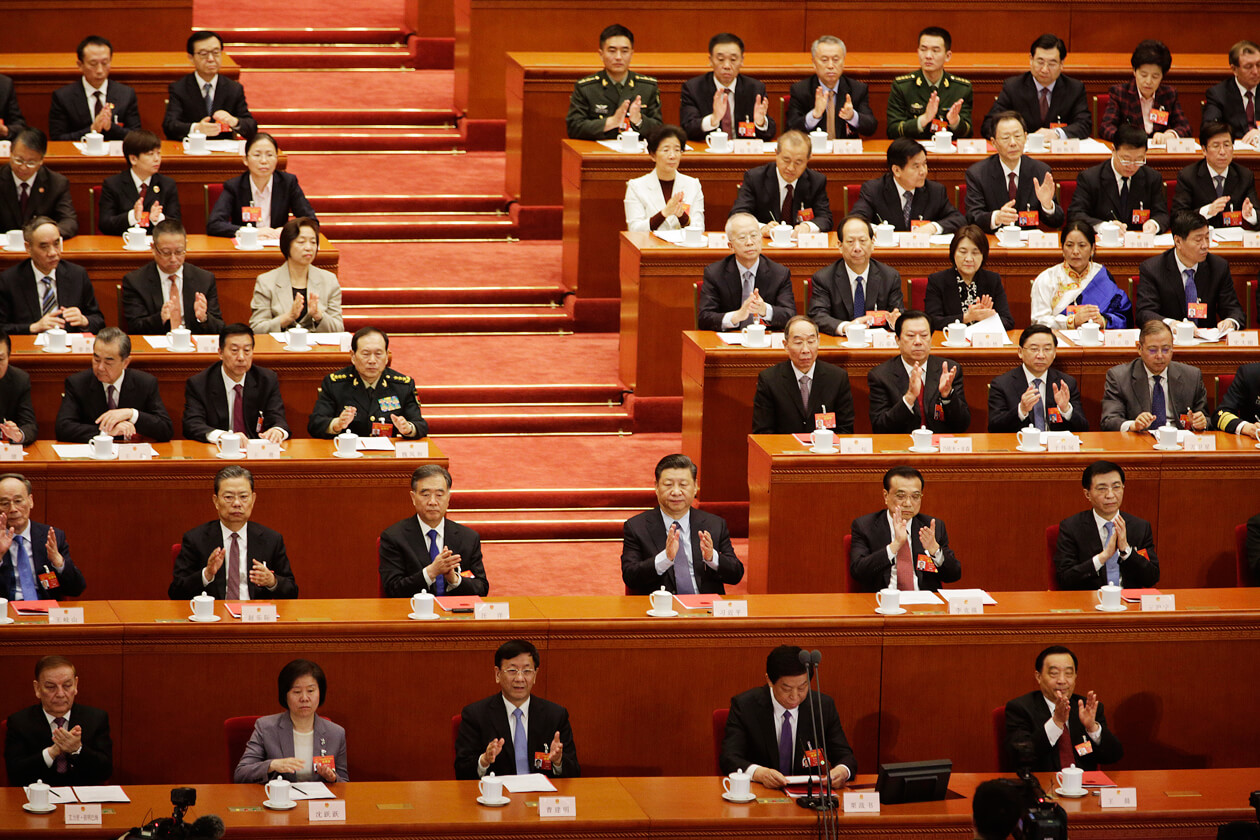 Six years ago, the Chinese Communist Party promised to weed out corrupt government officials. Instead, it largely used the crackdown to target political enemies

Sometimes companies cook the books. Sometimes shareholders inflate the stock. Welcome to some of the most common fraud schemes 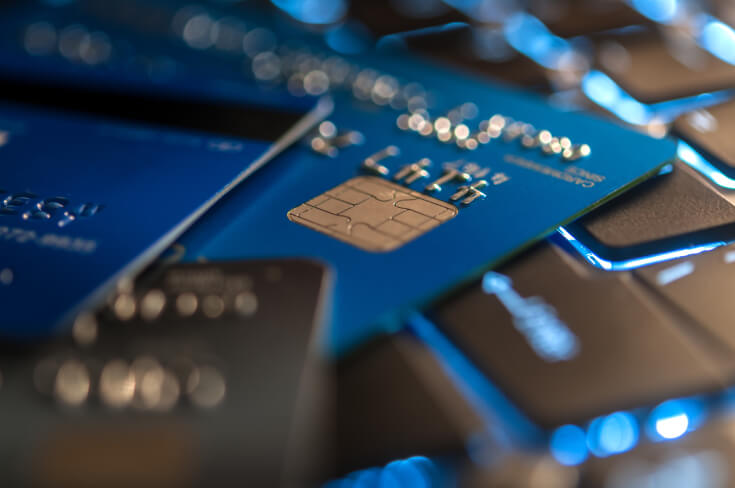 More from The Walrus archives on corruption:

Why Corruption Killed Dreams of a Better South Africa

Twenty-five years ago, citizens hoped a postapartheid state would be a fresh start. Today, political and business leaders stand accused of money laundering and bribery 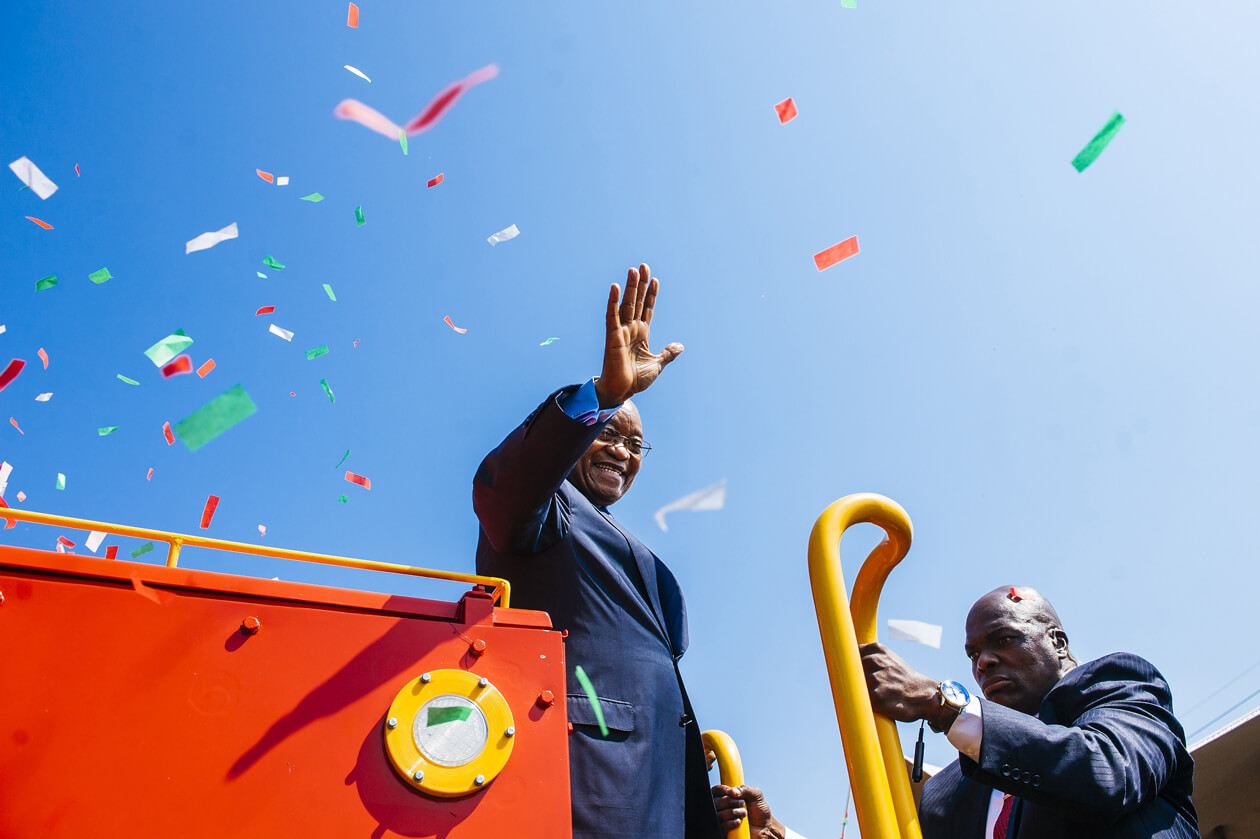