Why did SNC-Lavalin Spend Millions on Escorts, Hotel Rooms, and Liquor? | The Walrus
Skip to content 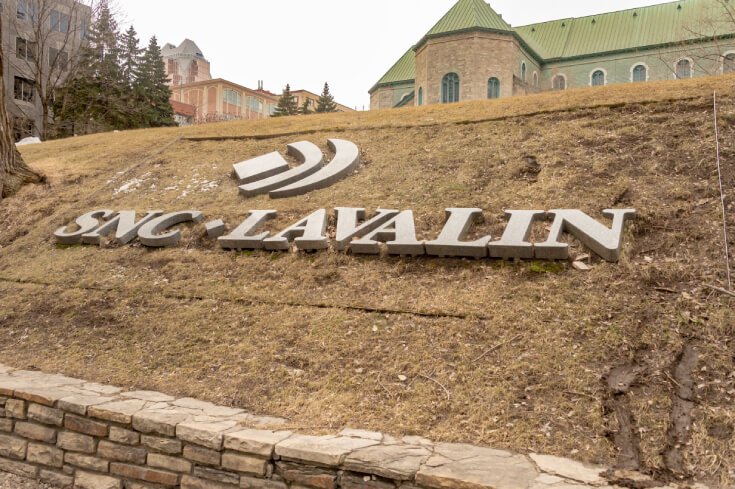 SNC-Lavalin has had a terrible, horrible, no good, very bad year. In February, the global engineering behemoth ran into trouble at home, after the Globe and Mail reported that members of the prime minister’s inner circle, along with the country’s top bureaucrat, had pressured the country’s then minister of justice and attorney general to grant the company a “remediation agreement.” Should such a thing have been granted, SNC would have avoided myriad fraud and corruption charges stemming from its Libya operations and carried on as one of the leading builders of infrastructure in the world.

For many observers, SNC’s cozy relationship with Canada’s federal government showed the power and cultivated sense of impunity matched only by the alleged shadiness of some of its business dealings. According to the RCMP, the company and two of its subsidiaries handed out nearly $48 million in bribes to officials in Moammar Gadhafi’s government between 2001 and 2011. At the same time, according to the RCMP, the company also defrauded the Libyan government of roughly $130 million. SNC also thoroughly indulged Gadhafi’s son Saadi during the latter’s visit to Canada in 2008: according to a La Presse report, the company paid for liquor, sexual services, hotel rooms, and a security detail for Moammar’s third son, not to mention Raptors tickets and box seats to see the Spice Girls. All told, Saadi’s lurid romp through the Great White North cost the company nearly $2 million.

Perhaps worse were some of the projects SNC had secured from Gadhafi’s institutionally homicidal regime, allegedly as a result of such dubious lobbying efforts. In 2010, with Gadhafi’s blessing, SNC designed and began building a $275 million prison complex in the suburbs of Tripoli. Guryan Judicial City was to be Libya’s “first detention centre to comply with international human rights standards,” according to the SNC spiel of the day. But many observers were understandably circumspect, if only because of the Gadhafi regime’s tendency to kill, maim, arbitrarily detain, and otherwise “forcibly disappear” the country’s political dissidents. True to form, Saif Gadhafi referred to anti-Gadhafi rebels as “rats” in 2011—particularly notable, given Moammar’s second son’s reputation as a pro-Western moderate. (SNC’s relationship with the Gadhafi regime ended in 2011, when those very rebels hauled the titular despot out of a drainage pipe and executed him, and the company denies any wrongdoing ever took place.)

SNC was also found to have acted decidedly below board in its home base of Montreal. In 2010, SNC-Lavalin was part of a consortium that won a $1.3 billion contract to design and build the McGill University Health Centre (MUHC), the city’s English-language superhospital, a project that ended up being several months and $172 million over budget. The MUHC fiasco, subject to what one detective called “the biggest fraud and corruption investigation in Canadian history,” had many elements of a pulp novel: graft, corruption, briberies, and an obliging city official. One of the project’s more enduring additions to the Montreal skyline is its parking garage, which, despite sitting well above the ground, was categorized as “underground” by a city planner…who was also on SNC-Lavalin’s payroll. This designation allowed the SNC-led consortium to secure a lower bid.

In 2012, SNC president and CEO Pierre Duhaime was arrested shortly after resigning from the company. Last February, he pleaded guilty to helping a public servant commit a breach of trust in relation to the company’s bid. He was found to have ignored information that SNC vice-president Riadh Ben Aïssa was in contact with a hospital executive at the time of the submission. (In 2018, Ben Aïssa pleaded guilty to using a forged document.)

Though SNC executives heralded Duhaime’s exit as a sea change in its corporate culture, they showed little contrition following the 2015 charges levelled against the company as a result of its Libyan operations, deeming them “without merit” and vowing to fight them in court. But, behind the scenes, the company was scrambling. Already, its misadventures in Bangladesh, where it was found to have paid bribes and misrepresented contracts, had netted it a ten-year ban on bidding for World Bank–funded projects in 2013. It could scarcely afford the monetary and reputational consequences should it be found guilty in a Canadian court. It instead attempted to avoid court altogether.

In February 2016, when Justin Trudeau’s Liberal government was all of four months old, SNC lobbyists visited François-Philippe Champagne, an influential Quebec MP recently named parliamentary secretary to the country’s finance minister. So began SNC’s intense lobbying effort to change the Criminal Code to include “remediation agreements.” Also known as deferred prosecution agreements (DPAs), remediation agreements are common in many countries. The negotiated settlement holds corporations accountable for wrongdoings without having to drag them to court. The corporations must accept responsibility for their misdeeds, pay fines, return ill-gotten booty, and put compliance measures in place to ensure offences aren’t repeated.

In the US, where the use of such agreements has increased since the early 1990s, they are often seen as a win-win: the government can enact reforms within corporations while the corporations themselves avoid the financial bruises associated with a trial. Just over two years and some fifty-one lobbying visits to elected government officials later, SNC-Lavalin got its wish. In June 2018, remediation agreements were enshrined into Canadian law.

And then, three months later, the bad news: Canada’s public prosecutor deemed SNC unworthy of a remediation agreement. There are likely many reasons why. According to the Criminal Code, the public prosecutor had to consider the “nature and gravity” of the company’s alleged Libyan misdeeds, along with the “degree of involvement” of its senior executives. The resignation and subsequent arrest of Duhaime and Ben Aïssa probably didn’t help the company’s cause much either.

With its lobbying effort ultimately unsuccessful, SNC executives tried veiled threats. A guilty verdict “would effectively lead to the end of SNC-Lavalin as we know it today,” read part of an SNC PowerPoint presentation to prosecutors last fall, leaked to the Canadian Press in March. The company would déménager its head offices from Montreal to the US, spin off its non-Libya-related subsidiaries into a new entity, and slash its entire Canadian workforce.

For Trudeau’s Liberals, such a move would be doubly disastrous. Not only would it oversee the loss of some 9,000 well-paying jobs, but SNC’s disappearance from Canada would thoroughly irk Quebec—a province key to Liberal political fortunes in the upcoming October election. Prime Minister Trudeau was understandably motivated to ensure this didn’t happen. “He is quite determined, quite firm, but he wants to know why the DPA route, which Parliament provided for, isn’t being used,” said Michael Wernick, then Canada’s top bureaucrat, in a December call to Jody Wilson-Raybould, then justice minister and attorney general, which she surreptitiously recorded. “And I think he’s going to find a way to get it done one way or another.”

But Justin Trudeau didn’t get it done.

Despite his entreaties and those of senior government staff, minister of justice and attorney-general Jody Wilson-Raybould steadfastly refused to interfere in the case, leaving the Public Prosecution Service of Canada to pursue charges against the company. The details of the affair, which dripped out in the Globe and Mail and other media outlets as a closely scrutinized political soap opera, had a shotgun-spray effect for nearly everyone involved, resulting in Wilson-Raybould’s resignation, a major scandal for Trudeau’s Liberals—and the virtual certainty that SNC-Lavalin will face the very charges it so diligently lobbied to avoid.

“The SNC-Lavalin affair,” as it quickly became known, wreaked immediate havoc on the government, with weeks of scathing headlines and televised hearings. And then, just as the scandal seemed to die down, a report by the country’s conflict of interest and ethics commissioner, released in August, ruled that, in attempting to help SNC-Lavalin secure a remediation agreement, the government had contravened the Conflict of Interest Act by trying to lean on Wilson-Raybould. “I have no doubt that the result of Mr. Trudeau’s influence would have furthered SNC‘s interests,” Mario Dion wrote. “The actions that sought to further these interests were improper since the actions were contrary to the constitutional principles of prosecutorial independence and the rule of law.”

At first blush, it may seem that a prime minister intervening on behalf of a major employer barely qualifies as news, let alone a scandal. But SNC-Lavalin’s apparent sway with the Canadian government, maintained despite its corruption-addled nature, nevertheless shows how a company’s size and economic might can threaten both the enforcement of laws and a country’s international reputation. “That is where the scandal is,” wrote National Post columnist Andrew Coyne. “Less in the scandal itself, than in the attempts to pretend it is not a scandal. Why is prosecutorial independence such a big deal? Simply because power, unchecked, tends to be abused.”

Meanwhile, the institutional comeuppance of what was once Canada’s largest engineering firm continues unabated. The company is on its third CEO since 2015. Its stock price has decreased by about 65 percent since the scandal broke in January, a tumble accelerated by disappointing quarterly results in early August. Worse still, the scandal has virtually guaranteed that the company won’t benefit from a remediation agreement for its alleged Libyan sins; for any government, even speaking of SNC’s importance to the Canadian economy is a high-risk proposition.

Should SNC be found guilty, it will face a potential ten-year ban on bidding for federal government contracts—a core part of its business. This would likely have a negative effect on its ability to bid on international contracts as well. For its part, the company has announced it will plead not guilty to the charges and has promised a vigorous defence in its upcoming trial. Ordered, in May, to stand trial, the company has elected for judge-only proceedings. 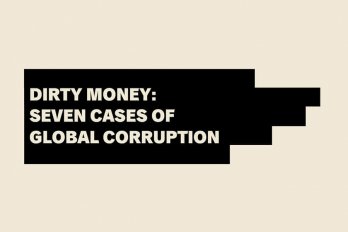 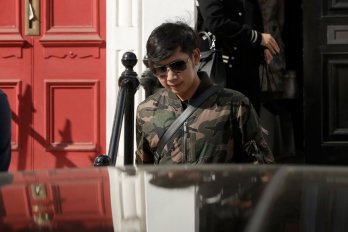 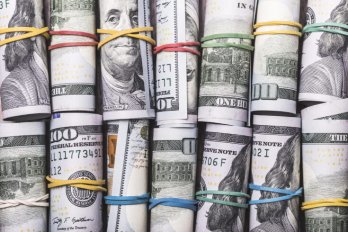 A Crash Course on Money Laundering