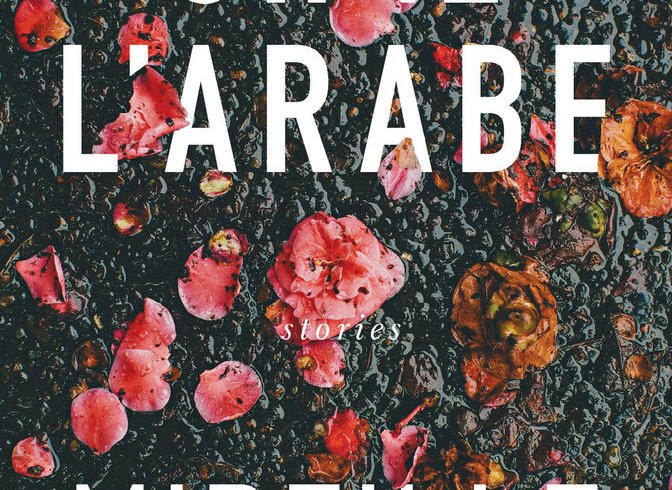 It was the year of our tenth anniversary when Antoine and I separated. I stayed in the house and he occupied a loft in Old Montreal, an outdatedly slick place with a rain shower and an ostentatious spiral staircase that ascended into a bedroom by way of a round opening barely wider than shoulder width. In better times, Antoine’s advertising agency had used this condo to put up art directors and executives when they came to Montreal for longer stretches. One could imagine them, Germans in zippered black sweaters, muttering mantras on form following function while trying to get their suitcases to the second floor.

I visited him there after a few months. His bags were messily half full in the corner of the living room and there was an extra-large pizza box in the fridge with a fork and knife left in for repeated use. Cutlery in the pizza box had been a mainstay during Antoine’s university years. Now I wondered whether it was a live habit that he’d been suppressing throughout our marriage.

“I am waiting for you to figure your shit out,” he said.

He was waiting. Like a person waits for a bus, he was waiting, safe in the knowledge that, tick-tock, soon enough, the bus will arrive.

It was children he wanted.

He would say it and I would get an empty-bowlish feeling in my gut, a rolling echo, a valley of not yet.

“And what do you have going on, anyway? ” he asked.

I had an idea that, with Antoine gone, other things would expand. I had a book that had built itself up in my mind as being some kind of portal. But now I’d spend mornings raking through the first drafts of first chapters, looking for a live coal, and every paragraph trailed into ash. I’d brush myself off midsentence to online-shop for vintage skirts and interesting things I might frame and put over the toilet. The doorbell rang and it would be another pencil skirt that didn’t fit properly, another precious print that was clearly a photocopy. But I told Antoine that my boredom, my non-starting, felt somehow gravid. Like if I held on, something would manifest.

Antoine said it was all about becoming a mother, those feelings. Something will manifest? What else could it be? Gravid?

Even the most uninterested strangers can get the breeze off the childless thirty-eight-year-old woman’s biological pendulum; time like a wagging finger, on this side, a life, on the other, some curdling mystery.

It’s hard not to be swayed by this kind of consensus.

When Antoine moved back in, his shoulders were squared with a sense of mission. We had come to an agreement: fruition. We engaged in the necessary sex—one day on, one day off, to give the lifebloods a chance to regenerate. On weekends, we visited friends with babies as a retrenching activity, folding our legs on play mats studded with crazy talking cows and chunky wooden puzzle pieces. I was okay on these outings, sometimes even fizzing, elated—there were people with young children. Skies did not fall—but on the way home I would feel a gathering in my chest. I’d make Antoine stop for wine, for twelve-dollar fashion magazines, for cigarettes, having become all welled up with newly urgent ideas, sharply possible in the instant of their conjuring:

“You know, I’ve never been to Berlin. I’ve heard amazing things about those house-trade sites. You can do months, full seasons. Or what about Barcelona? ”

My gynecologist had some mild reservations about my uterus, which she described as “hanging back.” Antoine and I were soon visiting a fertility clinic, just in case. The clinic was in the old, decrepit English hospital on Mont Royal, a sharply turreted Victorian pile that looked like the hell side of universal medicine, this horned building. Manoir Frankenstein, I called it, rolling my eyes back and sticking out my arms rigidly before me, until Antoine told me to stop. The questionnaire we were given at our first visit was like a surgeon’s magnifying lamp unapologetically aimed. How long have you, as a couple, been trying to conceive?

Two months? Two years? What does it mean, trying?

“Any birth control in that time? ” asked the doctor.

I should have been glad we’d landed this doctor, hand patting, but still in ownership of a sense of duty. He wore a coercively cheery chick-yellow tie with tiny green trees on it. If you squinted, it looked like a herb omelet had flown onto his shirtfront, care of Hermès.

Sometimes, during more beastly arguments, I said to Antoine that we were at the clinic for a failing sex life—offering up our flattened, tracked-on desire as a medical issue. But the doctor soon found that only one percent of Antoine’s sperm were moving.

When Antoine heard this, he turned to me and said, See?

The doctor told Antoine that acupuncture might be marginally effective. A urologist could loosen some knotted veins in the testes, which sometimes helped in some minor way.

“But anything we do to Monsieur is just caressing the issue, playing nice. If you don’t want to lose time, then we should just find the few most active sperm in Monsieur’s sample, and do everything through Madame by in vitro fertilization. Statistically, this is by far the strongest option.”

The doctor had photos of his children in carefully chosen frames on the dark bookcase beyond his desk. His children looked Asian, and, given the doctor’s whiteness, and his specialty, this made one extremely curious to know whether the mother was also Asian. Near the picture frames, there was a kid’s handmade card, wax crayon pressed hard into construction paper, Papa + Isa + Olivier + Maman = Amour.

Mireille Silcoff is the author of the award-winning short story collection Chez l’arabe. Her work regularly appears in The New York Times Magazine and the Guardian. She is currently writing a book-length essay titled “On Illness” as well as a new novel. She lives in Montreal.