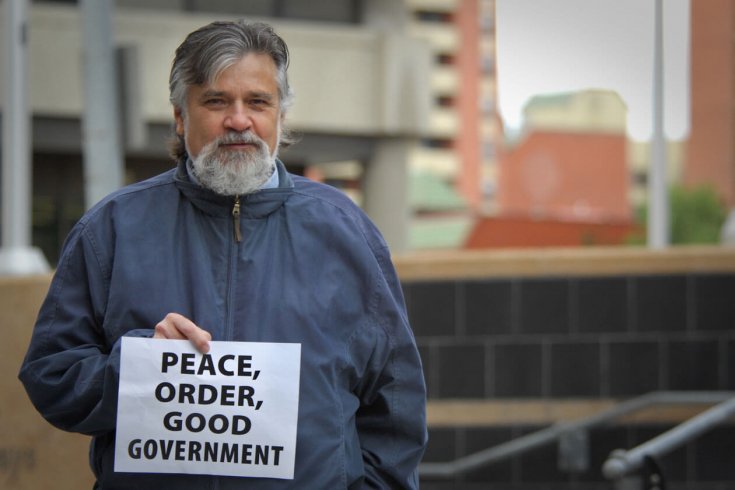 Nick Kouvalis, the campaign manager for Conservative leadership candidate Kellie Leitch, has resigned. In a Facebook post Thursday evening, Kouvalis wrote that he is stepping down “because it has become clear that I have become a distraction to the campaign.” It was a notably restrained exit for a man whose claim to fame was introducing Canadian media to the word “cuck” through an unhinged tweet aimed at a political science professor earlier this year.

Kouvalis was an architect of the mayoral victories of Rob Ford and John Tory. His brand of brash populism, combined with a talent for targeting so-called “low-information voters,” made him a sought-after campaign manager. And if you have not heard of him, you may be familiar with his work on Leitch’s key policy platform: the idea of screening prospective immigrants to ensure they possess “Canadian values.”

In many ways, Kouvalis embodies the style of politics now ascendant in the United States. He’s aggressive. He turns policy into aphorism (stop the gravy train!). He panders to fear. And he actively sows disinformation on Twitter. For some, his resignation will be read as another sign that “it can’t happen here.” The fact that the Kouvalis brand is too vile for prospective Kellie Leitch voters is yet more proof that it would never appeal to mainstream Canadians.

A recent New York Times article by Linda Greenhouse describes how a Reagan nominee for the Supreme Court, Robert Bork, was rejected because he was not “mainstream” enough. In the wake of his hearing, a bipartisan consensus appeared to emerge about what an acceptable candidate’s positions on the important issues should be: gun ownership (not protected by the second amendment), abortion (included as part of the right to privacy), and civil rights (a valid and necessary set of laws). It’s difficult to overstate how completely things have changed since then. “The past 30 years,” Greenhouse writes, “have shown that consensus to be evanescent, if it ever really existed.”

The current US political climate is a cautionary tale Canadians would do well to note. A narrative of Canadian exceptionalism—the idea that this country is a land of tolerance and big-tent, moderate parties—has begun to emerge. It is true that Canadians as a whole seem less receptive to dog-whistle politics. In the last election, Stephen Harper’s promise to establish a “barbaric cultural practice hotline” attracted more scorn than praise. But the argument that Kouvalis, or someone like him, cannot succeed here at the national level is based solely on the fact that it hasn’t yet happened.

US politics is becoming more radical. Donald Trump’s administration has enacted a series of increasingly repugnant orders. But an organized resistance has begun to take shape. Meanwhile, in Canada, there is a sense of complacency about our own government—not so much the Trudeau government itself, but something essential about the Canadian attitude that is diametrically opposed to a discourse primarily defined by race, religion, and fear. There’s something unpleasant about this assumption, like a healthy person gloating over the bed of a sick man, secure in the knowledge that we’ll never suffer our own infirmity.

Kouvalis may have resigned, but the ideas he champions still exist, and Leitch is still considered a front-runner for the Conservative leadership. According to polling conducted in late 2016 by Kouvalis and his business partner Richard Ciano, the 100,000 people who will vote for the new Conservative leader are, on average, white, male, and sixty-six years old—an audience, as Maclean’s points out, that is probably more receptive to the message of “Canadian values” than most. It may be that nationalistic populism will be a challenging sell to the rest of the country—but it would be a mistake to assume that it can’t happen here.