A Multicultural Ideal, and a Difficult Reality | The Walrus
Skip to content 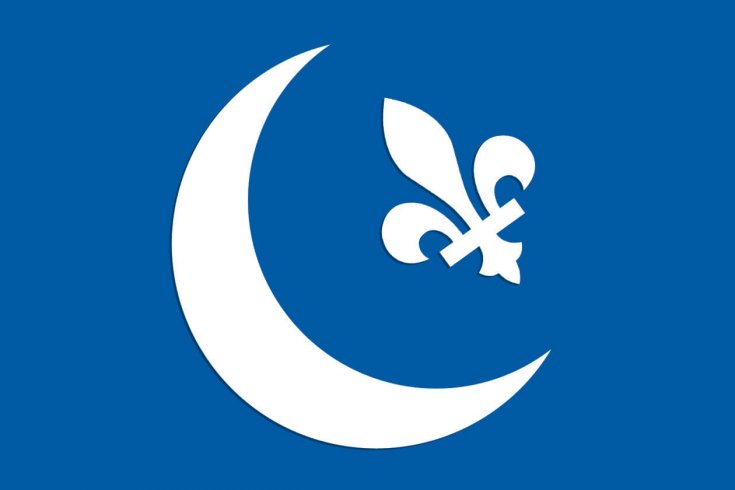 I am the Muslim daughter of immigrants from Algeria, and I am one of the lucky ones. I was born in Canada. I was raised with multiple identities, multiple passports, multiple celebrations of my past and present heritage. I sang our national anthem in French daily in elementary school, then in English in high school. I shared Eid desserts with my non-Muslim classmates and neighbours. My best friends fasted a few days of Ramadan with me, wanting to share in this spiritual experience. On July 1, our Muslim family decks itself in red and white and washable maple leaf tattoos to celebrate Canada Day, watching fireworks light up the sky. Then, four days later on July 5, we celebrate Algeria’s independence day with a barbeque and friends, playing soccer and soaking up summer.

My portrait of Canada mirrors a multicultural ideal, but it has also been a difficult reality.

My first experience with overt Islamophobia was in my early teens in Quebec City. My grandparents were visiting from Algeria, so we decided to take them on a road trip, hoping my grandmother’s arthritic knees could withstand the old Quebec stone stairs.

My mother’s best friend—effectively my auntie—drove us from our home in the Ottawa side of the Ottawa-Gatineau region, at the border with Quebec. We stopped at a red light, happy to be at our destination. A car stopped in the lane to our right. Inside, a man cranked open his manual window before yelling for us to go back to where we came from, en français. I guess he didn’t know that my auntie, who wears a hijab, is a proud French Canadian convert to Islam whose ancestors arrived in Canada in the 1600s, that I was born and raised in our country’s capital, and that my first official language was French.

More than once, I looked in the mirror and wondered whether I belonged in Canada. I became skilled at ignoring, at forgetting, at forging ahead.

My aunt was not surprised by his hateful words. I remember feeling no doubt that his hate was at our being Muslim. I packed the memory away and tried to forget.

In the years since that red light rage, I have seen just how present racism and Islamophobia are in Canada, not just in Quebec. Quebec, perhaps more than other provinces, may be having an identity crisis. In seeking to assert and protect its rich Francophone identity, it often operates in an us-versus-them framework where xenophobic policies may be more easily superimposed. The proposed Bill 60 Quebec Charter of Values in 2013 served to highlight a xenophobia many Muslims and other minorities already lived with on a daily basis; the debate around the Charter led to a significant rise in ethnic and religious discrimination in the province. In 2014, a woman was attacked on a Montreal metro by a stranger forcibly pulling her hijab. In 2015, a pregnant Muslim woman was pulled to the ground in Montreal by teens also trying to rip off her hijab. Many Muslims felt unsafe.

Racism and Islamophobia weren’t new to me before I moved to Quebec in 2016 to complete my residency training to be a family doctor. I grew up and spent most of my life in Ontario. There, too, I have been asked to go back to my country (again), this time from a red car driving down my quaint university campus. A referee barred me from my high school varsity soccer game for wearing my (regulation-approved) hijab. I have been called a terrorist more than once. I no longer wear the hijab, in part because of the Islamophobic climate. More than once, I looked in the mirror and wondered whether I belonged in Canada. I didn’t talk about it much; I remember occasionally trying to talk about it only to be told it wasn’t so bad, that this stranger called me a terrorist out of his own insecurities, that it wouldn’t happen again. But it did. I became skilled at ignoring, at forgetting, at forging ahead.

Islamophobia is a daily experience for Muslims across Canada, especially those who are more readily targeted for wearing the hijab, for example. The discourse around policies at the federal level, like former Prime Minister Stephen Harper’s proposed ban on the niqab at citizenship ceremonies, helped generate and fuel this xenophobia. In 2015, a Peterborough mosque was set on fire. That same year, a Toronto Muslim woman was punched in the stomach and face, called a terrorist, and robbed of her belongings on her way to her children’s school. In 2016, it was a Hamilton mosque that was set ablaze. A few months ago, in November 2016, two Muslim women were threatened with a noose on an Edmonton public transit station. These are but a few examples.

My mother and my auntie were in Montreal visiting me earlier this fall. We’d had a wonderful dinner and were enjoying a stroll in the busy Old Port at night. Two men behind us sneered at my mother and aunt, loudly insulting them about “that thing on their head.”

We ignored them and walked along, not allowing their hostility to ruin the night.

I’ve been reluctant to talk about these Islamophobic events over the years. Other than with a few friends who have experienced similar and much worse incidents, I have kept them confined in my mind. I haven’t told my parents much of it, not wanting to worry them about my safety or threaten the tremendous sacrifices they have made for my future.

I remember after a particularly hateful slur was yelled at me on my university campus, I stood on the sidewalk shaken. A university administrator just happened to be walking by, and witnessed the event. It took all my energy to convince her that I just wanted to forget about it, get to the library, study. I kept quiet under pretense of not wanting to respond to a bully, of wanting to lead by the example of hard work, modelling what I hope it can mean to be a good Canadian and a good Muslim.

But the truth is I kept quiet not for my own sake, but for the sake of preserving my idea of Canada.

As a Muslim, I know better than to generalize the hate of a few. This past week, I attended a vigil in Montreal in memory of the victims of the terrorist attack at the Quebec Islamic Cultural Centre. There, I found a new kind of silence, the comforting silence of remembrance and love.

The attack in Quebec City highlighted a fragility I never openly acknowledged before. If the treatment for a phobia is exposure, look around: we are your neighbours, your nurses, your teachers, your doctors, your bus drivers, your engineers. This country is our shared home.

My idea of Canada has changed in the last few years. It is one no less full of love, kindness, and compassion—but for the first time, I can acknowledge that it is at once the Canada I love and the Canada where I have been deeply hurt. I am the Muslim daughter of immigrants and a daughter of Canada. Despite the cracks, in holding a mirror to my country, I still see myself and I still see hope.