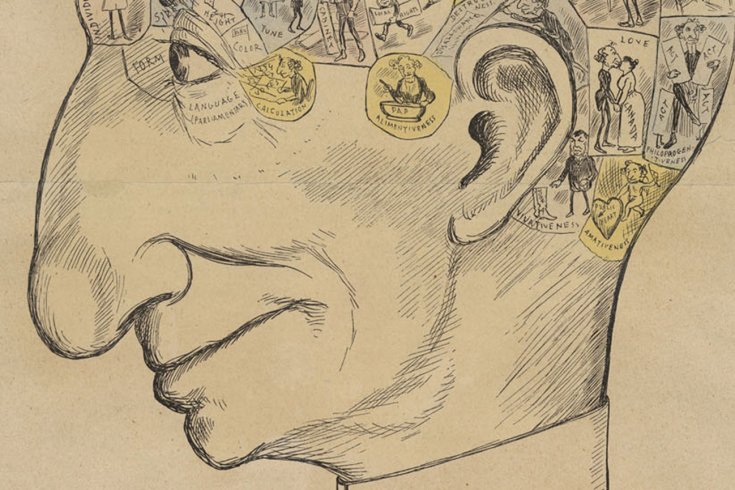 Stephen Marche’s article about our first prime minister (“Old Macdonald,” January/February) may impress some readers with its sweeping, condemnatory tone. But look behind the attention-getting claims—the display copy tells us “Sir John A. was a racist, a colonialist, and a drunk”—and one finds gaping holes in Marche’s interpretation of Canadian history.

Marche’s first salvo is a yawn: Macdonald was “corrupt.” True—but so were almost all politicians in that era. Macdonald certainly was “a drunk,” too. So as not to spoil the story, though, Marche doesn’t add that Macdonald quit the bottle, an excruciatingly difficult accomplishment even today.

Then Marche gets nasty. Macdonald, he tells us, was a “racist” who implemented policies toward Aboriginal peoples that were “genocidal.” In fact, he argues that Macdonald irrevocably damaged not just First Nations, but the fabric of our entire country: “Our national vision is so compromised, so utterly lacking in any idea . . . that the mess our first prime minister left behind has spiralled into a series of crises that may never be resolved.” Among those crises, he cites “the spectre of Quebec separatism,” and concludes, “[Macdonald] was the father of the country, sure. But he was the father of the country we don’t want to be.”

Poor little us, so helpless before this devious, cynical, power-mad leader.

The charge that really matters, of course, is that Macdonald was a racist. His immigration policy, in particular, often is cited as evidence against him. It’s true that he doubted whether Chinese migrants would readily assimilate into such a different country, particularly one divided deeply by race and religion. It’s also true that he continued a head tax on Chinese temporary workers. But as I have written elsewhere, he preceded this with a Royal Commission that told the country’s racists what they least wanted to hear: that the Chinese were “not an inferior race” and were very good workers. Chinese migration was stopped not by Macdonald but by Wilfrid Laurier, who increased the head charge from $50 to a prohibitive $500.

In fact, despite the far superior attractions of the United States, Macdonald managed to attract non-Anglo immigrants (Mennonites, for instance) and was ecstatic when a group of Jews landed on Canadian shores.

Marche’s general condemnation of Macdonald as a racist simply doesn’t fit the man’s character. The term brings to mind the image of a grumpy misanthrope. Macdonald couldn’t have been less like that. He was very, very funny. He was well read—not just the political stuff, but also novels (Trollope was a favorite)—and could rattle off fine poetry by heart.

Getting on well with women doesn’t constitute proof of a man’s enlightened sensitivity, but it’s a good start. Women adored Macdonald, both because of his unflagging tenderness to his disabled daughter and because of his humour. The poor, too, loved him—enjoying jousts with him in pubs and being quite unbothered that he denied them the vote on the grounds that, lacking the steadiness of those who owned property, they might unleash “mob rule.”

Macdonald was capable of far-sighted, progressive thought. He was the first world leader—this was in 1885—to attempt to extend the vote to women. He got nowhere on that, but warned shocked MPs that women would anyway, sooner or later, “completely establish [their] equality as human beings.” He urged English Canadians to treat French Canadians “as a nation.” By doing so, he said, “They will act as a free people generally do, generously. Call them a faction, and they will become factious.” His was a capacity for generosity no prime minister could match for a century.

In the past few years, a cluster of commentators have charged Macdonald with deliberately starving Aboriginal peoples to get them out of the way, to make way for the railway. Or even with full-blown genocide. Hard questions do need to be asked about what he did when the Plains Indians’ food supply vanished with the disappearance of the buffalo. But conspicuously missing from many accounts of this story is how Macdonald did a great deal for Native communities—and did it far better than those before and, for a long time, after him.

His first direct encounter with the Plains Indians was in 1873. He sent to the West a new institution he had created, the North West Mounted Police, and gave it two mandates: One was to wipe out the US-based liquor trade that wreaked havoc among Native communities, often leading to deadly fights. The other was to impose the rule of law throughout the West. This contrasted with the brutal rule of the white man’s gun, which held sway south of the border. Both mandates were implemented; and, as long as they lasted, had no equal.

It didn’t last. After the buffalo had been extinguished, Macdonald did betray the trust of Indians by giving far less attention to their urgent needs than to his railway. But he had other challenges, the scale of which rarely is mentioned.

Canadians then were suffering an all-out economic depression. Huge numbers were leaving the country for better job prospects in the United States. The remaining residents, many depressed and struggling, were in no mood to be generous. Liberals seized the opening and incessantly criticized Macdonald for giving food to Indians, arguing that this would turn them into permanent dependents of the government.

A key complicating factor of the time is almost impossible to appreciate now: In the nineteenth century, and for decades afterwards, Canadian governments did nothing to help anyone without a job or a home, or who was sick or injured. Charity was the responsibility of the churches.

Many who read these exculpations of Macdonald’s actions will dismiss them as irrelevant to what we now regard as the key issue—the unconscionably impoverished state of many Aboriginal communities today. This attitude is wholly justified. But it highlights the fact that most of Macdonald’s critics aren’t concerned primarily with his long-ago era, but with our own.

In recent decades, Canadians have been making a great moral choice: As a society, we are increasingly united in the opinion that the status quo for many Aboriginal peoples is unacceptable. The relationship between First Nations and the federal government, activists declare, must be radically redone.

Here, Macdonald makes the perfect scapegoat. The man’s long dead; and while alive, really was corrupt and a drunk. This liberates us to transfer to him responsibility for the deep sense of guilt we feel about the treatment of First Nations, past and present.

This is self-delusion. While Macdonald did make mistakes, so did Canadians, collectively. From the end of the nineteenth century on, we became passive observers of what was happening to Native communities. We even managed to pretend that the “Indian Problem” had been solved by Aboriginal peoples themselves. They (by their own choices, we liked to imagine) were already vanishing from Canada by a combination of a decline in numbers, and assimilation. So they no longer needed to be talked about, even noticed.

After Macdonald, early Canadian prime ministers took little interest in Aboriginal issues. History books about that period scarcely mention the actions of Native peoples. We succeeded in making them invisible.

It wasn’t grassroots activism by ordinary Canadians that changed everything (although later on, this made a real difference). The critical changes were sparked from on high. In 1969, Prime Minister Pierre Trudeau and his Indian Affairs Minister, Jean Chrétien, tabled a White Paper that promised great advances for Native people: The Department of Indian Affairs and Northern Development, which many Aboriginal peoples despised, would be shuttered. And then suddenly, the impossible happened. From coast to coast to coast, communities said no: They hadn’t been consulted. From nowhere came an eloquent, powerful voice of protest—that of Alberta-based Cree leader Harold Cardinal. Canadians actually started to listen.

Today, a different Canada now is being born, one in which Aboriginal concerns will be taken seriously, will be respected, will possess real power. It will take a long time to materialize: Macdonald’s guesstimate that his “great-grandchildren” would have to realize it was just about dead on. But it will happen, at last.

One side effect of this transformation is that, in the popular imagination, we may well lose Macdonald as a founding father. He really does make an excellent scapegoat.

We would be fools to lose him. He truly was the “Man Who Made Us” (to quote the subtitle of the first volume of my Macdonald biography). Stephen Marche’s claim that Macdonald reduced us to “the country we don’t want to be” is pure bunkum. Never in our 150 years have Canadians been more confident about, and proud of, their country. There’s a good reason for this. We are today one of the most successful nations on the globe. Virtually every comparative international survey puts us in—or knocking at the door of—the top ten in quality of life, of governance, and of living peaceably. Our immigration policy and multiculturalism programs are models for the rest of the world, or should be.

Rather than use Macdonald as a cover for our own failings, enjoy him. Without him, we almost certainly would now all be Americans. (They aren’t as bad as we often pretend they are. But they are not us.)

If Marche doesn’t appreciate any of this, he needs to start reading Canadian history.