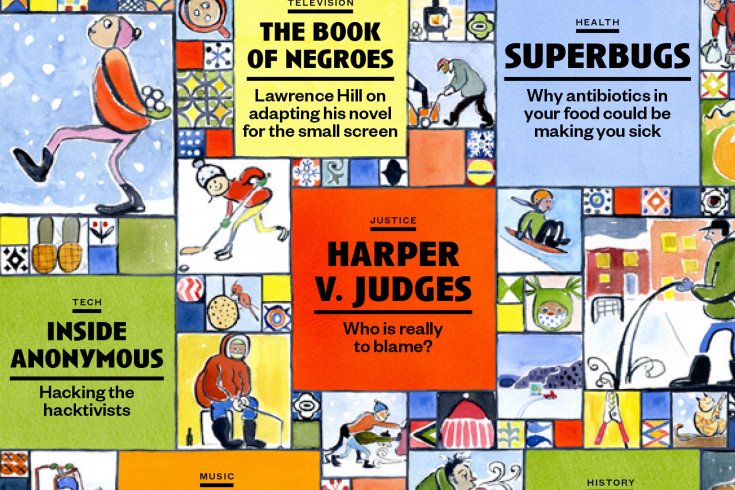 In 1994, an Alberta man lured a seventeen-year-old woman into his trailer under the pretense of a job interview. He made numerous advances on her, each increasingly sexual. She repeatedly said “no” and “stop,” but made no effort to physically repel him or leave. “I was scared that if I said, ‘No, I don’t trust you, get off me,’ or if I made a struggle, that he would force me to do something worse or he would force himself on me more,” she said at his trial for sexual assault.

According to the trial judge, “Consent may be implied or expressed, and clearly in this case we are dealing with implied consent. In any event, the onus is not on the accused to prove implied consent. The onus is on the Crown to prove beyond a reasonable doubt that there was an absence of consent.”

The judge acquitted the accused. The Alberta Court of Appeal upheld his decision.

Five years later, the Supreme Court of Canada overruled the lower courts, allowed an appeal, and entered a conviction in a landmark ruling.

Justice John C. Major: Society is committed to protecting the personal integrity, both physical and psychological, of every individual. Having control over who touches one’s body, and how, lies at the core of human dignity and autonomy.

To be legally effective, consent must be freely given. . . . The [Criminal] Code defines a series of conditions under which the law will deem an absence of consent in cases of assault, notwithstanding the complainant’s ostensible consent or participation. As enumerated in section 265(3), these include submission by reason of force, fear, threats, fraud or the exercise of authority, and codify the longstanding common law rule that consent given under fear or duress is ineffective.

The question is not whether the complainant would have preferred not to engage in the sexual activity, but whether she believed herself to have only two choices: to comply or to be harmed. If a complainant agrees to sexual activity solely because she honestly believes that she will otherwise suffer physical violence, the law deems an absence of consent. . . . The complainant’s fear need not be reasonable, nor must it be communicated to the accused in order for consent to be vitiated.

A belief by the accused that the complainant, in her own mind wanted him to touch her but did not express that desire, is not a defence.

For instance, a belief that silence, passivity or ambiguous conduct constitutes consent is a mistake of law, and provides no defence. Similarly, an accused cannot rely upon his purported belief that the complainant’s expressed lack of agreement to sexual touching in fact constituted an invitation to more persistent or aggressive contact. An accused cannot say that he thought “no meant yes.”

The accused cannot rely on the mere lapse of time or the complainant’s silence or equivocal conduct to indicate that there has been a change of heart and that consent now exists, nor can he engage in further sexual touching to “test the waters.”

Justice Claire L’Heureux-Dubé: This case is not about consent, since none was given. It is about myths and stereotypes.

In my opinion, as irrational as a complainant’s motive might be, if she subjectively felt fear, it must lead to a legal finding of absence of consent.

Although he [the trial judge in Alberta] found the complainant credible, and accepted her evidence that she said “no” on three occasions and was afraid, the trial judge nonetheless did not take “no” to mean that the complainant did not consent. Rather, he concluded that she implicitly consented and that the Crown had failed to prove lack of consent. This was a fundamental error. . . . This error does not derive from the findings of fact but from mythical assumptions that when a woman says “no” she is really saying “yes,” “try again,” or “persuade me.”

Complainants should be able to rely on a system free from myths and stereotypes, and on a judiciary whose impartiality is not compromised by these biased assumptions. . . . It is part of the role of this Court to denounce this kind of language, unfortunately still used today, which not only perpetuates archaic myths and stereotypes about the nature of sexual assaults but also ignores the law.

Justice Beverley McLachlin: The specious defence of implied consent (consent implied by law), as applied in this case, rests on the assumption that unless a woman protests or resists, she should be “deemed” to consent. On appeal, the idea also surfaced that if a woman is not modestly dressed, she is deemed to consent. Such stereotypical assumptions find their roots in many cultures, including our own. They no longer, however, find a place in Canadian law.

Justice Claire L’Heureux-Dubé: In the Court of Appeal, McClung J.A. compounded the error made by the trial judge. At the outset of his opinion, he stated . . . that “it must be pointed out that the complainant did not present herself . . . or enter his trailer in a bonnet and crinolines.” He noted . . . that “she was the mother of a six-month-old baby and that, along with her boyfriend, she shared an apartment with another couple.”

Even though McClung J.A. asserted that he had no intention of denigrating the complainant, one might wonder why he felt necessary to point out these aspects of the trial record. Could it be to express that the complainant is not a virgin? Or that she is a person of questionable moral character because she is not married and lives with her boyfriend and another couple? These comments made by an appellate judge help reinforce the myth that under such circumstances, either the complainant is less worthy of belief, she invited the sexual assault, or her sexual experience signals probable consent to further sexual activity. Based on those attributed assumptions, the implication is that if the complainant articulates her lack of consent by saying “no,” she really does not mean it and even if she does, her refusal cannot be taken as seriously as if she were a girl of “good” moral character. . . . ”

On the contrary, both the fact that [the accused] was aware of the complainant’s state of mind, as he did indeed stop each time she expressly stated “no,” and the trial judge’s findings reinforce the obvious conclusion that the accused knew there was no consent. These were two strangers, a young seventeen-year-old woman attracted by a job offer who found herself trapped in a trailer and a man approximately twice her age and size. . . .

In particular, there is, on the record, no evidence that would give an air of reality to an honest belief in consent for any of the sexual activity which took place in this case. One cannot imply that once the complainant does not object to the massage in the context of a job interview, there is “sufficient evidence” to support that the accused could honestly believe he had permission to initiate sexual contact. This would mean that complying to receive a massage is consent to sexual touching. It would reflect the myth that women are presumptively sexually accessible until they resist.