Out of Office: The Case for More Paid Vacation Days | The Walrus
Skip to content

Back in January, after a record-breaking snowfall blanketed the streets of Toronto, nine-year-old Carter Trozzolo told CTV News exactly what everyone has been thinking for the past two years. Bundled from head to toe in winter outerwear, shovel in hand, he was out to clear the knee-deep snow from the sidewalk. When a reporter asked the bespectacled third-grader how he felt, Trozzolo let out a melodramatic sigh of exhaustion that would bounce off the edges of the internet and reverberate around the world.

The interview went viral because of how it captured the very sincere, very real exhaustion many of us have been experiencing. Apparently, we just needed a child to express it for us. Thanks, Carter.

At the start of the pandemic, many thought of COVID-19 as a sprint that would last a few months, tops. Instead, it has turned into a marathon. Everyone is tired. People around the world have made their way through the unemployment and underemployment gauntlet. Health care workers and other front line staff are burned out. Parents are dealing with shifting child care needs. Those working remotely can have trouble logging off, living at work rather than working from home. And this is all on top of the ever-changing pandemic rules and restrictions and the constant effort to stay healthy—both physically and mentally. Two years in, we’ve had enough.

But the truth is that most of us were exhausted well before the pandemic. In a 2005 Statistics Canada survey, almost a third of working Canadians described themselves as workaholics. And the trend has sustained itself over time. In 2015, 60 percent of Canadians surveyed by the Angus Reid Institute (mostly managers and executives) admitted that they regularly or occasionally worked overtime, and about half of all respondents said that working overtime was a choice. This suggests just how heavily workaholism is ingrained into North American society: many of us value our jobs over our leisure time, think the ideal worker is one who is always available, and associate what we do for a living with our identities.

In Canada, full-time employees are legally entitled to a minimum of only ten paid days off per year. And that doesn’t include contract, temporary, and gig workers, who usually don’t get any paid time off at all and can’t afford to take vacations due to stagnating wages and increasing costs of living. This pales in comparison to the policies of many other countries. Back in 1993, the European Union established legislation mandating that all full-time workers get at least twenty days of paid vacation per year. Some countries go further: at thirty days off, France has been deemed the most generous among OECD countries when it comes to annual leave, according to a 2013 report by the Center for Economic and Policy Research. Even in the UK, which is known for its hard-work mentality, employees get twenty-eight paid days off.

And it’s not just Europe. In Brazil, it’s forbidden to make employees work on national or local holidays, and workers get thirty annual paid days off after their first year—in addition to a Christmas bonus, equivalent to one month’s salary, meant to account for extra spending over the holidays. Similar annual bonuses for permanent employees are common across Latin America. Why does Canada lag so far behind?

According to Malissa Clark, an associate professor at the University of Georgia who studies workaholism, the culture around time off in North America has been reinforced by our legislation. Since the law in Canada says we need only ten days off each year, we’ve grown accustomed to the idea that work should take priority in our lives. This translates not only to fewer vacation days but to more time spent at work in general. The average unpaid overtime for Canadians in 2020 was eight and a half hours per week, according to Statista. And a recent survey by ADP found that only one in five Canadians used their full vacation days in 2020.

The irony is that all this extra time spent working doesn’t lead to greater output. One prepandemic study conducted by a Stanford University professor found that, when workers put in more than fifty hours per week, their productivity drops drastically: someone who works about fifty-five hours per week, he concluded, will be just as productive as someone who works seventy. Meanwhile, there’s plenty of evidence that taking vacation time has the opposite effect, improving both productivity and mental health.

Some countries have recognized that less is more, trying out shorter workweeks in addition to generous vacation policies. Between 2015 and 2019, Iceland famously piloted a thirty-five-hour workweek, which turned out to be an “overwhelming success.” Now, about 85 percent of workers in the country have the option to work less. A New Zealand company found similar success with a four-day workweek in 2018. The country’s prime minister, Jacinda Ardern, has since said that a shorter workweek would make for a better work-life balance postpandemic. Even in Japan, a country known for long work hours (the Japanese term karoshi means death by overwork), the government’s economic policy has recommended a shorter workweek. The results have been overwhelmingly positive: not only are employees able to achieve the same results in fewer hours, research has shown that a four-day workweek contributes to lower turnover and less employee burnout.

For some, the pandemic served as an opportunity to reevaluate their relationship with work. Last year, psychologist Anthony Klotz coined the term “the Great Resignation” to describe the trend of employees quitting their jobs. It has been estimated that more than 4.5 million Americans left their jobs last November—the highest number recorded in the past two decades. Resignation isn’t as prevalent north of the border, but a recent report from ADP Canada and Maru Public Opinion did find that, for employees, having a work-life balance now outweighs higher pay.

“People are thinking more about their roles in life, be it a work role or a family role, and how these things are valued and how long you want to spend with each one of them,” says Clark. While a shift in mindset is a good place to start, legislation still needs to change to align with those values. Ontario’s new “right to disconnect” law, which received royal assent last December, could be a first step. Meant to address the burnout those who work from home have experienced during the pandemic, the law—which is similar to ones that exist in France and Spain—ensures that staff in companies with over twenty-five employees can completely switch off outside of working hours, meaning they won’t be expected to respond to calls or emails during their free time. At the federal level, the Liberal party is looking to implement a similar policy.

Much has been said about the law, with some arguing that it won’t do enough to combat workaholism. First of all, it doesn’t take into account people who have multiple jobs or contract and gig workers, who don’t have the same rights full-time employees do. Instead, there needs to be a bigger cultural shift toward companies valuing their workers, offering higher pay and benefits, and understanding the importance of time off.

It may seem like a great idea to build workplaces with amenities like yoga studios, game rooms, and cafeterias—as so many Silicon Valley companies have done—but setups like this send the message that people should live at work instead of taking time away. Over the past few years, some employers, like The New York Times Company, have pivoted their approach, implementing global days off to address burnout. Others have gone further by offering unlimited time off or vacation incentives. At Full Contract, a tech company based in Silicon Valley, perks include twenty-six universal days off, unlimited vacation days, and a $7,500 (US) bonus to be used during that time, as reported by Monster. The catch is that, if employees do any work-related tasks while they’re out of the office, including sending emails, they don’t get the money.

These policies are still far from the norm, and Canada in particular has a long way to go before its work culture catches up with those of other parts of the world. But, if the pandemic has shown us anything, it’s that we all deserve a break.

“If there is ever a time to make these changes, it’s now,” says Clark. “I can’t think of a time that we’ve needed it more.”

Sheena Rossiter is an assistant professor at MacEwan University, and formerly the senior digital producer at The Walrus. From 2013 to 2017, she was the Rio de Janeiro correspondent for Monocle and a senior video journalist at Perform Group (now DAZN). She has produced various documentaries and podcasts, including 2018's 3 Siblings. 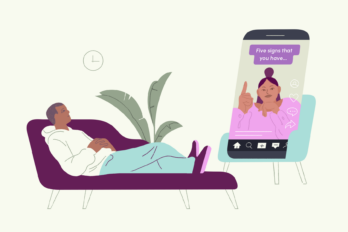 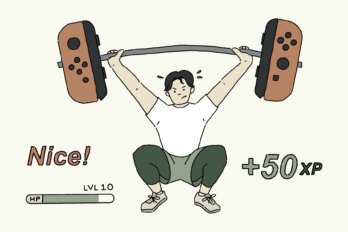 The Gamification of Fitness: Are We Getting Played by Our Exercise Apps? 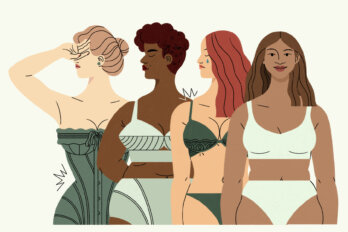 Underwire Under Fire: How the Pandemic Changed the Bra